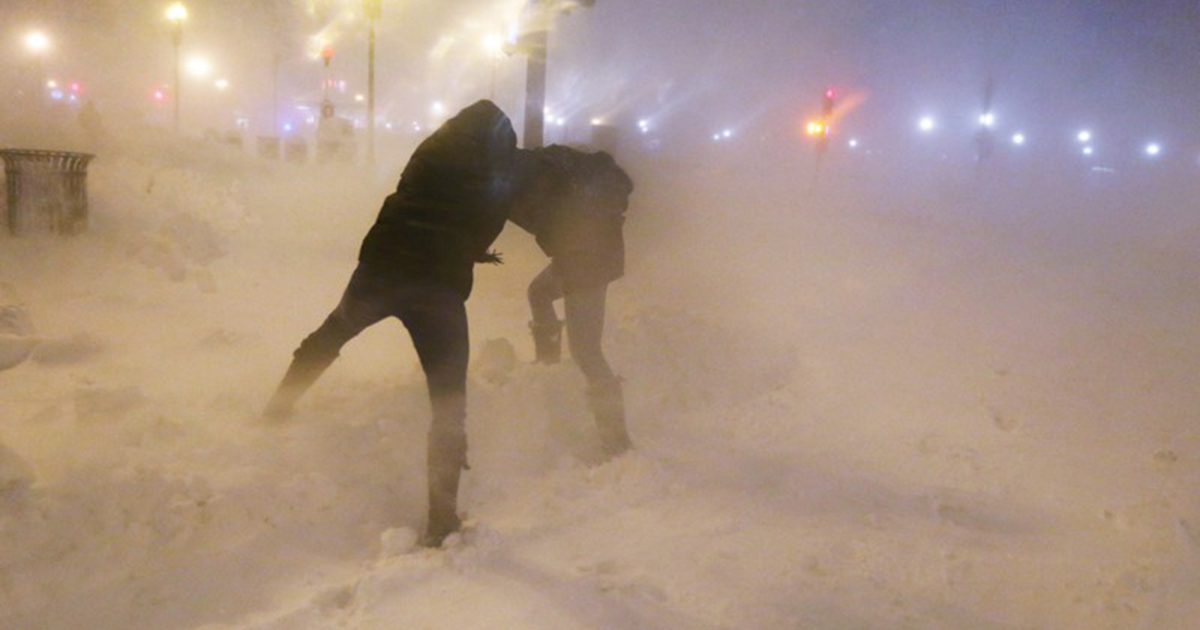 Meteorologists warned a “bomb cyclone,” expected to strike Thursday, will likely result in 6 to 12 inches of snow in New England, accompanied by 40- to 60-mph winds as the massive winter hurricane heads north.


Georgia Gov. Nathan Deal issued a state of emergency Tuesday for 28 Georgia counties ahead of the storm. The National Weather Service expects a nasty mix of freezing rain, sleet and snow in Florida and Georgia.

As of Wednesday, at least 11 people in the U.S. have died due to the freezing weather, CNN reported.

What is a bomb cyclone anyway?

A bomb cyclone is a result of bombogenesis, the term used to describe a winter hurricane, or “a midlatitude cyclone that rapidly intensifies” due to its low-pressure system, according to the National Oceanic and Atmospheric Administration.

“This can happen when a cold air mass collides with a warm air mass, such as air over warm ocean waters,” the NOAA website states. “The formation of this rapidly strengthening weather system is a process called bombogenesis, which creates what is known as a bomb cyclone.”

During bombogenesis, the storm drops at least 24 millibars in 24 hours, producing a bomb cyclone.

This week, the arctic blast from bombogenesis is likely to result in high winds, heavy snow and bitter cold weather along the East Coast.