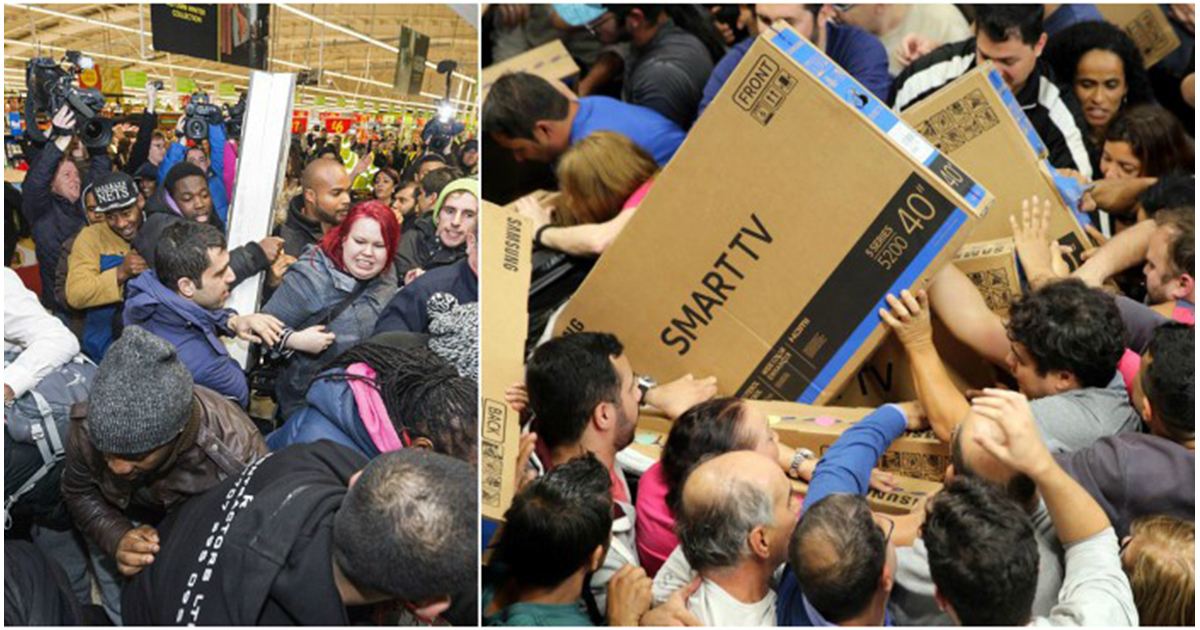 Every year as the Black Friday deals get better, human behavior gets worse. This year, it would appear that the sales have reached an all-time low, and stores across America were closed as brawls erupted in the aisles, with customers fighting over the heavily discounted goods.

Video footage of pure chaos saturated Twitter this morning as stores opened their doors, inviting customers in to buy their goods at a reduced rate. In one clip, two women can be seen violently clashing whilst an exhausted security guard attempts to separate them.

But, more shockingly, a shopper was shot whilst in the parking lot at a mall in Columbia, Missouri. The 19-year-old, who is yet to be identified, is apparently in a critical condition in hospital.

The mall where the incident took place was immediately closed as police investigated the crime, which they have refused to comment on. It is not clear if the incident was related to the sales or not.


This wasn’t, however, the only serious injury to take place this Black Friday. The Riverchase Galleria in Birmingham, Alabama, was shut early after paramedics were called to the mall to attend to a shopper with facial injuries.

The pandemonium began at 5 pm when various stores opened their doors for their one-day sales extravaganza. Using doorbuster deals and limited-time offers, they enticed thousands of sale-hungry shoppers through their doors.

Those brave enough to take the bait were rewarded with shelves stocked to the brim with discounted goods to compensate for the fact that they had abandoned their families and a turkey dinner early in order to bag a bargain.