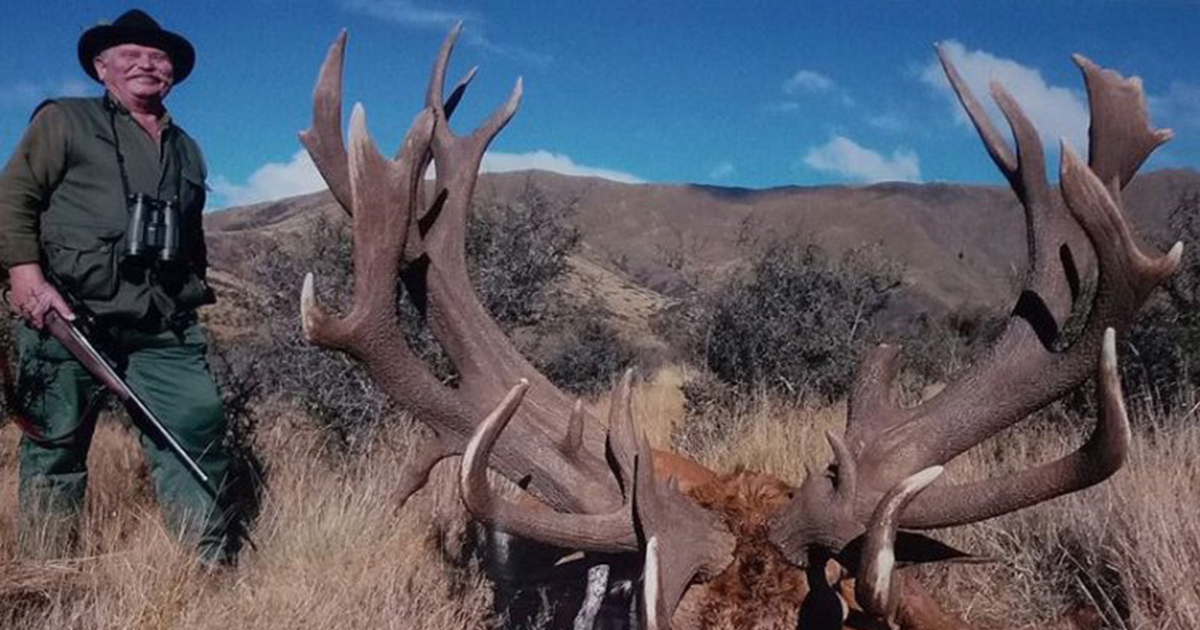 A TROPHY hunter has been shot dead in a freak accident, shortly after killing a lion as part of a controversial ‘canned hunting’ expedition. The 75 year-old from Croatia had a second big cat in his sights when he was fatally injured at a remote farm in South Africa. Pero Jelinic had travelled to the country’s North West province with two friends to hunt the cats ‘to complete his extensive trophy collection’ when he was struck by the bullet. According to a close friend and passionate fellow hunter, the hotelier from the island of Pag, coveted the head of a lion ‘to crown his rich hunting career’ and had leased his hotel to devote his time to fulfill his dream. The property where Saturday’s killing took place keeps lions in captivity purely to be hunted as trophies in a ‘sport’ that has been widely condemned.


It’s never nice to write a story about someone dying, but it feels slightly better when you’re talking about a guy who purposefully went out into the wild to hunt and kill animals for his pleasure.

75 year old Croatian Pero Jelenic was hunting lions in South Africa when a stray bullet hit him and killed him in what is being described as a freak accident. Apparently Jelenic has already killed one lion and was lining up another one in his sights when he received the fatal wound.

Jelenic was airlifted to hospital but doctors were unable to save his life. Police said that at this stage they were fairly sure there was no foul play involved in his death, but are still investigating who shot the fatal round or whether it was some kind of gun malfunction.

Jelenic’s friend Slavko Pernar said the following about him:

Pero was a passionate hunter of big and small game, and in search of that he travelled most of the world.


He wanted to get a lion trophy after hunting everything that could be hunted in Europe.

‘For the past year he had leased his hotel to dedicate himself to the things he planned to accomplish and enjoy a deserved retirement.

He, unfortunately, received the ugliest end – he died in South Africa doing what he loved.

His office, a hunting hall, was full of trophies, deer and bear specimens and everything that could be hunted in Croatia and Europe.

Sounds like he really loved going around shooting defenseless animals huh? Still it’s never nice to talk about somebody dying so RIP to him – maybe his fate will convince other people that this isn’t a way to live your life.