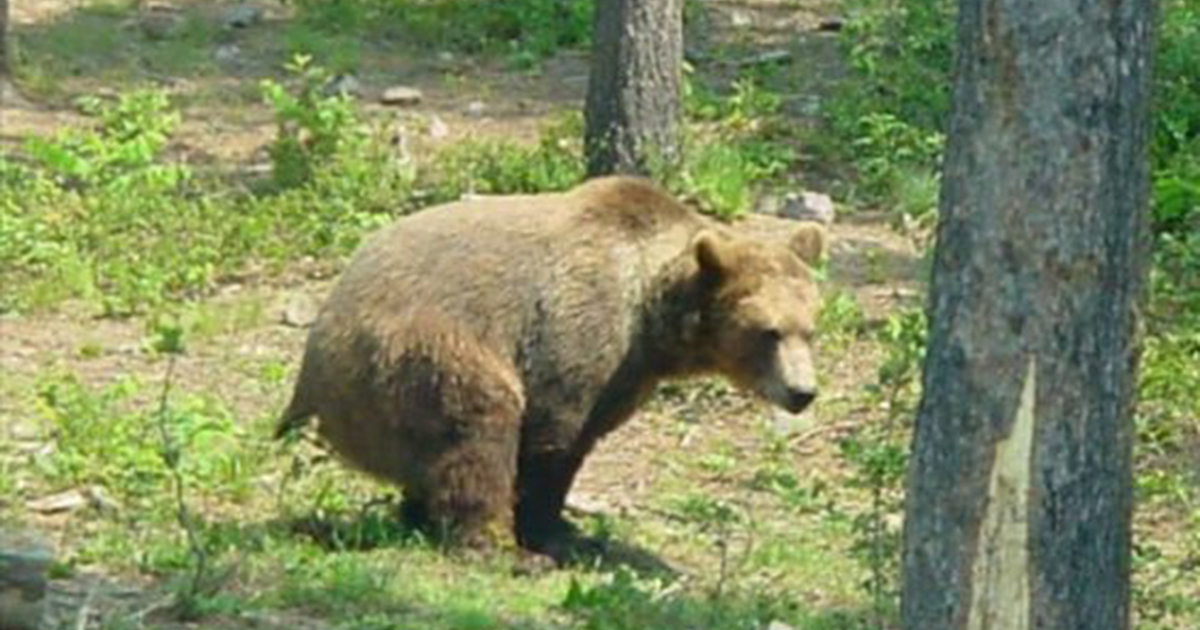 A bear in Wyoming decided to give a man a bit of a startle on when it wandered into the home he was renting, pooped on the floor twice, and abruptly left.

Leaving only it’s excrement behind, the bear made its way back into the woods after his short tour of the Jackson, Wyoming house.  Max Breiter said he woke up from his nap to nap to discover a bear inside his home, and the animal “took two poops” before wandering away.

Breiter said he was sleeping when the bear first entered his home on Upper Cache Creek Drive in Jackson.  But he didn’t wake up to the sound of the bear defecating in his house, he woke to the sound of his 10-pound dog, Rocky, yelping. Breiter said he got up to take the dog outside, but he spotted a large animal in the kitchen that he initially mistook for a large dog. “At first I thought it was a dog,” Breiter told the Jackson Hole News & Guide, “but I started to wake up and realize it was a bear.”

The bear left a paw print on Breiter’s window as evidence of its breaking and entering. Rocky, Breiter’s dog, was enclosed in a nearby room when he began his barking. The confinement turned out to be fortuitous.  Breiter didn’t let Rocky out right away either. Instead, he and the bear began an eight- to 10-second staring match followed by the realization that he was face to face with one of the earth’s most feared animals. Once Breiter woke up fully to realize what was happening, he made a mad dash away from the bear that had taken over the kitchen to the safety of a locked bathroom. A flurry of calls went out to seven people who were also in the house at the time as a warning. They also locked themselves inside rooms.

“The bear walked into the living room and took two poops on the floor,” Breiter said, “and then it broke out of a screen window and proceeded to run down the hill.” Homeowner Sandy Hessler was in Montreal at the time of the incident but was updated on the curious bear’s tour of the house by her daughter and roommates. “I’m not sure what to do because we have the windows open all the time,” Hessler said. “The whole idea that we could be sleeping and a bear walks in, I’ve never thought about it.”

Wyoming Fish and Game have said they will take action against the bear unless it returns to the home again.

I suppose we now have the answer to the question, “Does a bear poop in the woods?” Answer: not always.