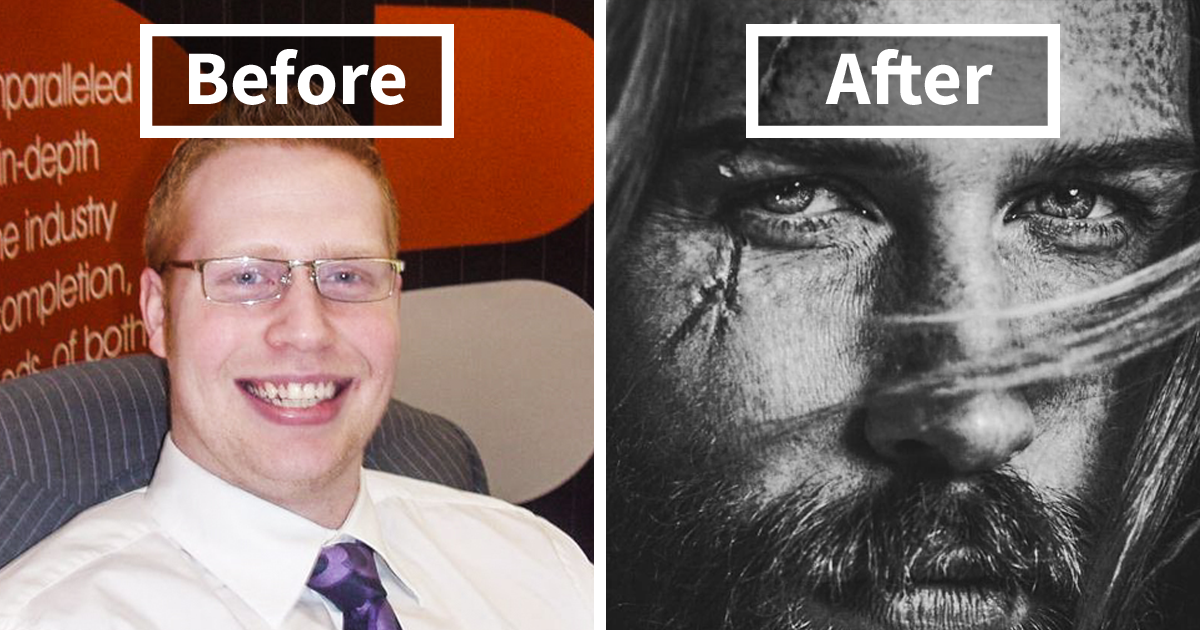 Sometimes even the smallest bit of advice can change your life dramatically. That is what happened to Gwilym Pugh, a 21-year-old with a successful desk job, yet some pretty bad habits. When his barber suggested him to grow a beard he could have never suspected that this recommendation will turn his life upside down.

The comment was made after Pugh’s barber found out that he plays in a folk band. According to him, the beard should have helped him look more like a folk musician. However, changing his facial hair wasn’t enough for Gwilym as he decided to change his lifestyle that he wasn’t so happy about as well.

“At that time I was pretty overweight, working 12 hours a day, plagued with injuries which meant I couldn’t train at all,” Pugh explained the Daily Mail where his journey began. “The business was doing okay, but I decided I needed to get my life in order and wanted to get healthy again.”

The guy claims that quitting the job that made him sit around for 9 to 10 hours per day was the best thing for his health. He has lost 90 pounds since he started his transformation that included changing his diet and beginning to exercise.

The things really started to escalate when his Instagram account was noticed by Welsh tailor Nathan Palmer and he was invited to model for his brand. Now Pugh is proud to be a part of London agency AMCK Models and working with names like Vand, Diesel, Bud Light, and the new David Beckham’s men’s grooming brand, House 99.

Scroll down to see the amazing transformation that lead a simple insurance man to his world-wide fame.

Gwilym Pugh was a shy man, working 12 hours a day from his home

This is how the man looks now

“A picture says a thousand words…. Coming from being 22 years old, overweight, plagued with injuries, and unhappy barely leaving the house”


Working as a model, Gwilym is even an ambassador of David Beckham’s new male grooming brand

Despite his success, Gwilym remains humble

“Having worked in finance for years, the opportunity to work with creative people and travel around the world is amazing”