Bakersfield firemen rescued and revived a small dog suffering from smoke inhalation last week after appearing to be unresponsive when carried out from a burning one-story home.

On the Bakersfield Fire Department’s Facebook, firemen told the story about the little white dog, who at first glance seemed utterly lifeless. 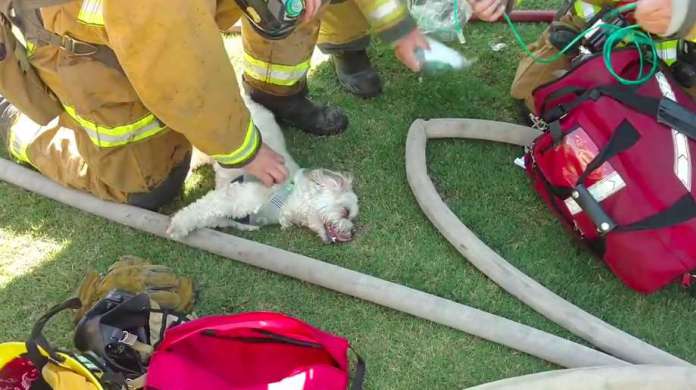 “The small breed dog was pulled from the interior unresponsive, with semi-agonal respirations, and as its concerned owner looked on, BFD Firefighters revived the pet using a specialized animal oxygen mask and high flow oxygen.”

In addition to the firemen using the oxygen mask, they gave the pup a “good ole fashioned back rub” to stimulate him into breathing on his own. It wasn’t long before he started to move.

According to the SFGate, the little dog named Jack continues to recover from respiratory injuries and burned feet. On Tuesday, the Bakersfield Fire Department were awarded the Compassionate Fire Department Award by PETA.

“BFD Firefighters are pleased to announce that our recently rescued patient, “Jack” has significantly improved. Jack spent the night receiving extensive oxygen therapy and suffered some respiratory tract injuries and burns to his feet, but is doing well now under a veterinarian’s care. Jack was reunited with his owners today and had a special visitor, BFD Fire Engineer Matt Smith (FS 1 C), who carried the canine from his burning home.” 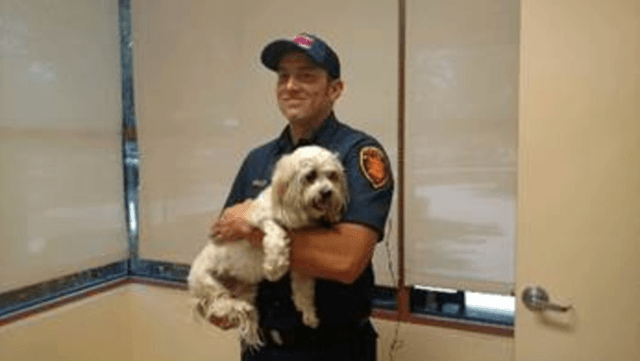 Is this just another reason we love our firemen? Indeed it is! Many thanks to the brave men and women who risk their lives to save everyone.

Photos and video courtesy of the Bakersfield Fire Department in California.