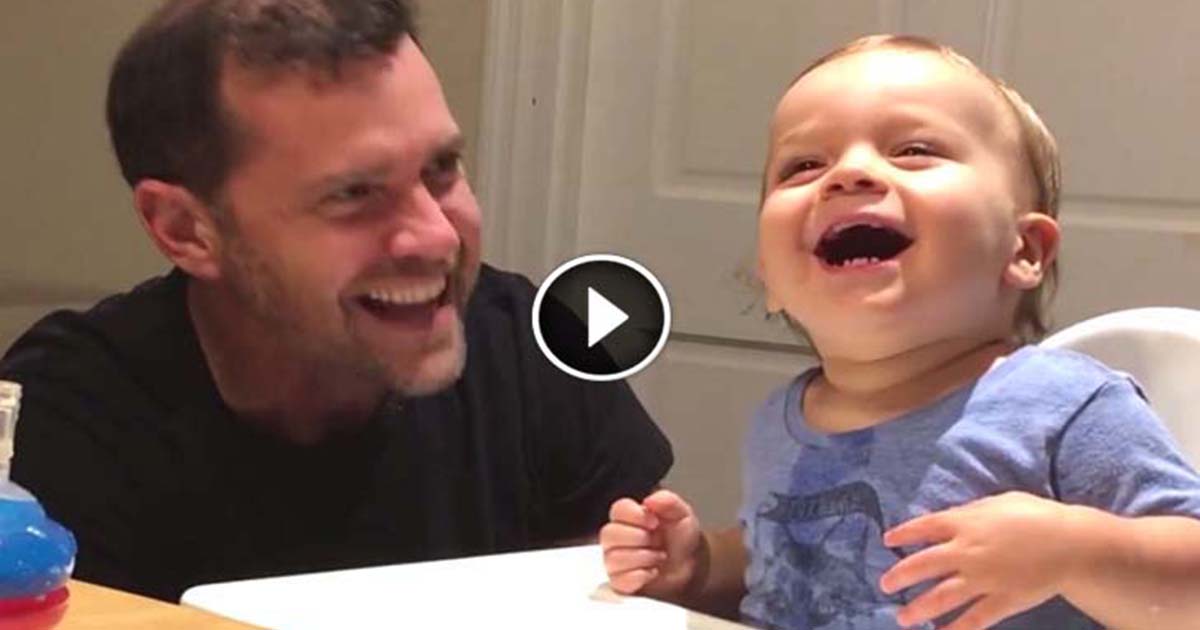 The internet is going crazy over an incredibly talented dad who, in addition to changing diapers and bottle feeding, just so happens to beatbox. It’s not just the dad who is wowing viewers, but it’s his adorable baby son as well.

Mom films as Dad starts out saying “yes” over and over, then catapults into his beatbox routine. Clearly the baby knows what’s coming, as he immediately starts jamming out in his highchair.

The range of sounds Dad can make with his voice is quite impressive, and the baby is just eating it up.

Hopefully this little one will follow suit and beatbox just like his dad when he’s older. You know what they say: the apple doesn’t fall far from the tree!