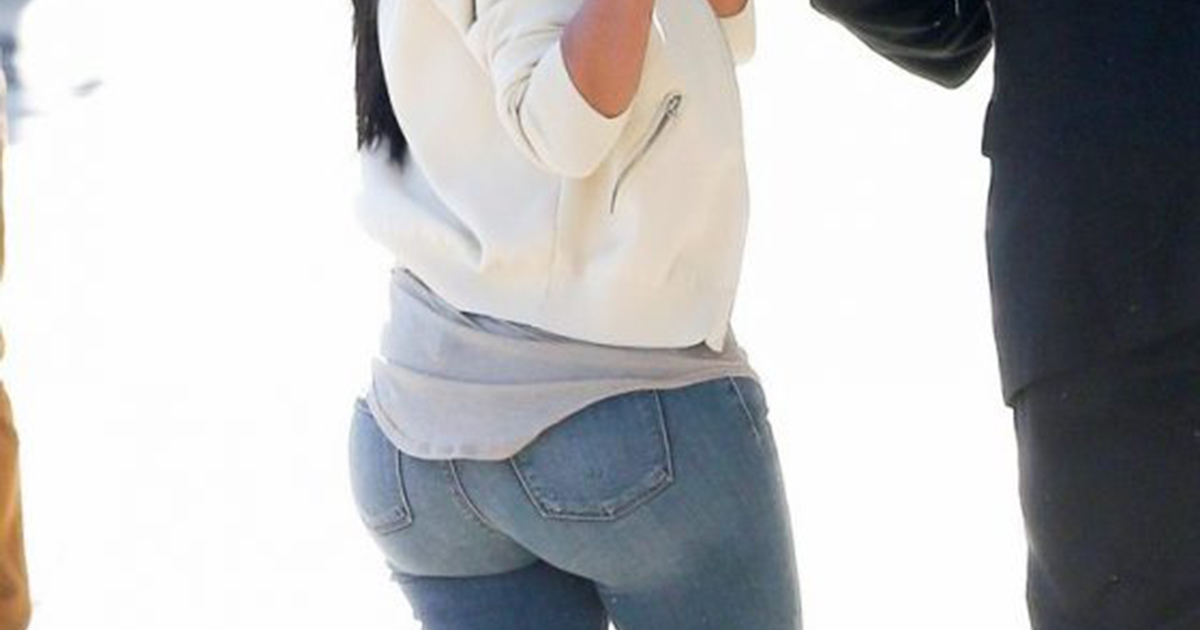 According to a new study done by scientists from the University of Oxford, women with larger butts are healthier and smarter than those with a smaller sized backside.

The scientists who conducted the research into the size of a woman’s butt basically came to the conclusion that “not all fat is created equal.” Those women who tend to carry fat in their butts and thighs (often know as pear-shaped), rather than their bellies (apple-shaped) have lower levels of cholesterol and are more likely to produce hormones that metabolize sugar.  This means these women have decreased rates of diabetes and heart disease.

According to ABC News, researchers analyzed data from 16,000 women and found that “women with more fat on the buttocks have lower levels of cholesterol and glucose” as well as higher leptin levels, a hormone responsible for weight regulation.

“The idea that body fat distribution is important to health has been known for some time,” said lead researcher Konstantinos Manolopoulous. “However, it is only very recently that thigh fat and a large hip circumference have been shown to promote health; that lower body fat is protective by itself.” But wait, there’s more. A large butt is also indicative of an excess of Omega 3 fatty acids. Omega 3 fats offer many health benefits and are found in salmon and spinach. They are also proven to catalyze brain development.

But you can’t change how your body stores these fats either. “You can’t direct or drive the fat in one part of your body versus another,” said Dr. Robert Kushner a professor medicine specializing in obesity at Northwestern Memorial Hospital in Chicago. “For the average person on the street, it’s determined by genetics.”


Researchers also found that children born to women with wider hips and larger butts are intellectually superior to children born to mothers with fewer curves. Since there is evidence of fat content in breast milk being derived from the lower half of a woman’s body, it makes sense that women with more fatty deposits down there store higher levels of Omega 3s than their slimmer counterparts and thus feed fattier milk to their offspring.

It is unclear if the fat in the thighs and backside are better for you than simply being thin, experts say. “If you’re a healthy thin weight, you’re going to be every bit as healthy as someone who has weight, but has all the weight in the lower body,” said Dr. Michael  Jensen director of endocrine research at the Mayo Clinic in Rochester, Minnesota.

“If you’re going to have fat, you’re definitely better off if you’ve got some fat in the lower body,” said Jensen. “If you look at people who have primarily the pear shape, they’re healthy in all the ways that this fat behaves. It’s not just less heart attacks or less diabetes, it’s all these ways we think about fat as an important organ for our health.”

This content may be freely reproduced in full or in part in digital form with full attribution to the author and a link to www.TheDailySheeple.com.