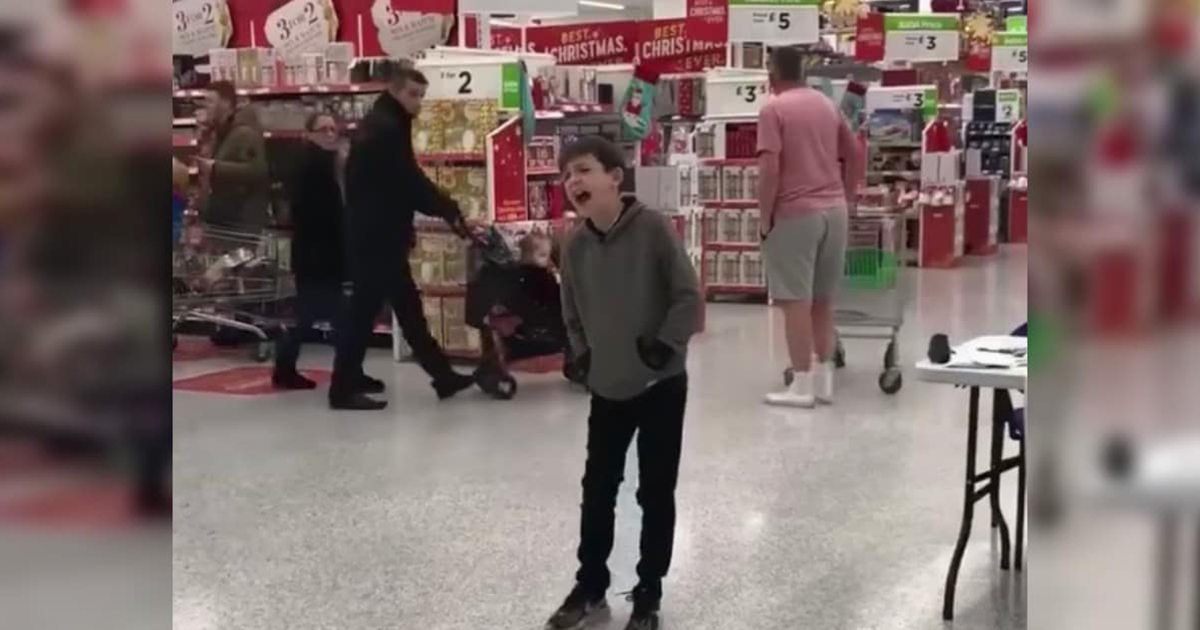 Shopping for groceries can be a mundane chore as you mindlessly walk up and down the food aisles looking for tins of beans. But shoppers in an ASDA store in the UK got a pleasant surprise when a young boy suddenly broke into song in the middle of the store.

10-year-old Calum Courtney gave everyone a shopping trip to remember when he nervously took centre stage in the middle of the shop floor and began to sing. Belting out ‘Who’s Lovin’ You’ by Smokey Robinson, Calum shocked passers by with his impressive vocals that are surprisingly advanced for his age.

What may also surprise you is that Calum has autism, so to stand in front of people and sing is a very big step for him to take. But you wouldn’t think he had any issue with confidence as you watch him blow the roof off with his vocals.

With his hands tucked nervously into his pockets, Calum riffs and belts his way through the song, stopping shoppers in their tracks and urging them to donate to the nearby stall for ‘Mind’, a mental health charity.

Calum uses his talent to inspire himself and others to put aside their difficulties and embrace the happiness that music can bring. It definitely makes him a perfect representative for the charity ‘Mind’.


If Calum continues to nurture his natural talent, I am very sure that he could have a bright future ahead of him. I wouldn’t be surprised if this performance in the supermarket has even landed him a recording contract.

Watch the video of Calum’s casual performance below and prepare to be blown away by his amazing vocals; they just keep getting more and more powerful as the song goes on. What an amazing talent!