Ever looked at a cement mixer and thought “You know what? That thing would make an AWESOME disco ball!” Probably not. But French artist Benedetto Bufalino did. He didn’t just think it though. He actually went ahead and made one. And as you can see, it’s pretty freakin’ fabulous.

The installation – titled Disco Ball Cement Mixer – was parked on a construction site in Lyon, France from December 8th to the 10th. Bright spotlights were aimed at the truck so that when the mixer turned, it caught the light and threw out patterns just like everybody’s favorite dance-floor accessory. Nearby residents and passers-by couldn’t help but stop and stare at the unexpected spectacle, while others made the most of a rare opportunity to dance in the beams of the over-sized disco ball. And who can blame them! 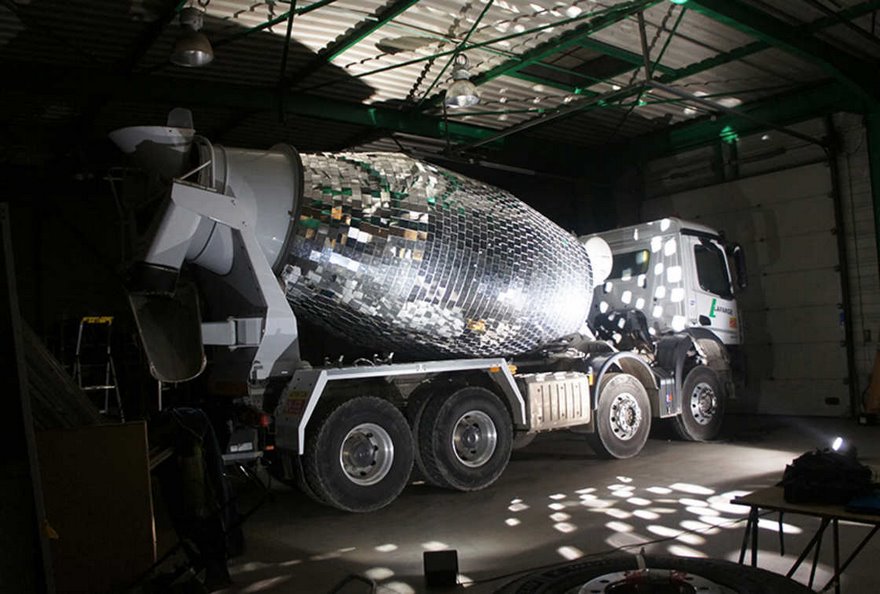 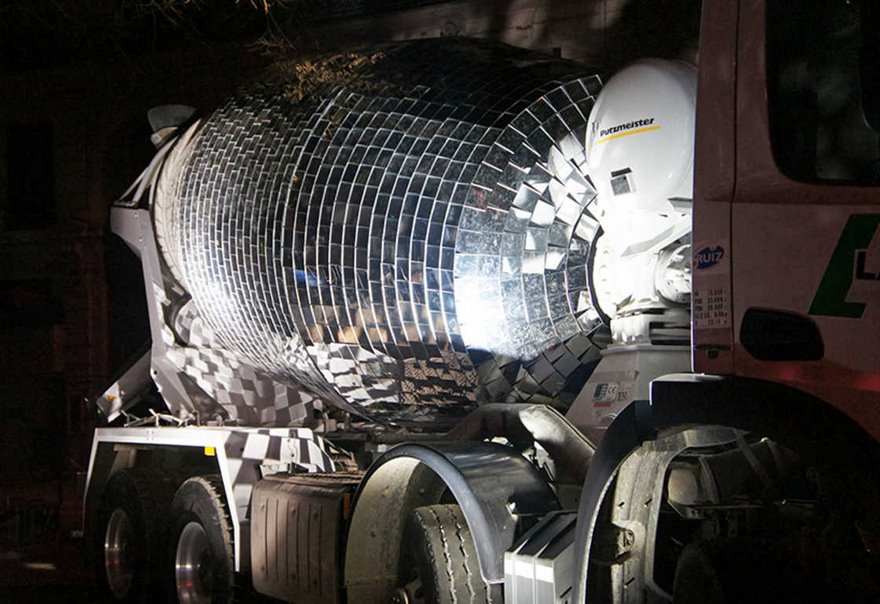 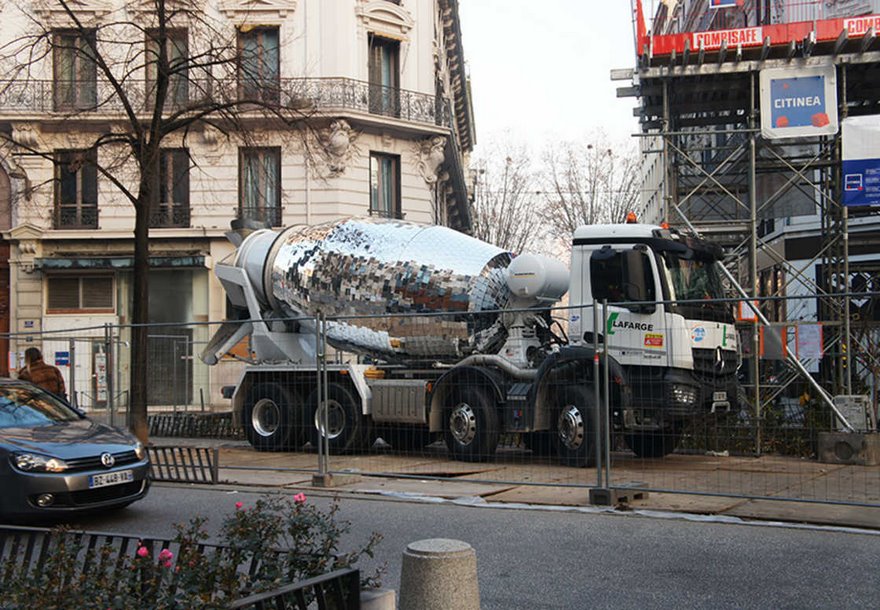 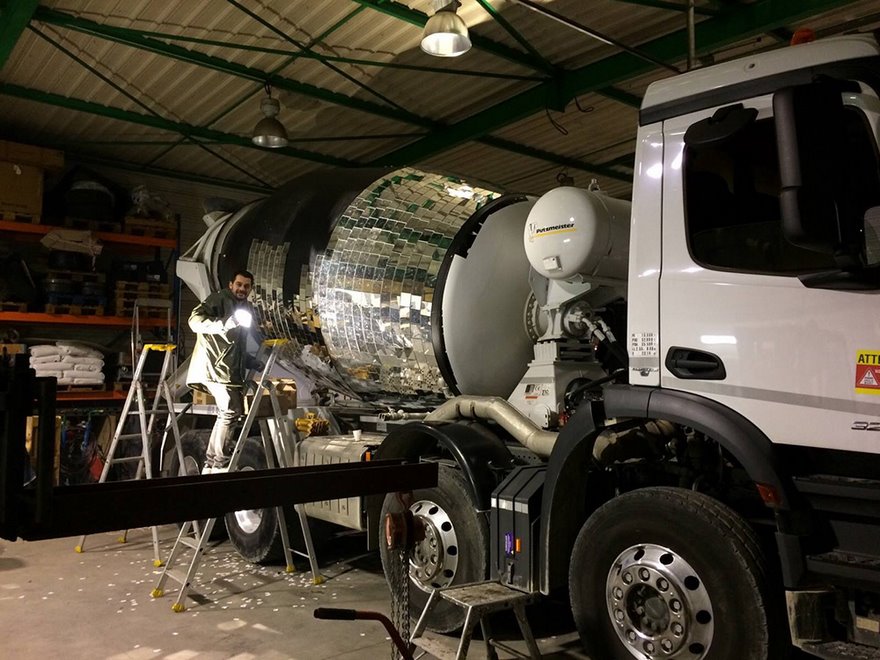