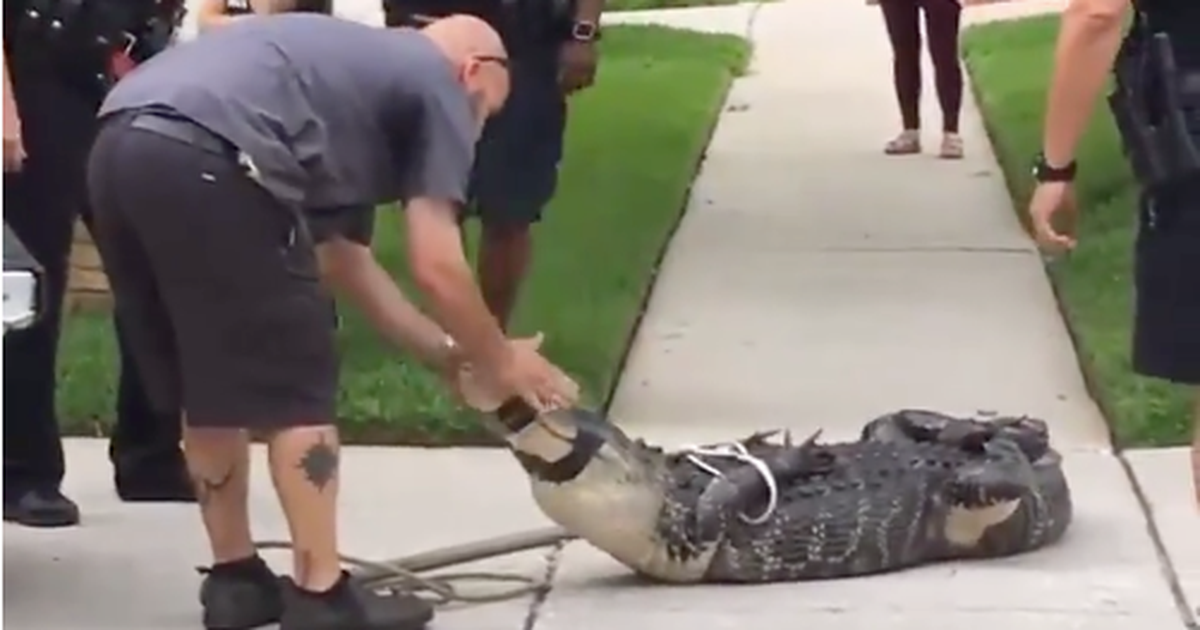 A trapper that captured an alligator was knocked out cold with a headbutt from the gator.

In a video captured by a local NBC affiliate, the alligator was restrained by zip ties. It had been wandering through a central Florida neighborhood, endangering the kids who play outside.

“There’s gators everywhere,” one person in the video can be heard saying. “And they’ll be on the road and I literally have to get off the bike and walk around them.”

The trapper in the video seemed to tease the gator, whose mouth is taped shut. The trapper smacked the gator’s snout, tapping it as it squirmed away from him. It’s unclear if this is a tactic used to calm the gator, but it did not seem to enjoy the tapping.

An alligator roaming through a central Florida neighborhood head-butted a trapper, knocking him out cold in a last-ditch effort to escape. https://t.co/ZkGU5QYwaF pic.twitter.com/YzZNP26iug

When the team of officers hauled the nine foot long reptile into the back of a pick up truck, the it flung its body up and managed to headbutt the trapper to the ground. The trapper was knocked out for a good three to four seconds as the gator, still restrained, slithered out of the truck bed. He was hit so hard, his glasses flew off his forehead.

According to NBC4i, the team managed to get the slippery gator back into the truck by dragging it up with a wench.

At least the gator got its petty revenge before being caught for good.