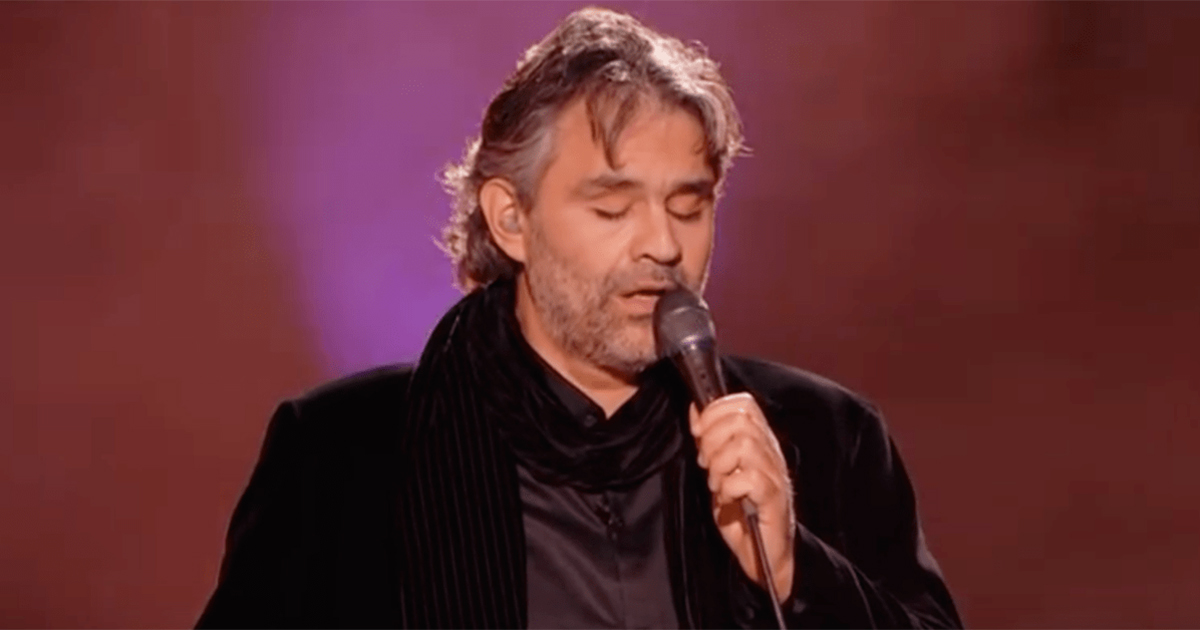 Andrea Bocelli is a living legend, known globally for his incredible opera singing and other classical genres that he occasionally dabbles in. Though his talents are strong and varied, he tends to keep things outside of the realm of opera to himself.

As you can imagine, his fans were left quite in disbelief when he decided to perform a cover of Elvis Presley’s “Can’t Help Falling In Love” for his audience at the Lake Las Vegas Resort.

The famed opera star’s fondness for the classic Elvis song is evidenced in the emotion Bocelli’s face shows during the performance.

After jesting with his pianist, Andrea turns to the crowd and with the backing of the orchestra, the blind opera singer held tight to the microphone and belted out the song with forceful emotion.

Andrea was diagnosed with congenital glaucoma shortly after his birth which made him partially blind, at the age of 12 he completely lost his vision when he was hit on the head during a football game. Through his blindness, Bocelli discovered his love for music and used it as an outlet.

The song left much of his audience with their mouths open in astonishment as he effortlessly sings one of the most beautiful renditions of the song you’ve ever heard.


His performance ended with an eruption of applause from his fans and we’re not shocked that his performance has had over 21 million hits on YouTube.

If you are a fan of either Elvis Presley or Andrea Bocelli, I cannot recommend this performance to you enough! The singer and song come together in pure harmony.

Don’t forget to watch the video below and share if you enjoyed this article. Also, we love to hear your opinions so please let us know what you thought in the comment section below.