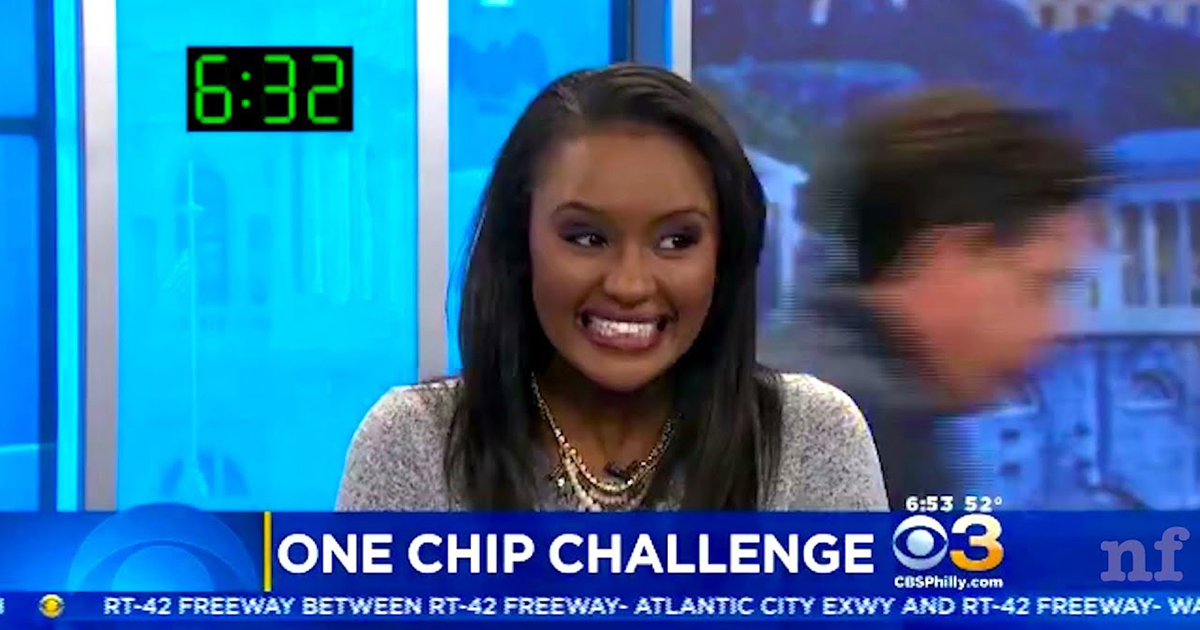 In other words, it’s a task that’s designed to decimate the vulnerable and make a spectacle out of their suffering. Hell, it’s made newscasters throw up on live television. Donovan and Solomon had been inclined to try the challenge out after seeing Shaquille O’Neal brave it without wincing.

In the clip, Solomon warns Donovan that she’s Ethiopian and, as a result, has had a high spice tolerance wired into her from an early age. You can probably guess what happens next, but it’s still satisfying to watch: Once Donovan bites into the chip, he begins to writhe in agony. His face becomes a canvas of discomfort, while Solomon remains deliriously sweat-free. She offers him water and milk. She calmly asks if he needs a medic.

SO this happened ! Hats off to Jim for even taking the challenge but leave the spicy food to me, friend!! #onechipchallenge CBS Philly