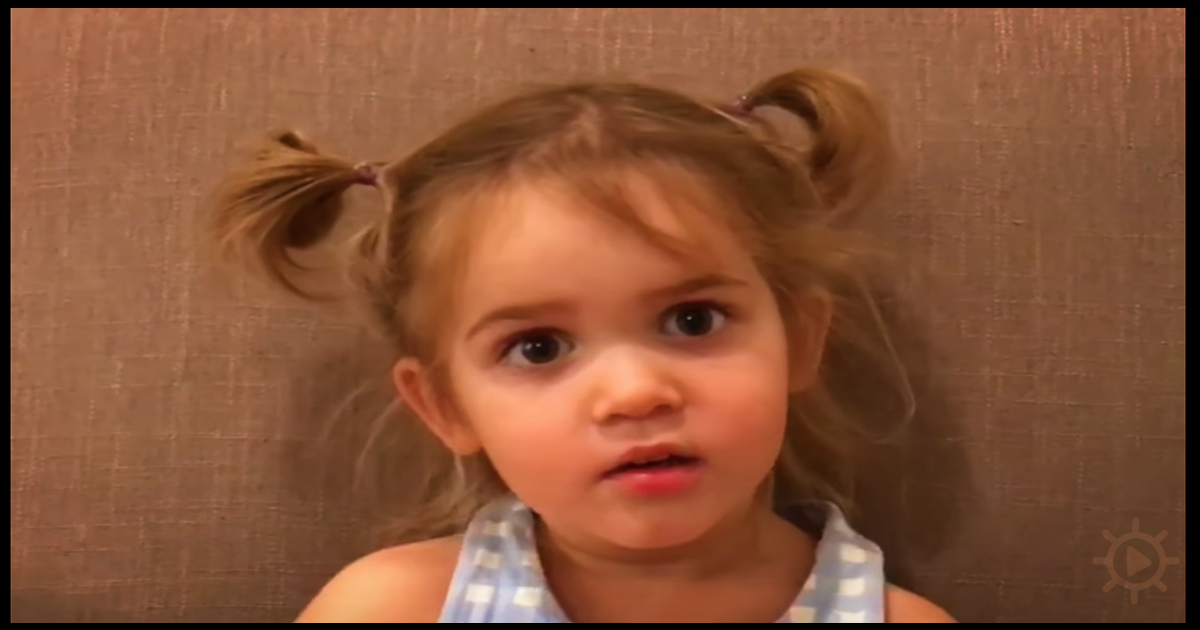 Mila Stauffer is an adorable three-year old girl. She’s also one of the internet’s newest celebrities. Mila is a sassy toddler who sighs and rolls her eyes while complaining about drama in her life or life in general. She’s ranted about airport security, playdates gone wrong, Disney World, preschool, skincare, slow walkers, Arizona summers and many other topics.

It all got started when Mila and her twin sister Emma were sitting on the floor talking about what they might be when they grew up. Their teenage sister Kaitlin happened to film it. Mom posted the video on social media and it’s since had literally millions of views. Emma isn’t really all that into making videos, but Mila takes to it like a duck to water. The twins have actually made some appearances in advertisements, although the deadlines have to be very… flexible… These are, after all, toddlers.

Your typical toddler still believes in Santa Claus. For parents, havomg their kids believe that a Jolly Old Elf travels by flying reindeer sleigh from the North Pole to deliver presents is a harmless bit of fun. Sure, the kids will find out the awful truth one way or another, but in the meantime, everyone can enjoy the old traditions: leaving out cookies and milk for St. Nick and some carrots for the reindeer.


One of Mila’s recent videos is about Santa Claus. She believes in him, make no mistake about that, but it doesn’t mean she’s free of any and all doubts. Mila suspects he’s being used by her parents to manipulate her. “It’s not my first rodeo.” She certainly thinks “better not shout, better not cry” is holding children to an overly high standard. Check out the video posted below to see her cute and funny monologue.

Kids say the darndest things, don’t they? What do you think of Mila and her attitude? Let us know in the comments at Facebook. Be sure to like and share!

The post An adorable toddler has some harsh words for Santa Claus appeared first on Madly Odd!.