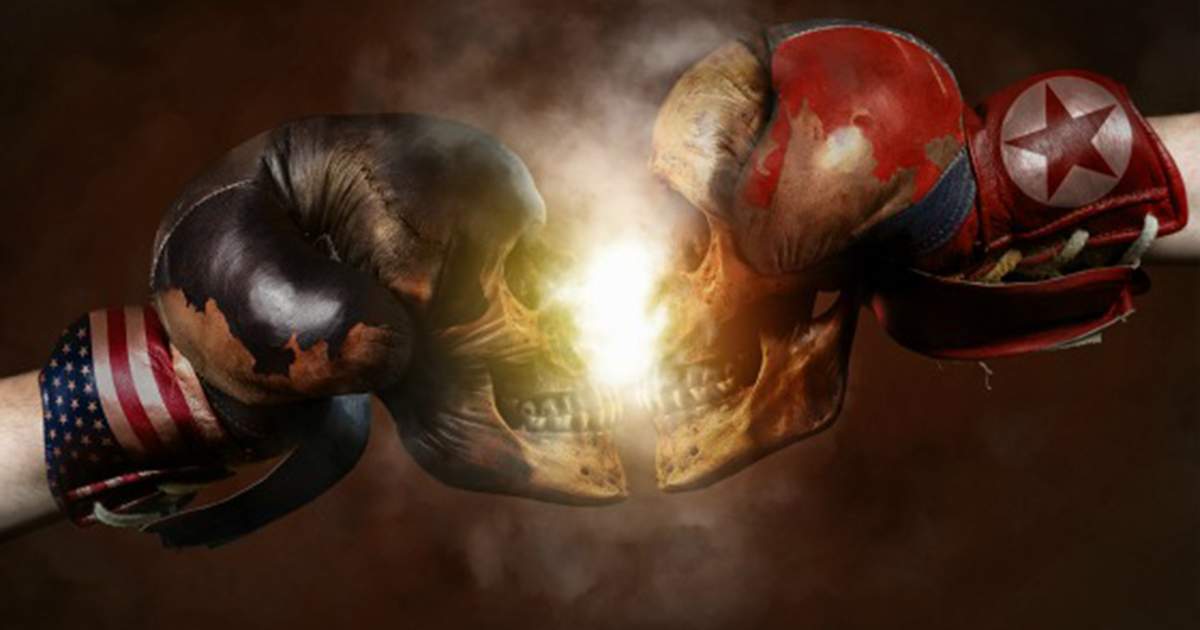 
By now everyone is tired of threats from North Korea and the attention of the public has been diverted to other more “important” things, such as sexual harassment charges in Hollywood, against members of Congress, and against every man alive in the Continental U.S. The public is still focused on GQ’s “Man of the Year,” Colin Kaepernick, and the who the new “front man” is for the band Stone Temple Pilots.

Once again, the North Korean threat has been downplayed and deflected. So, how about in Alaska? Not quite the case there, according to an article in the Mirror entitled “Alaska urged to prepare for North Korean nuclear attack as residents told to have emergency stash of food and water,” by Michael Havis on 11/15/17.  Here is an excerpt from that article:

“Alaska is being urged to prepare for a North Korean nuclear attack – amid fears that a warhead could reach residents in 20 minutes.”

Now as it runs, take a look at this “sagacious” advice from a guy named Jeremy Zidek from the Alaska State Disaster Planning Team. Here’s what Mr. Zidek advises:

“We have the missile defense system here. We have missiles and radars in a number of different locations. Perhaps there would be some type of attack on those military facilities to try to hinder our ability to react to any missile launches.”

Mr. Zidek also warned that Alaska no longer retains bomb shelters and that there would be no new measures to deal specifically with the nuclear threat.

“There could be evacuation notices put in place but are we going to be able to get that amount of lead time to instruct people to actually evacuate an area? Really the recommendation for people during a nuclear attack is to shelter in place and find some type of secure location that will protect them from that blast. So, with a mass evacuation, if people leave their homes, schools and businesses to try to get out of the area, we may be putting more people at risk. What we’re recommending people do is the same thing that they would do for any other type of disaster preparedness. That is: have a family emergency plan so that they can get in touch with their families quickly, and have an emergency supply of food, water, and first aid.”


No biggie, huh? This is the “State of Readiness” that is not just to be found confined to Alaska, but to the entire United States.  Zidek’s “advice” is for those who may be in a target area to “shelter in place.” That ought to be effective, right? Along with the nonsense of a “family emergency plan so that they can get in touch with their families quickly.”

That should run well, considering an EMP (Electromagnetic Pulse) attack will knock out all of the telephones and electronic equipment.  Also, Zidek did mention an attack prior to the actual “nuclear attack.” See, he knows! The North Koreans would drop off several teams of saboteurs from either submarines or via parachute to destroy or disable radar stations and missile early warning facilities.

Zidek is privy to all of the intelligence that the state of Alaska can muster. He knows the threat capabilities of the North Koreans and doesn’t care how many people die…just as long as a panic doesn’t ensue, and (even unto the very end) the existing social, economic, and political order is maintained…without any “waves” or “glitches.”

But Zidek will be either out of the strike zone, or on his way to one of the shelters that does still exist and function…the ones for government in line with state directives and with COG (Continuity of Government). Here’s the punch line: Jeremy Zidek is a member of FEMA and the DHS. The bottom line: there is no Civil Defense Program and no shelter system in place for the U.S. and Americans to turn to. There is nothing of any use, and the only emergency measures are the ones we maintain on our own.

Contributed by Jeremiah Johnson of SHTFPlan.com.