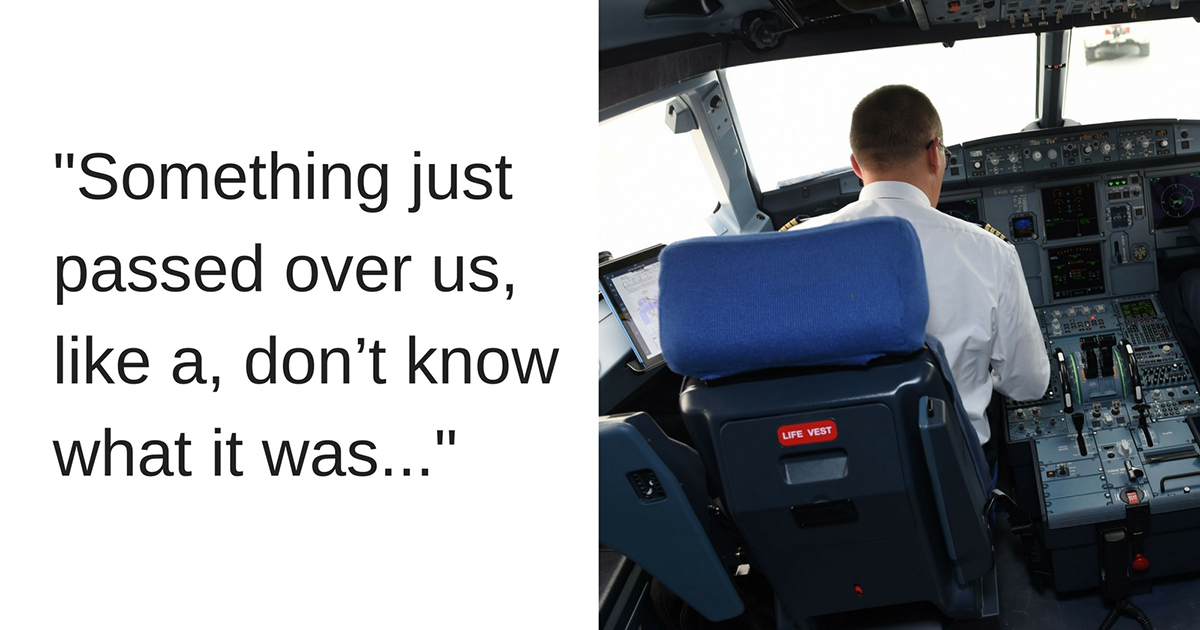 When you’re flying a commercial aircraft 39,000 feet above the ground, the last thing you expect to see is something above you. On February 24, 2018, however, two separate pilots caught sight of an unidentified flying object (UFO) 40,000 feet above southern Arizona. The Drive obtained an audio recording of the communications between pilots and air traffic control as the bizarre event unfolded.

The UFO was first sighted by a Learjet, who quickly reported the object to Albuquerque Center air traffic control.

I don’t know what it was. It wasn’t an airplane but it was, the path was going in the opposite direction.

Air traffic control reached out to a nearby American Airlines passenger jet and told them to be on the lookout for something higher up. The pilots were reportedly incredulous; what could possibly be above them? Minutes later, however, they stood corrected:

Something just passed over us, like a, don’t know what it was, but it was at least two, three thousand feet above us. Yeah, it passed right over the top of us.

The pilots weren’t able to discern any notable features about the object, other than the fact that it “had a big reflection.” After a brief argument over whether the object might be a Google Balloon, a voice on the recording declared it was a UFO.

It’s still unclear what the object was.

We don’t have any comment beyond what you hear. Other than the brief conversation between two aircraft, the controller was unable to verify that any other aircraft was in the area.

At 40 thousand feet above sea level, consumer drones and propeller-based planes are out of the question (neither are capable of flying so high). Balloons and experimental aircrafts are both within the realm of possibility, however. The location where the UFO was seen was, in fact, near two Air Force bases: Davis–Monthan Air Force Base and Luke Air Force Base. Lunsford seemed to believe air traffic controllers would be made aware of any military aircraft in the area, however:

We have a close working relationship with a number of other agencies and safely handle military aircraft and civilian aircraft of all types in that area every day, including high-altitude weather balloons.

UFO fanatics are sure to take this incident seriously, especially considering its proximity to the famous “UFO Crash” in Roswell, New Mexico.

Though that 1947 incident was later debunked by the federal government as a crashed high-altitude balloon which was meant to surveil the Soviet Union, many still believe the area has a long history of extraterrestrial encounters.

Perhaps this is the most recent one!