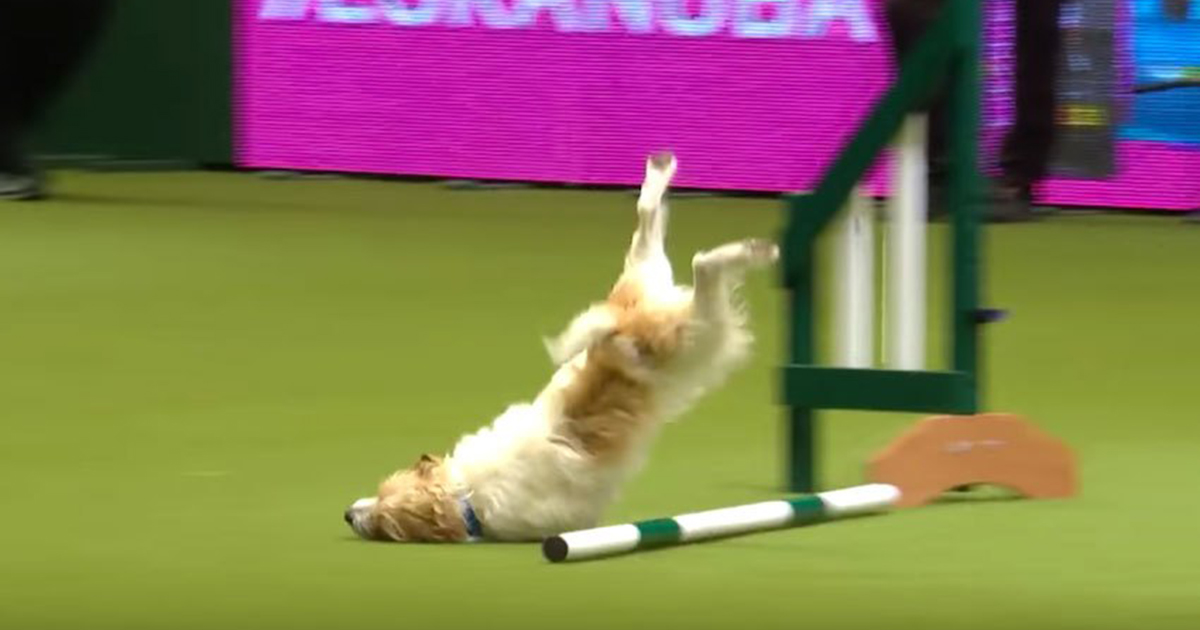 An excited Jack Russell left Channel 4 commentators in stitches after he went “totally crazy” during an agility course at this year’s Crufts.

The terrier named Olly was filmed competing in the agility arena of the world famous dog show with his handler Karen.

Hilarious footage shows the energetic pooch face-planting the floor after crashing through one of the barriers.

An announcer said while laughing : “Oh, what a nose dive! And he couldn’t care less.”

He refused to take any instruction from his handler Karen by ignoring other jumps and going through the tunnel the wrong way.

The announcer can be heard saying: “He’s all over the place and so he should be. He’s going the wrong way, but it doesn’t really matter, does it?

“He is an absolute handful. (He is) totally crazy and as you can see he’s having a ball. He loves life and exercise.”

Summing up his performance, the announcer said: “That’s one of the best shots I’ve seen in a long time.


Despite a hard fall, the energetic dog doesn’t want to stop. The performance has the announcer in stitches! 😂

The post Agility course fail doesn’t stop this dog, and it has the announcer in stitches appeared first on weloveanimals.me.