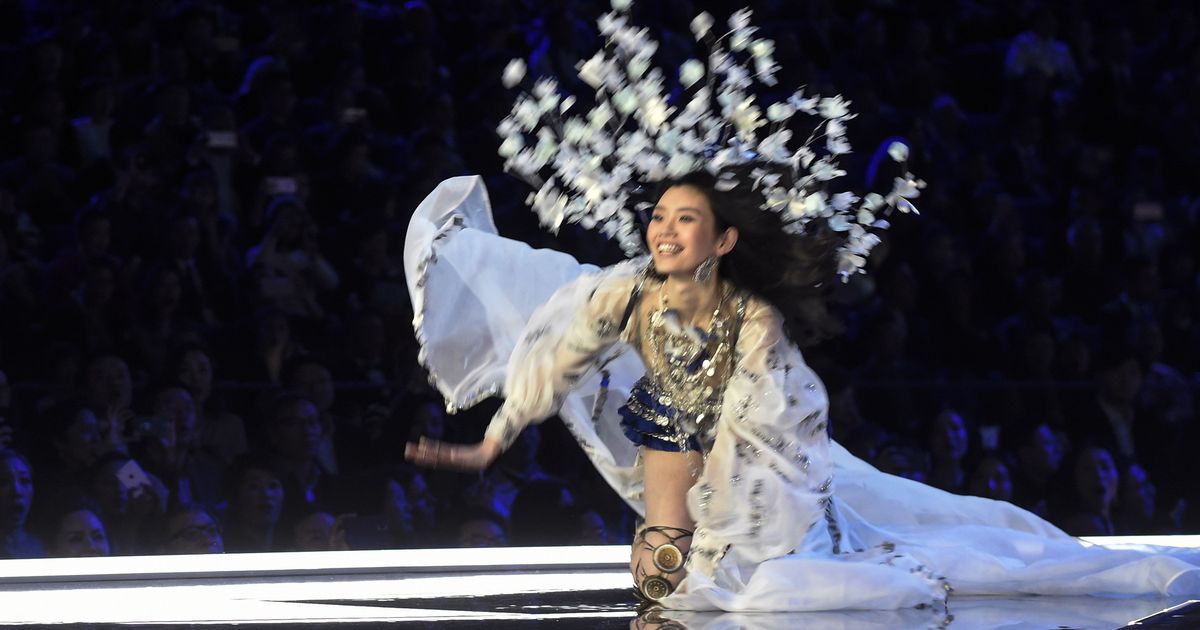 A model took a dive at the Victoria’s Secret Fashion show in Shanghai on Monday.

Chinese model Ming Xi was waltzing down the runway showing a little bit of flair when she slipped in her heels, ultimately falling to her knees.

I love ming xi she was still smiling mid fall while my ass would’ve cried right there pic.twitter.com/vdTCRyxDOL


The model barely missed a beat, smiled the entire time, and got right back up with a quick adjustment to her outfit. Gizele Oliveira was next in line in the show, and was quick to lend a helping hand to Xi.

HERE'S MING XI FALLING BUT STILL LOOKING GORGEOUS AS HELL THAT'S HOW YOU DO IT!!! pic.twitter.com/7y1UahKSQr

Audience members and fans praised Xi for how she handled the situation, and Oliveira for helping out.

#XiMengYao’s weibo update – “I’m sorry I disappointed everyone, thank you all for your concern, being a model for 7years, I’ve fallen countless times on the way… but I know regardless how painful it is, I have to stand up, finish walking. I’ll continue walking on. TY”#奚梦瑶 pic.twitter.com/aGyYRe9Yu9