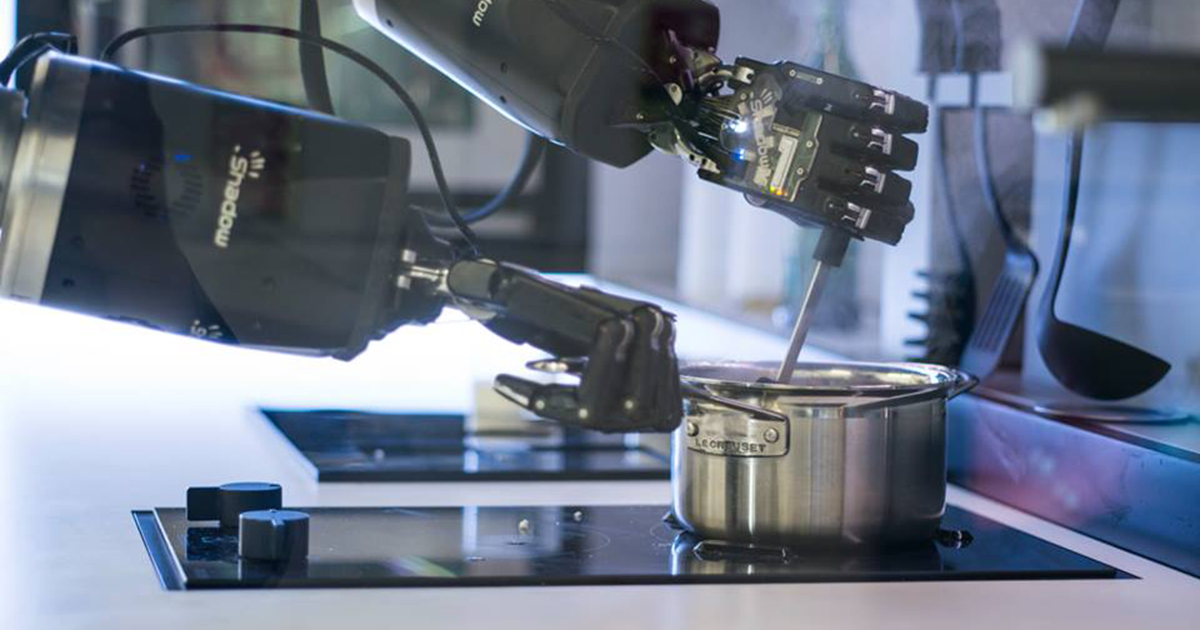 After a long day, sometimes the idea of making dinner seems overwhelming. First you have to decide what to make, then the cooking and then perhaps the worst part—cleaning up.

Do you ever wish you had a robot that could prepare a tasty and nutritious meal for you, just like in “The Jetsons“? Well, that fantasy could soon become a reality thanks to Moley Robotics, a U.K.-based startup that is developing a fully robotic kitchen.

The robot learns by capturing the movements of a person cooking. The movements are turned into commands that are executed by sophisticated robot hands. Produced by Shadow Robot Company, the hands are equipped with 20 motors, 24 joints and 129 sensors to come as close as possible to the movements of human hands. Wow!

Check out the company’s commercial for the product, which demonstrates how it would work:

The company debuted a prototype of the robot at the industrial trade fair Hannover Messe in Germany in 2015. The robot was trained by the best—Tim Anderson, the 2011 champion of BBC’s “Masterchef.” At Hannover Messe, Anderson demonstrated how the robot could whip up crab bisque.


“It’s the ultimate sous-chef,” Anderson told BBC News.”You tell it to do something—whether it’s a bit of prep or completing a whole dish from start to finish—and it will do it. And it will do it the same every single time.”

The Moley robot is positioned as a high-end lifestyle choice. Its aim is to allow more people to eat better, with greater variety and choice; with the added benefit of learning to become better cooks.

Moley Robotics hopes that the robot will be able to be programmed with thousands of recipes at the ready, so you can choose your meal at the touch of a button.

When commercially released, the robotic kitchen will come with a hefty price tag of around $15,000. The product has sparked interest from restaurants, kitchen developers and the chef-training industry. The company hopes a version of the prototype will be available on the consumer market in 2018.