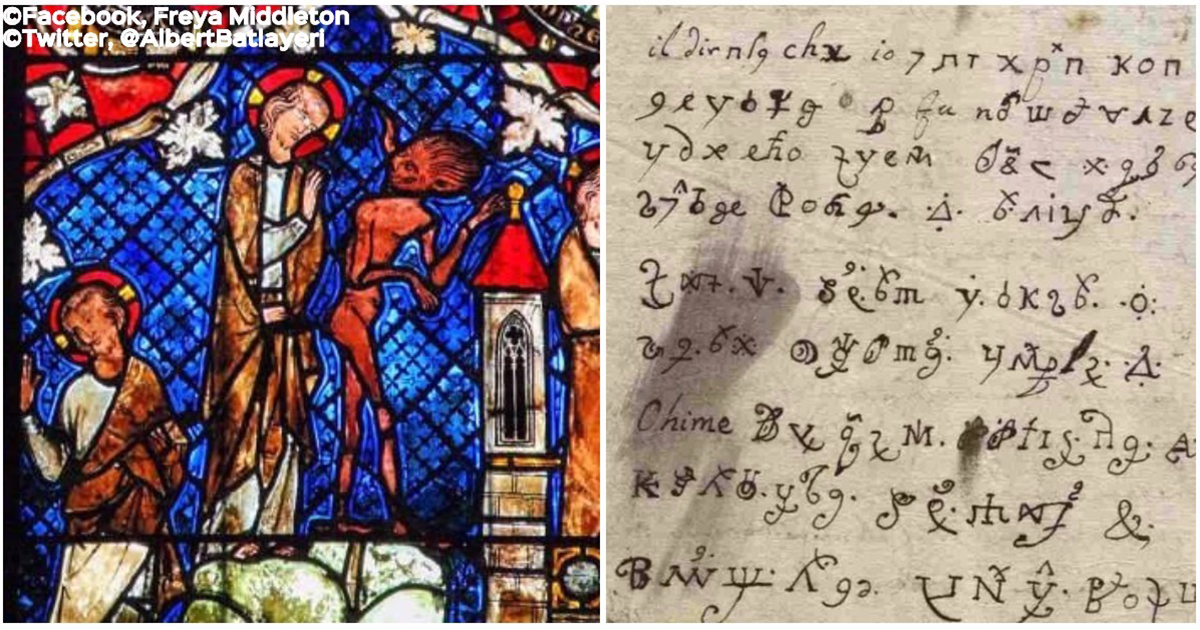 It was 1676 when Sister Maria Crocifissa della Concezione of Palma di Montechiaro, Sicily went away from herself and held a conversation with the Devil. After Sister Maria had returned to her senses, the nun found that she had scribbled letters in a language no one could read – and that no one has been able to figure out how to read ever since. The sisters believed that Satan had taken hold of Maria in an attempt to turn her away from God, but who could say for sure?

Enter the LUDUM science museum, also in Sicily. This year they subjected the surviving, centuries-old letter to modern analysis and intelligence-grade code-breaking software – and they think they know what it is the Devil had so say.

The group, led by Daniele Abete, primed the filched (they found it on the dark web) code-breaking software with ancient Greek, Arabic, Latin, and the Runic alphabet, and they found that the “Devil’s Letter” contained a mishmash of old – but readable – languages.

What did it say, you ask?


Well, it turns out that it is pretty devilish, if you ask me. Though large portions were unintelligible, the letter describes God, Jesus, and the Holy Spirit as “deadweights” and claims that God was invented by man. Further, the writing sarcastically scoffs at the idea that God can save mortals, saying that this “system works for no one.”

Skeptical scientists point out that the nun would likely have had an excellent command of ancient languages, and that she could have quite possibly been suffering from a condition such as schizophrenia. Which is to say, she very well may have been hearing voices, but they may not have been Satanic in nature.

I mean, we can’t say for sure, of course. History is intent on keeping at least some of its secrets – even from the murkiest corners of the modern dark web.

The post A Possessed Nun Wrote a Cryptic Letter from the Devil in the 17th Century…and It Was Just Decoded appeared first on did you know?.