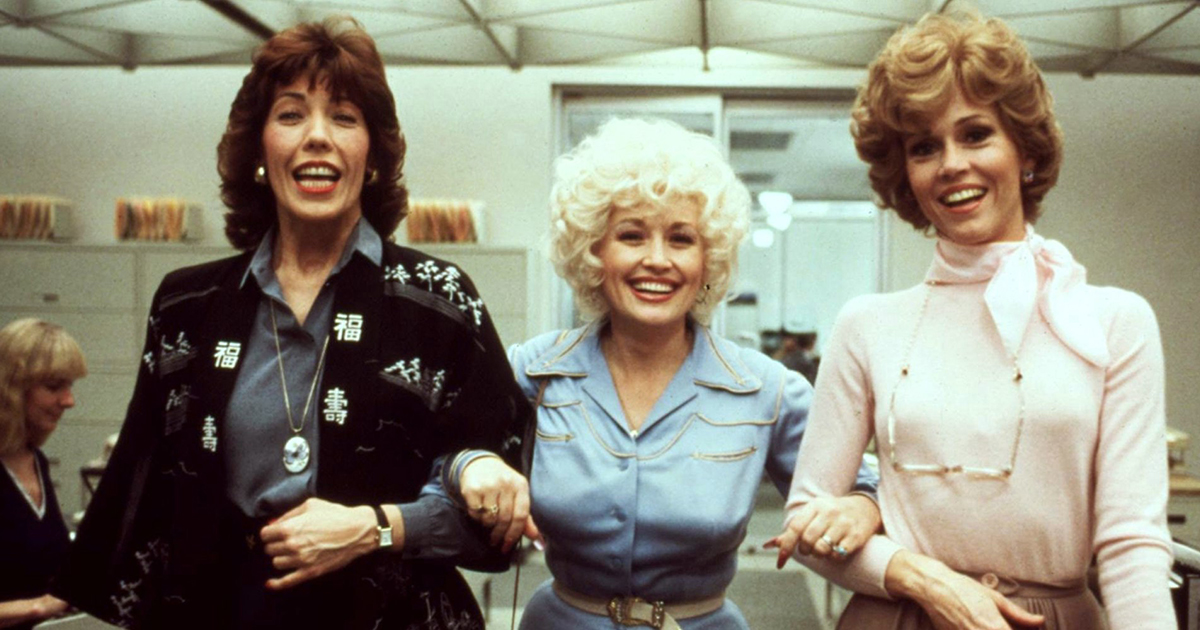 
9 to 5 is one of our favorite movies, and it sounds like we’re getting a 9 to 5 sequel soon — complete with the original cast. In a press conference today about an upcoming HBO documentary about her life, Jane Fonda said that she, Dolly Parton and Lily Tomlin were all intending to be in the 9 to 5 sequel.

Though initially floated as a reboot, the 9 to 5 sequel is teaming original screenwriter Pat Resnick with Rashida Jones on the script. Resnick and Fonda are producing, along with Shawn Levy and Jonathan Baruch.

According to Fonda, the 9 to 5 sequel will focus on the modern problem of outsourcing. Fonda said, “Today a lot of the work force is hired by an outside company. Who do you talk to if you have a problem?” Fonda also said technology and corporate monitoring of employees could also come up in the story, which will still be set at the fictional Consolidated Companies like the original.

The original 9 to 5 was a smash hit, grossing $356 million in today’s money. There was even a five-season TV sitcom adaptation that starred Sally Struthers and Dolly Parton’s sister Rachel Dennison. In 2009 the film was adapted into a Broadway musical scored by Parton. The theater production starred Allison Janney and was directed by Joe Mantello, director of The Book of Mormon and Wicked.


Though the original was a crowd-pleasing comedy, the story for 9 to 5 went through some different iterations. It started out as a drama, though it soon became a dark comedy where the leads try to murder their abusive boss. Eventually, though, the story solidified into the broad comedy we know and love.

The three lead actresses remained friends. Jane Fonda and Lily Tomlin are currently co-starring in Netflix’s Grace and Frankie, about two rivals who become friends when their husbands fall in love with each other.