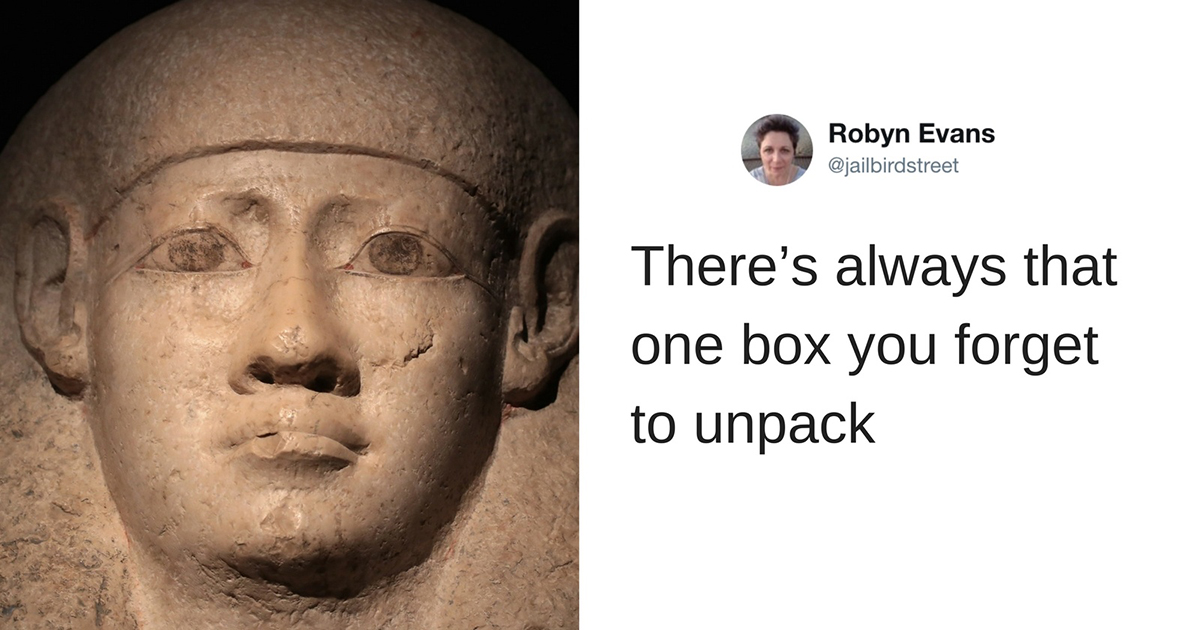 The mysteries of history can be uncovered all around us—in an old attic, in the ground beneath our feet, or even inside an already discovered piece of history that’s been sitting around for over 100 years. That’s precisely what happened at Sydney University in Sydney, Australia! Archaeologists lifted the lid on a sarcophagus that’d been sitting around, presumably empty, for about 160 years. Who knows what they were expecting to find inside, but it wasn’t a 2,500-year-old mummy.

2,500-year-old mummy found in what was thought to be an empty Egyptian coffin at Sydney University. @JulesHolman#abc730 https://t.co/4O6zrGBibp pic.twitter.com/iT9wSupog9

How could anyone have missed that?!

Well, to be fair, the mummy was left in an incredibly tattered state. The archaeologists who discovered the sarcophagus over 150 years ago may not have been aware they were handling human remains. Grave robbers had ransacked the tomb where the mummy was buried and destroyed the deceased individual’s body in search of the jewels and valuables that are sometimes buried alongside it. Oftentimes, the grave robbers would often simply throw the mummy out, so no one at Sydney University batted an eye at a coffin recorded as “empty.”

FYI, Egyptian mummies were torn to pieces by ancient tomb robbers like this because their bodies were wrapped adorned with amulets made with precious metals and jewels.

You would be hard-pressed to find a modern tomb-robber that would destroy a mummy this extensively, but mummies weren't even remotely valuable at the time this sarcophagus was looted.

Of course, a lot of time might have been saved if someone had just checked the coffin to be sure.

they didn't check inside🤔🤔🤔🤔

Researchers are eager to find out who this mummy is! The hieroglyphic markings on the sarcophagus indicate it was made for a High Priestess named Mer-Neith-it-es, but that doesn’t necessarily mean she ended up in it. Professor and Radiologist John Magnussen is piecing together the puzzle using ancient clues!

Egyptologist Connie Lord is holding out hope for a good toenail (aren’t we all):

There could even be toenails which would be thrilling — that’s what I want. The toenails are fantastic for radiocarbon dating.

In the meantime, the incident provided Twitter with some great jokes!

There’s always that one box you forget to unpack https://t.co/afu8ygahB0

Next time a sarcophagus comes in, Sydney University will be sure to crack the lid before storing it away!