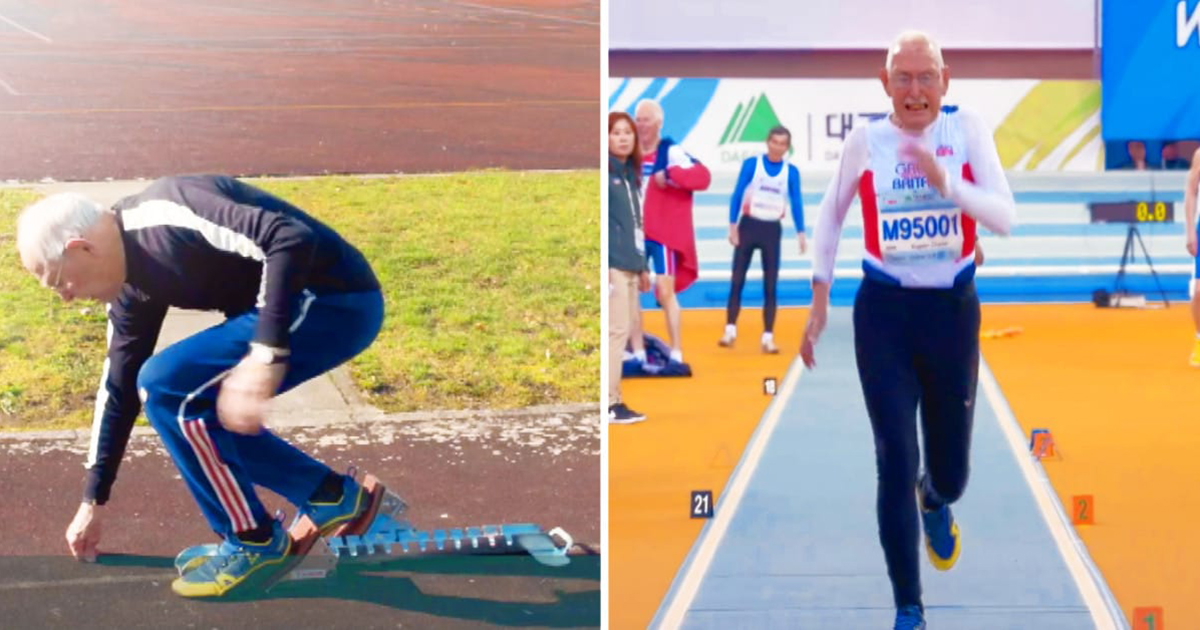 Don’t ever let anyone tell you that you can’t achieve something! Charles Eugster is about to show you how it’s possible to achieve your dreams with a little dedication and a whole lot of willpower.

For a lot of people, exercise is a daunting task. You can feel self-conscious running in public, or feeling like your belly looks awkward in running gear or that you find mild exercise too strenuous.

Charles Eugster put all these fears behind him and decided to take up running to improve his health and fitness at the ripe old age of 95! Who said you were too late in life to take up a hobby?

He would go for jogs every day and really started to notice a difference in his health. That’s when Charles decided to take running a little more seriously.

Eugster got himself a trainer and began to practice for sprinting events.

I’m 97 now, and I’m just sort of beginning to realise how much I don’t know.

His coach knew that Charles had a talent and a real passion for athletics so she suggested that he compete in running events.

Charles competed in the World Masters Championships in France where he competed to become the “95-100 years old” World Champion… And, in fact, he succeeded!

I’m running for my life. Amongst other things. You can start a new life at any age.


But Charles wasn’t set on just being a running World Champion. Furthermore, he wanted to push himself more and decided to take up a new sport.


At the age of 97, Charles Eugster decided to take up the long jump. He continued sprinting but also set aside time to practice his long jumping skills.

He continued sprinting but also set aside time to practice his long jumping abilities and develop some new skills to stay young at heart.

For those who think that they cannot achieve a goal, take a look at this man. At 95 he decided to take up a fitness-based hobby and by 97 he was winning gold medals as a World Champion.

Since taking up sports as a nonagenarian, he has gone on to meet some incredible people, gain new friends and even go dating. You’re never too old to explore your own skills and try new things!

Don’t forget to watch Charles Eugster’s incredibly inspirational story in the video below. Also, we love hearing all of your opinions, so please let us know what you thought of the story in the comment section.

Charles, a world athletics champion at 97.

Here's one for you Saturday runners out there! Charles took up sprinting at 95 – and became a world champion! 🏃🏼🥇