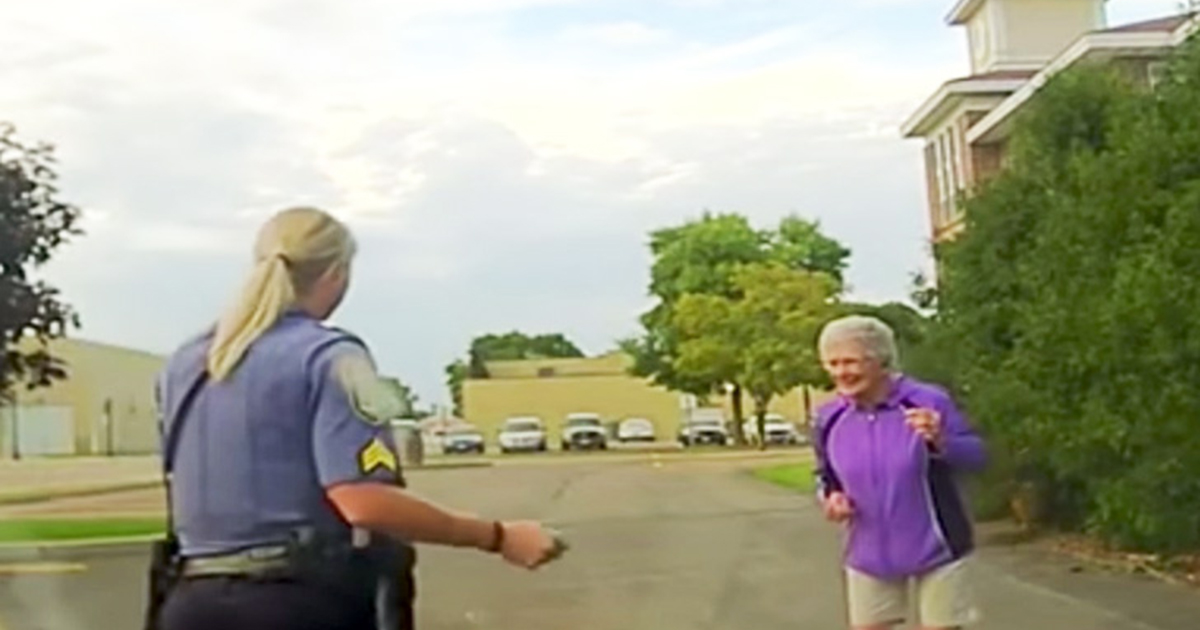 A dashcam captured this moment when an Austin, Minnesota police officer spotted an elderly woman making a scene in a parking lot and knew she had to do something.

Millie, all alone in the parking lot, seemed to have things totally covered, but Sergeant Lenz deemed otherwise. Millie, 92, was standing alone close to her car when a cop pulled over and stepped out of their patrol vehicle.

In a serious attempt to help Millie out, Sergeant Lenz walked right up to her, but not without turning on the radio. Priceless moments like these call for action music in the background.

It was now Millie’s turn to be surprised. Instead of just the elderly woman Millie making a scene, Sergeant Lenz was now a part of it!

Millie took notice of Sergeant Lenz, yet was unwilling to stop what she’s doing. …and the rest is history.

These two are an absolute hoot to watch.


The post 92 YO Woman was Ready to Make a Scene when Police Pulls over, but then Cop Grabs Ahold of Her appeared first on THE BEST VIDEOS BEFORE THEY GO VIRAL – Damn Bored TV.