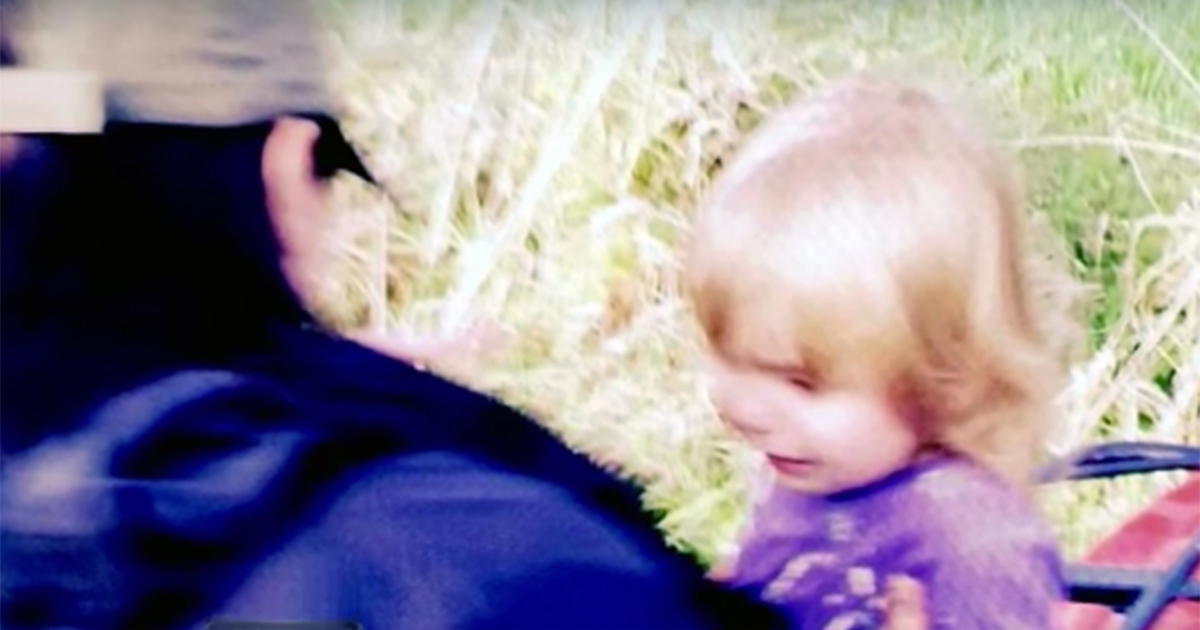 While beyond tragic, little unites a community like a missing child. Nearly everyone who has a child, a sibling, or a young relative of their own can understand firsthand how painful it feels when they’re in trouble, and the desire to protect them and keep them safe kicks their instincts into high gear.

One Ohio city knew that feeling all too well: When two-year-old Rainn Peterson went missing from her great-grandparents’ backyard in Trumbull County, her family was understandably frantic. Search teams assembled, and volunteers spent two whole days scouring the area for any sign of the little girl. Sadly, the odds were not in Rainn’s favor—48 hours was a long time for a toddler to be missing.

When two-year-old Rainn Peterson disappeared from her great-grandparents’ backyard in Trumbull County, Ohio, one day, it struck a chord with everyone in the community. Rainn’s family and neighbors alike were frantic, and they didn’t have any clues about her disappearance. It was as if she’d just wandered off.

Search parties quickly assembled, helicopters took flight, warnings were communicated, and soon it was a whole county effort to find the missing little girl. After two days, hope in finding the toddler dwindled.

Resident Victor Sutton spent the second day of Rainn’s disappearance searching the area nearby her great-grandparents’ house. “I was by myself down there,” he told USA Today, “and I was really looking for areas that… It didn’t appear that people had been,” he said. That’s when he came across something shocking…


As he walked carefully along a creek bed, Victor saw a flash of purple—it was the color of the last clothes Rainn had been seen wearing. Heart racing, he moved closer to the clothing and came across an astonishing discovery: it was her! Victor whipped out his cell phone and made a call to a 9-1-1 dispatcher. “I found baby Rainn and she’s alive!” he screamed.

Victor’s phone call was so packed with emotion that it went viral. In the released recording, you can periodically hear Victor giving peaceful reassurance to Rainn. “Hi baby, stay still,” he said to her. The dispatcher was also heard asking the important details: “Is she okay, does she need an ambulance?”