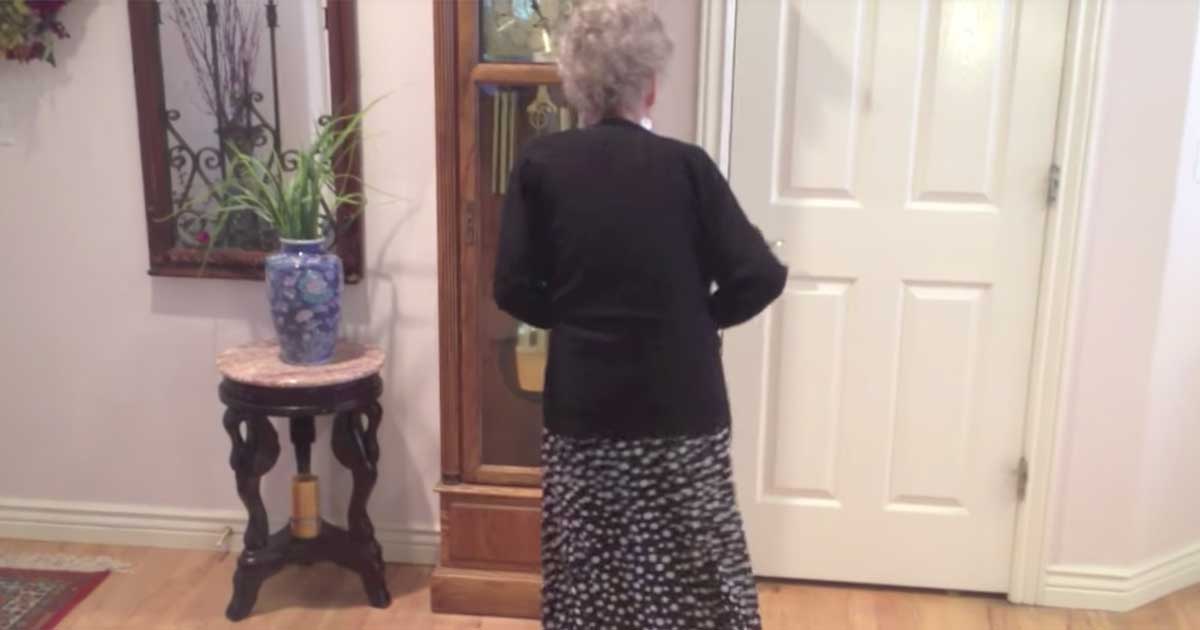 How many of you out there are Whitney Houston fans?

For those who are unfamiliar, the late Whitney Houston was an R&B and soul singer who is widely considered to have one of the most powerful voices of all time. Having sold more than 200 million records, she is also one of the most successful musical artists to have ever lived! Needless to say, her influence has spread throughout culture and she has fans of all ages.

One such fan is a 90-year-old woman named Jeanne Harr.

Harr lives with her grandson, Adam Forgie, in Utah.

Forgie is Harr’s caretaker and the pair have devised plenty of ways to pass the time together. In addition to making sure she is well-fed, safe and cared for, part of his duties as caretaker is to make sure his grandmother stays entertained as well. Although most of the time a simple board game, television show or engaging book might do the trick, today was different.

Instead, the pair decided to make a singing and dancing tribute to the late, great Houston.

As the video begins, Harr gives her (slightly tearful) reasoning for the video.

After explaining that it’s hard to even conceive of her as being gone, the music starts playing. The song in the background is the famous “I Wanna Dance With Somebody (Who Loves Me),” a single from her second studio album. The tune won a Grammy for Best Female Pop Vocal Performance in 1987 and has remained a popular dance song ever since.


Needless to say, Harr dances her heart out to it.

Even though Harr is 90 years old, the video shows she still the moves.

After filming his grandmother for a few moments, Forgie decides to put the camera down and get in the action himself. As he brings his own energy to the performance, Forgie puts a few disclaimers of his own in the video as captions:

“Once granny heard the name of the song, she said she wouldn’t do it unless she got to dance with somebody. I am not a dancer.”

After posting the video, Harr and Forgie’s performance has spread across the internet.

At the very end, the pair even pull off a daring spin move—and Harr almost falls! Fortunately, Forgie catches her in time and they share a laugh. Above all, the video shows Harr’s passion for Whitney Houston—and also shows the love between a grandmother and her grandson.

If this is any indication, Whitney Houston’s music will be inspiring us for generations to come.

The post 90-Year-Old Grandma Asks Grandson To Dance, Dazzles Everyone With Her Fearless Moves appeared first on Shareably.