1. Fuckup who bizarrely turned his life around There are lots of people at your high school reunion that are going to make you feel a lot worse about how little you’ve accomplished since high school – but none sting QUITE as much as the huge fuckup who somehow completely turned his life around. On the one hand, sure – you’re happy for Skuzz, the druggie who got kicked out of chemistry for lighting his pubes on fire with the Bunsen burner, somehow ended up a normal, functioning member of society. But on the other hand, you were REALLY relying on Skuzz continuing to be a bigtime fuckup burnout to make yourself feel better.

Instead, he came from behind and passed you by (as far as life goes) – he got married, had a few kids (but not too many), and has a REALLY good job working for LinkedIn. He lives out in California and is doing SO MUCH BETTER THAN YOU ARE. WHAT THE HELL, SKUZZ?!

2. Couple who instantly got married and had 6 kids

Trevor and Bethany were the most solid couple in high school – while everyone else was breaking up or busy giving HJs in the back of the auditorium, they were weirdly stable and having dinner with each other’s parents and jokingly calling them “the in-laws” – IN HIGH SCHOOL.

Flashforward 10 years: they got married pretty much instantly after graduation and popped out SIX KIDS. He got a job working for her dad’s construction company, she stays at home and watches the kids, and it’s just SO MUCH RESPONSIBILITY (at least, compared to you, whose biggest responsibility is remembering the Netflix password). And the weirder part is that they seem GENUINELY happy? Like, not the fake “I’m dying on the inside but smiling on the outside” happy either – real, actual happiness and contentment.

Meanwhile, you’re going to be spending the high school reunion trying to convince Kallie Merkowitz to give you an HJ in the back of the auditorium.

3. The struggling actor who is, like, CLEARLY not going to “make it” at this point 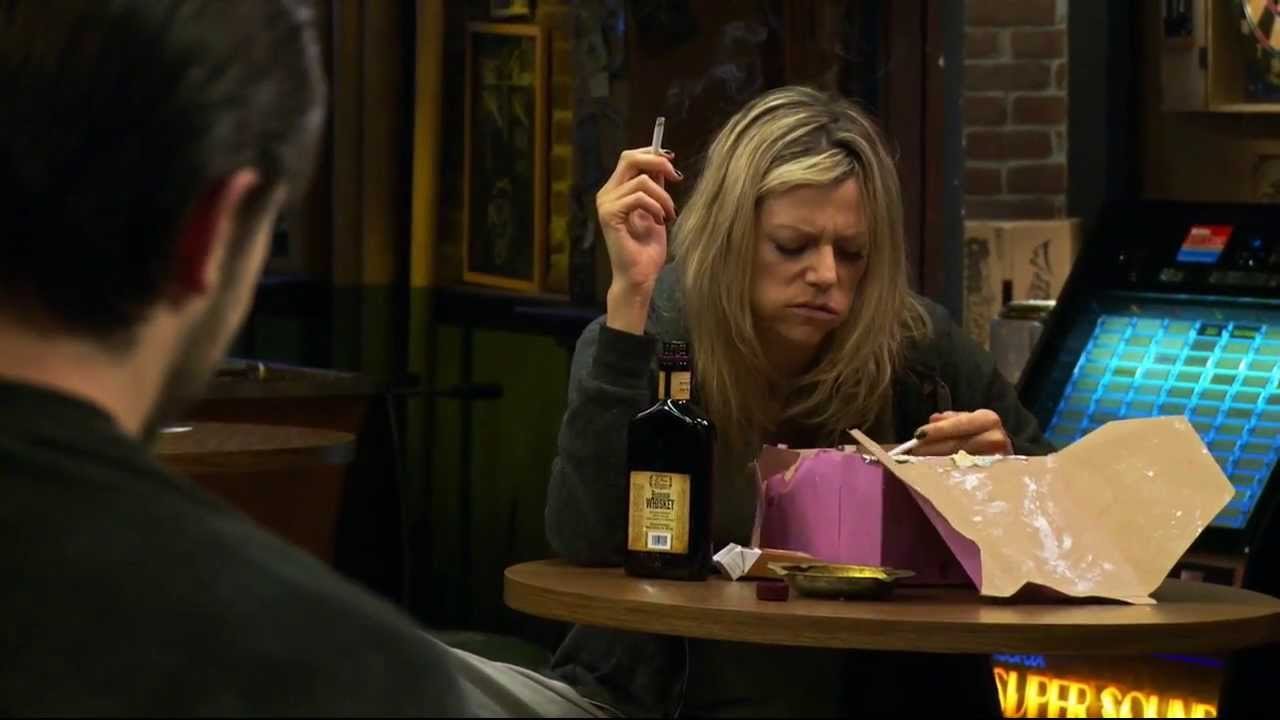 Being the star of high school drama will screw with anyone’s expectations – they always got the lead in the school plays, everyone was constantly praising them, and they were the biggest fish in a very small pond. And after high school they went to LA or New York to make it big, just like your high school drama teacher knew they would!

But it’s 10 years later now – and if they haven’t made it yet (which they definitely haven’t), it’s over. There’s a whole new generation of 18 year olds who are younger, prettier, and somehow have over 60,000 Instagram followers arriving in Hollywood every day, and they are 28 years old with nothing to show for it but a regular improv show they have to beg their friends to attend and some failed attempts at becoming a YouTube star.

And now they’re back at the high school reunion – where everyone expected them to be a huge star, and they have to hide the fact that they’re still waiting tables and keep losing auditions to Jennifer Lawrence.

4. Guy you hated who is now the most successful person ever 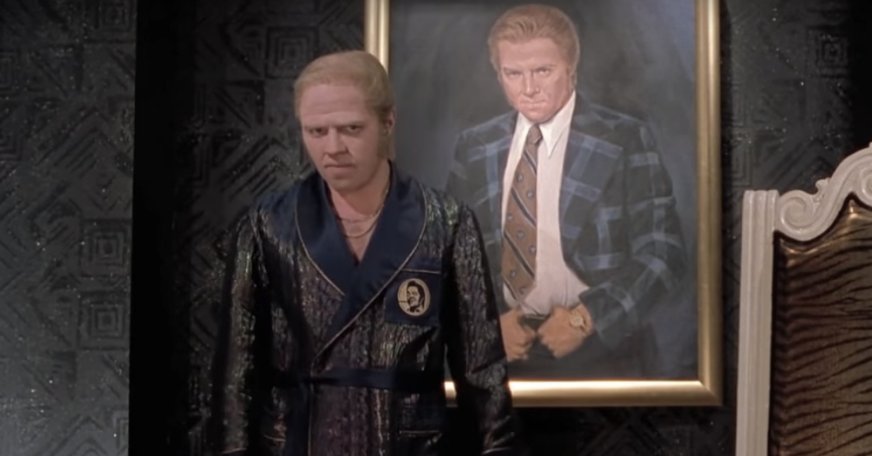 Ugh, Brad Garrow – total douchebag, picked on the mentally-handicapped kid all the time, and TOTALLY interrupted my solo during choir rehearsal once to call me “Johnny No-Testicles” (like it’s MY fault I’m a natural male soprano?). In short, a real piece of shit – and if movies have taught me anything, it’s that the douchebag jock bully from high school ends up being a sad, miserable shell of a person AFTER high school, so I can’t wait to – SHIT.


Of course, Brad Garrow is CRAZY successful. His dad gave him a sweet-ass gig working for his stock brokerage firm and he’s managed to not completely fuck it up enough to get promoted to Vice President of something-or-other. And now he’s still kinda a douchebag, but one who received NO comeuppance.

Back to the Future, HOW COULD YOU LIE TO ME?

Hey, whatever happened to Wally Haron? That dude was CRAZY, right? Haha, he would always be pulling pranks on – OH. Oh. Ohhhhh, yeah, okay, he died in that weird boating accident, right. Aw jeez. I wondered why he stopped posting on Facebook…6 years ago. Yeah, so sad, totally.

So, that’s a “no” to heading to the back of the auditorium, Kallie? Cool, cool.

6. The guy who lived life PRETTY HARD the past 10 years 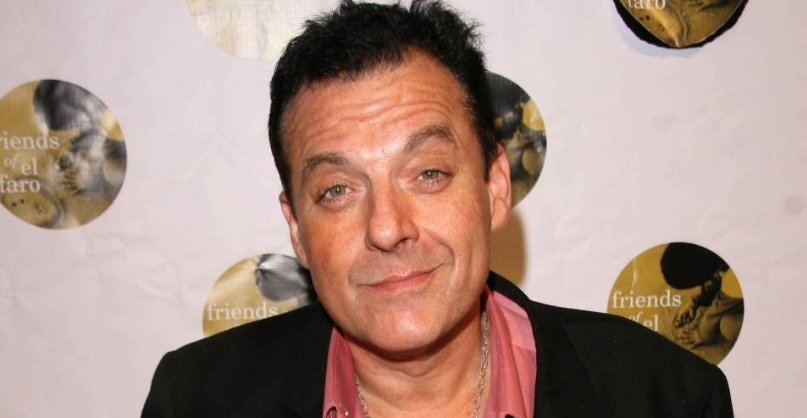 10 years really isn’t that much time, at least the way you lived it – you had some ups and downs, but nothing that could be made into a gritty HBO documentary. Pat Michaels – however – is a different story: struggled with heroin addiction, meth, alcohol, and spent some time in rehab (although no one is sure if he’s clean). Got a messy divorce, rumors of him being abusive, lost custody of his kid. Pretty grim stuff.

Meanwhile, you got a PS4 and had a pretty steady girlfriend from ages 24 to…24 and a half.

So it’s a real reality check when pretty much everyone is still single, slightly scattered across the country, and a little aimless (but with decent enough careers), and then into the conversation walks Pat, who looks a solid 15 years older than everyone else and has the war weary look of Tom Sizemore after a bender. You have to avoid bringing up any of the stuff about his past your parents have told you were the rumors around town and hopefully wait for him to go to the bathroom so you can go back to talking about Stranger Things with Tammy Winterbottom.

7. Person whose name you can’t remember who got HOT AS HELL 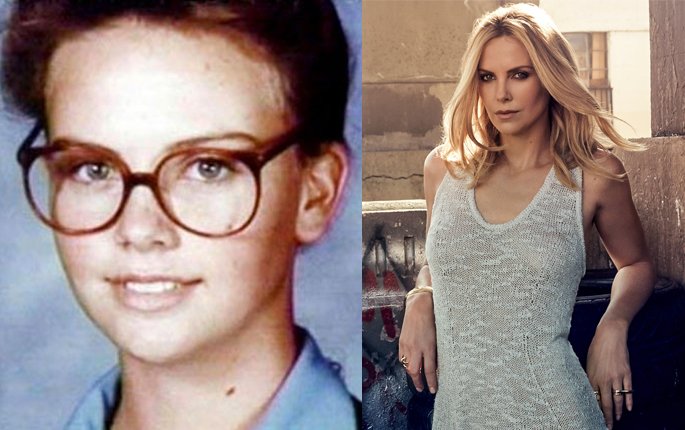 Shit – did that person even go to school with us? Everyone is pretty convinced they did, but I honestly have no recollection of them. And I fucked up bigtime in not paying any attention, because HOLY SHIT they got SO HOT. While pretty much everyone else (myself included) got pudgier and rounder, they just got…HOT. They have a rockin’ body, a gorgeous face, and know EXACTLY how to dress to make everyone take notice.

This is basically like a high school teen movie, except THEY’RE the protagonist and I’m a just douchey side character who has no actual impact on the story. Some good perspective, honestly.

8. Your actual friends, who you could have just seen whenever and without dressing up and spending money on tickets to hang around a bunch of people you went to high school with but otherwise don’t particularly want to hang around 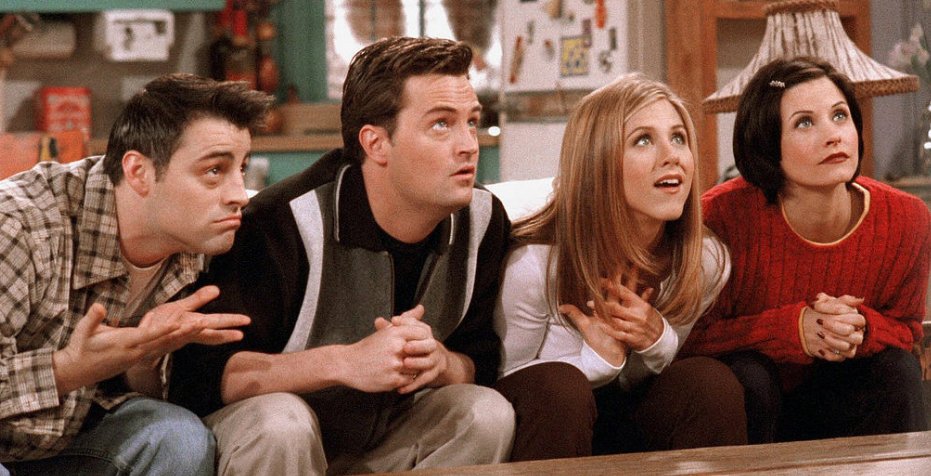 Should we duck out and grab some 40s and head out to Winston Lake? Yeah, Kallie shot down the HJ so there’s nothing really holding me here. Let’s head out.