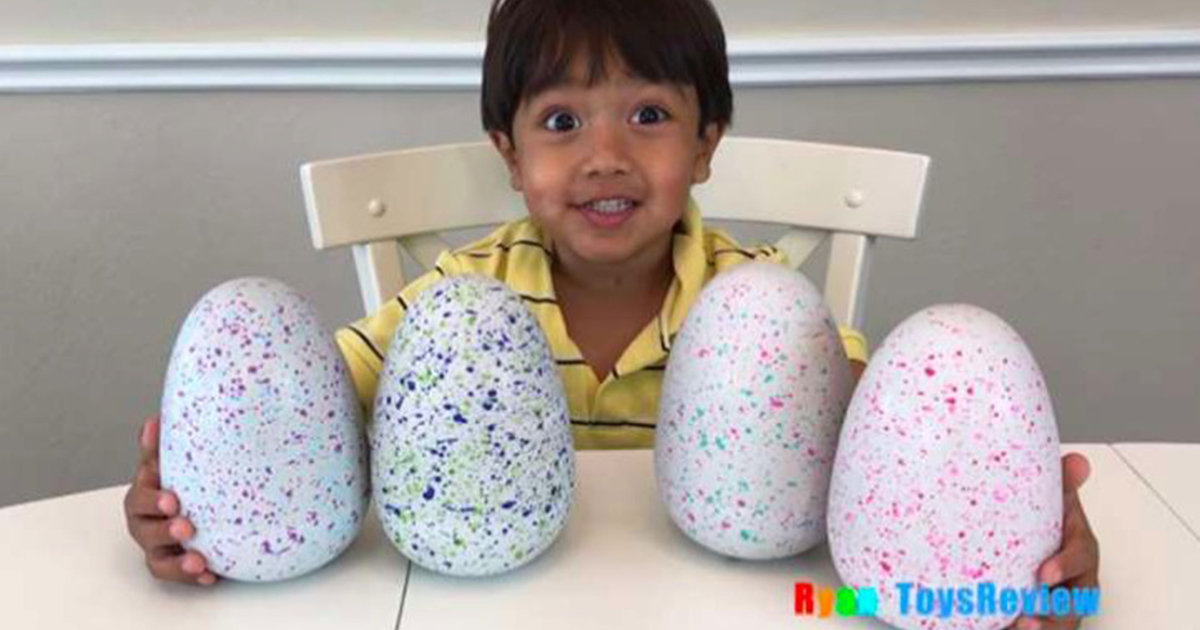 A little boy is a surprising YouTube millionaire thanks to his reviews of toys online.

Ryan, the 6-year-old star of RyanToysReview was listed in the Top 10 of Forbes’ highest paid YouTube stars in the world for 2017. The kid’s channel, which has over 10 million subscribers earned an estimated $11 million and has had over a billion video views, making it one of the most viewed channels in the world.

His mother explained how it all got started.

“One day, he asked me, ‘How come I’m not on YouTube when all the other kids are?’ So we just decided — yeah, we can do that. Then, we took him to the store to get his very first toy — I think it was a Lego train set — and it all started from there,” the boy’s mother told TubeFilter.

Most of the toys Ryan reviews end up being given to local children’s charities.


The family has decided to keep their last name and location a secret for their son’s safety. They say the show will go on only as long as Ryan enjoys it.

Watch the video that got Ryan’s success started!