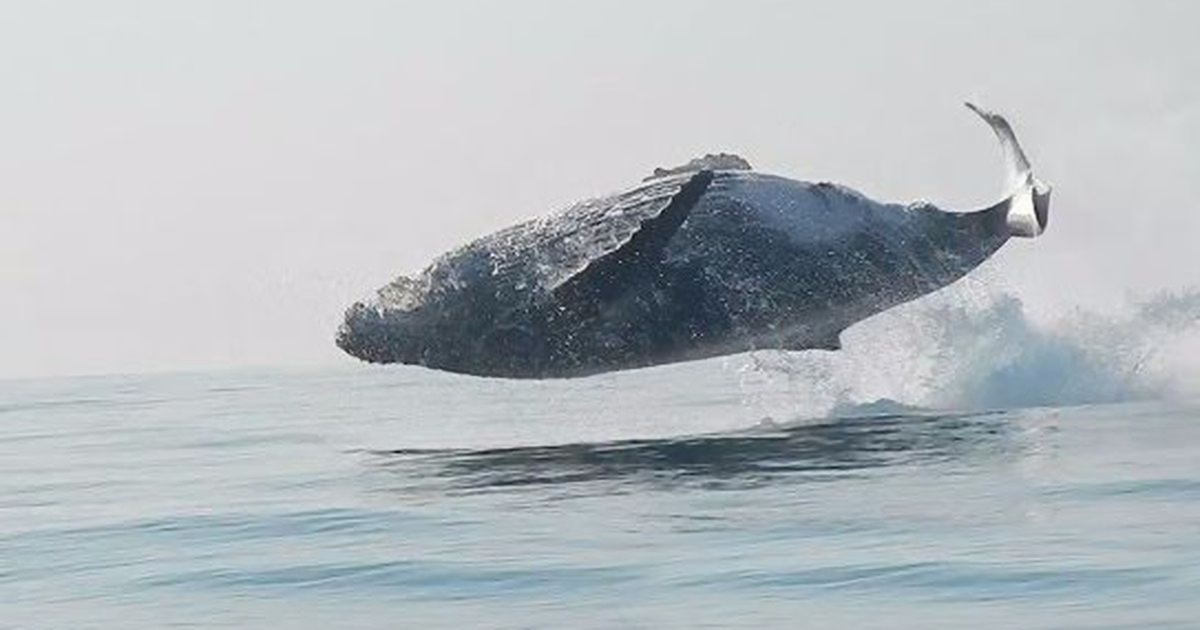 A scuba diver witnessed a large humpback whale breaching clear out of the water and captured the amazing sight on video.

Scuba diver Craig Capehart and three of his scuba diving fellows were hunting for sardines along the coast of Pondoland, South Africa, when they saw a large humpback whale breaching several times before it jumped completely out of the water. They were in Craig’s inflatable motorboat when the whale, estimated at around 40 tons, breaches clear out of the waters south of Mbotyi in Southeastern Africa.

The footage also contains dozens more shots of whales was breaching the ocean. At one point, a mother and her calf swim right by their boat, and another whale rolls on his back and slaps his fins on the surface of the water.

Breaching completely out of the water is commonly spotted among dolphins and sharks, but Craig said it was the first time he’s seen an adult whale do it.

Watch and share the spectacular footage with your friends and family!