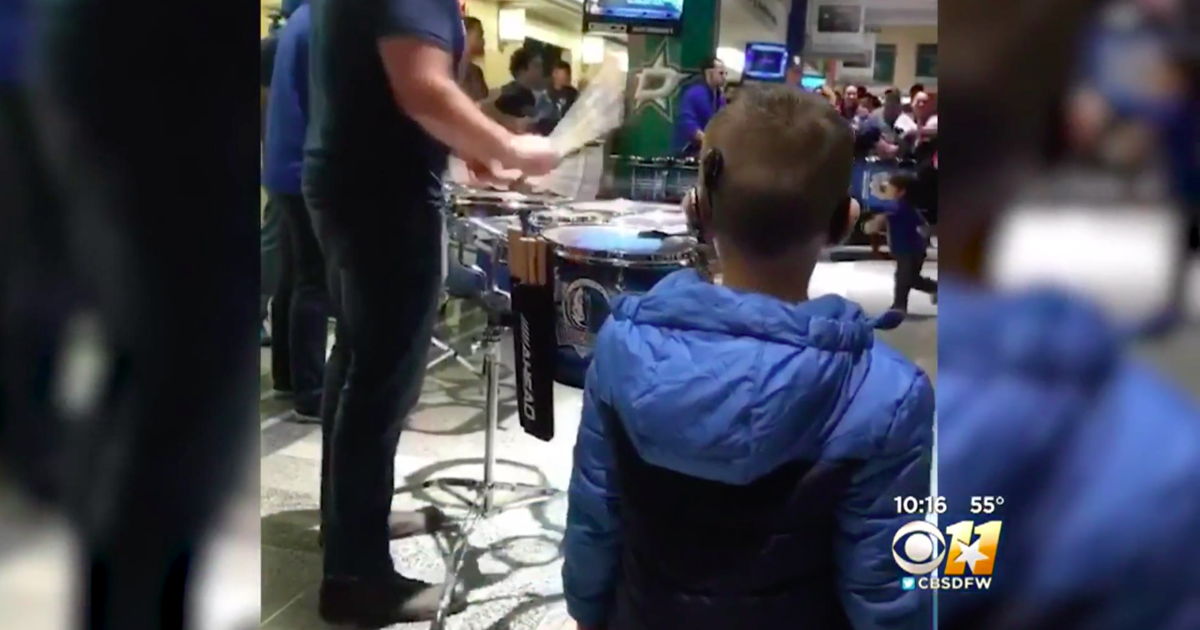 At a Dallas Mavericks basketball game earlier this month, one 4-year-old boy named Jace Lee heard music for the first time in his life.

According to CBS DFW, Lee was attending the game with his parents. After Dallas’ win, Jace headed out of their suite and noticed something from the lower level.

“When we were walking out of the suite, he gave a real big, ‘whoa.’ You know, what’s that?” Cody Lee, Jace’s father, told the news outlet.

Jace is deaf; he lost his hearing at a young age and wears a cochlear implant that can potentially allow him to hear loud sounds. Because of that, he could hear the Mavericks’ drumline playing from the level below.

“You know, people do take certain things for granted. You don’t think about it. You wake up and you hear stuff. It’s not the same way for him,” Brenda Lee, Jace’s mother, said.

One of the Mavericks’ drummers, Todd Jackson, addresses the impact the drums had on the Lee family:


“It’s still blowing me away,” he said. “Just the fact that you think about your youngest days and how young you can think of something and this is going to be one of those moments for him … [Jace] felt it. He felt it … You can see him thinking and see him processing it. He walked right up and got right in.”

In a video from that night, viewers can see Jace searching for the drummers, finding them, and moving along to the beats. Hopefully, this is one of many more positive moments to come for Jace and the rest of the Lee family.

Check out more of Jace’s story and his reaction in the video below: