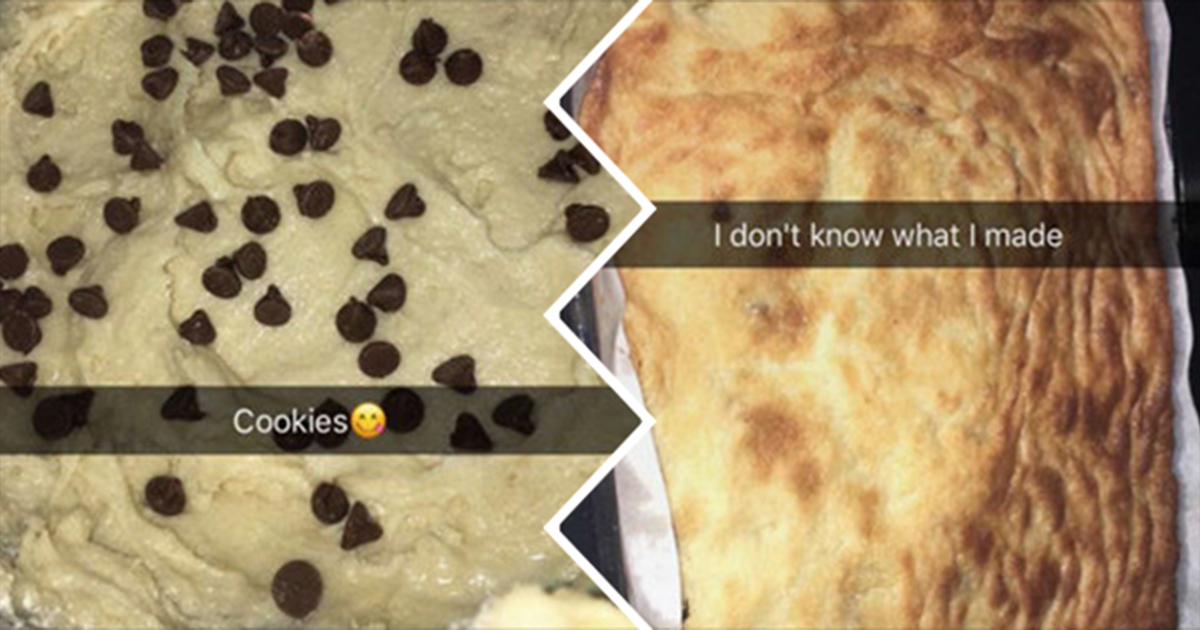 We usually aren’t ones for harsh judgement of difficult life skills such as cooking, but even we can only turn so many blind eyes to kitchen catastrophes before we literally go blind. That being said, here are some people who deserve never to set foot near an oven or a stove ever again.

1. This cook, who forgot a vital component of the dish:

I was "cooking" an egg for 5 minutes and im like… dang whats takin so long.. i forgot the egg pic.twitter.com/ChUYu8Bdzu

I fell asleep while the cinnamon rolls were in the oven and woke up to beautiful modern art pic.twitter.com/rbYYuO58A5

3. And also this baker, who is going to have to rework their strategy:

My best friend, you guys pic.twitter.com/seGfGZpvU5

5. The person who disrespected chicken this bad:

So I'm being a chef on snapchat & this happens 🙄 pic.twitter.com/VxoG0siBfI

8. The barista who was so close:

9. The person responsible for these brown sugar pecan bears:

10. The girl who ruined a perfectly good stack of pancakes: