A team of German and Egyptian archaeologists made a colossal discovery on March 9th – literally and figuratively. Parts of a massive, 3000-year-old statue, which is believed to depict the legendary Pharaoh Ramses II, were found buried in the Cairo slum of Matariya. The findings tell an ancient story of the world’s origins, and could start a new chapter for Egypt.

The recovered bust and head of the antique statue measure 8 meters in length and are made of quartzite. The upper part of a smaller statue, depicting Pharaoh Seti II (Ramses II’s grandson), and pieces of an obelisk bearing hieroglyphics were also excavated. Experts have already begun restoring the artifacts, which will later be displayed at the Grand Egyptian Museum set to open in 2018.

Ramses II is often considered to have been the greatest Pharaoh to ever rule the Egyptian Empire, and he believed that the world was created in Heliopolis, modern-day Matariya. This latest unearthing of history could help to jump-start the Egyptian tourism industry, which has suffered greatly over the last 6 years due to political unrest and terror attacks. The statue, believed to depict the legendary Pharaoh Ramses II, measure 8 meters long, and was submerged in ground water 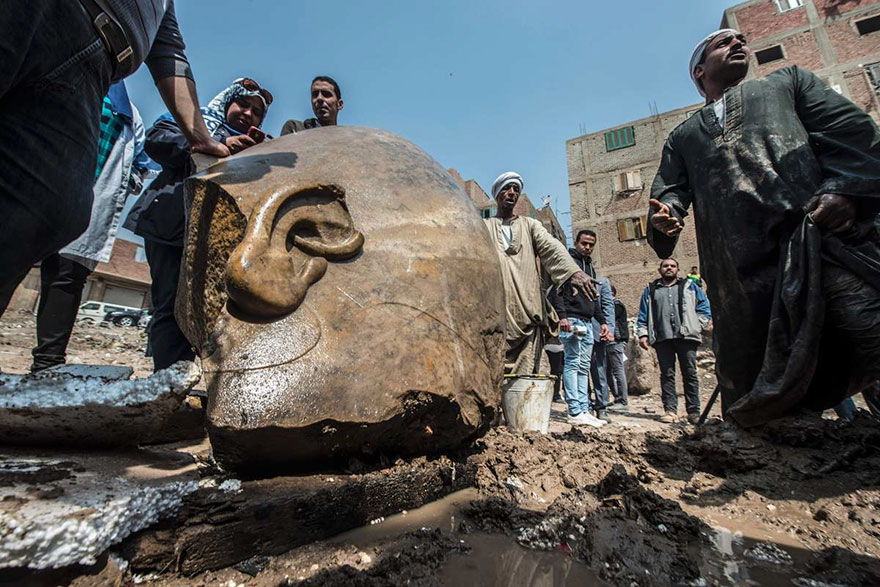 Ramses II is widely considered to have been Ancient Egypt’s greatest Pharaoh, and was a renowned military leader 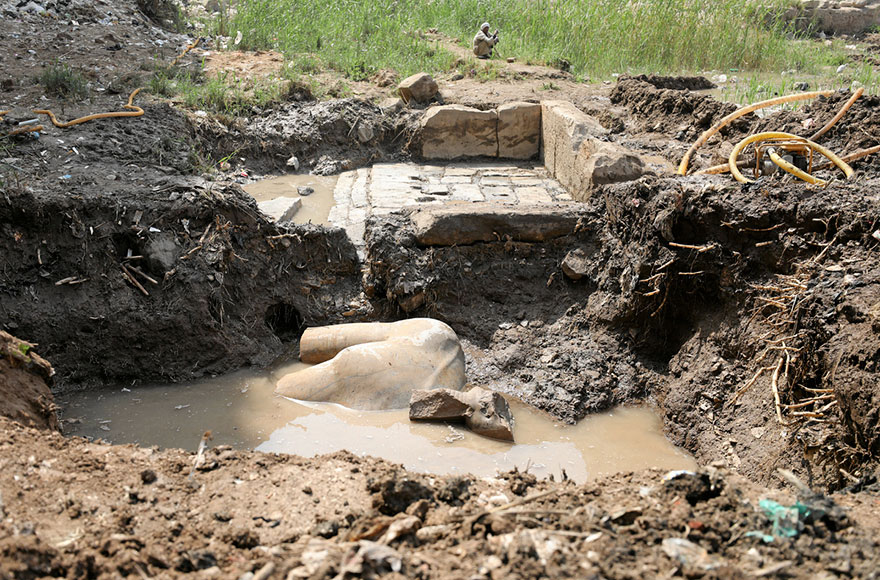 A partial statue of Pharaoh Seti II, Ramses II’s grandson, and pieces of an obelisk were also recovered from the site 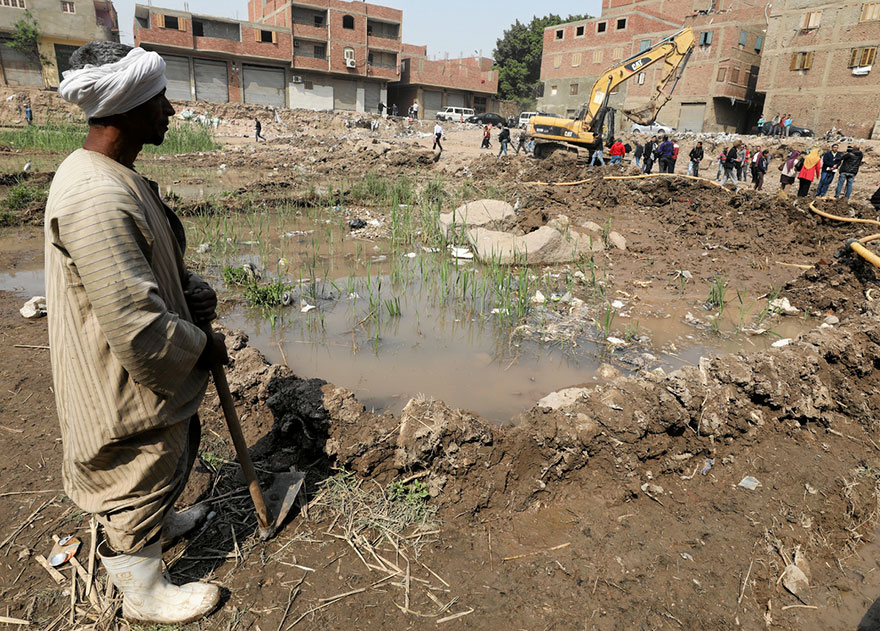 Ramses II believed that the world was created in Heliopolis, now known as Matariya, the slum where this statue was found 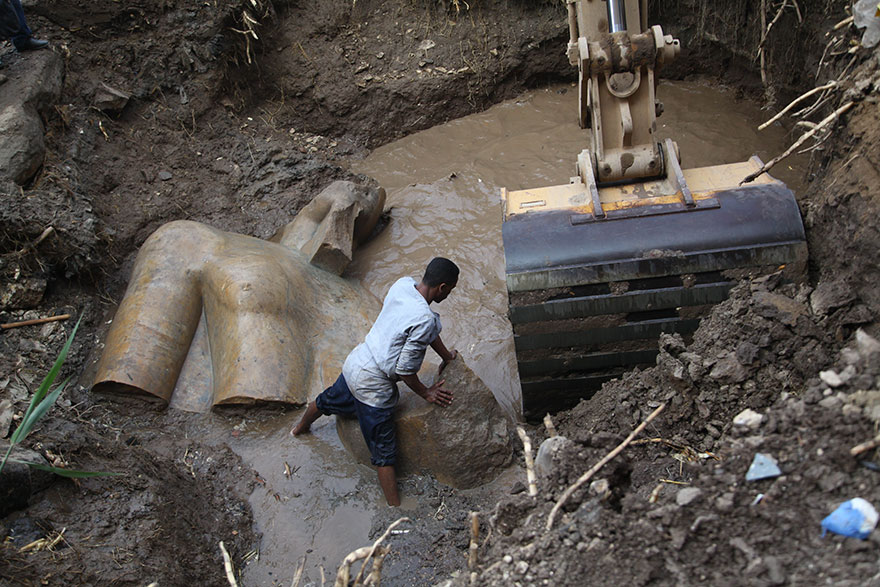 These monumental findings were unearthed by a team of German and Egyptian archaeologists, and are currently being restored 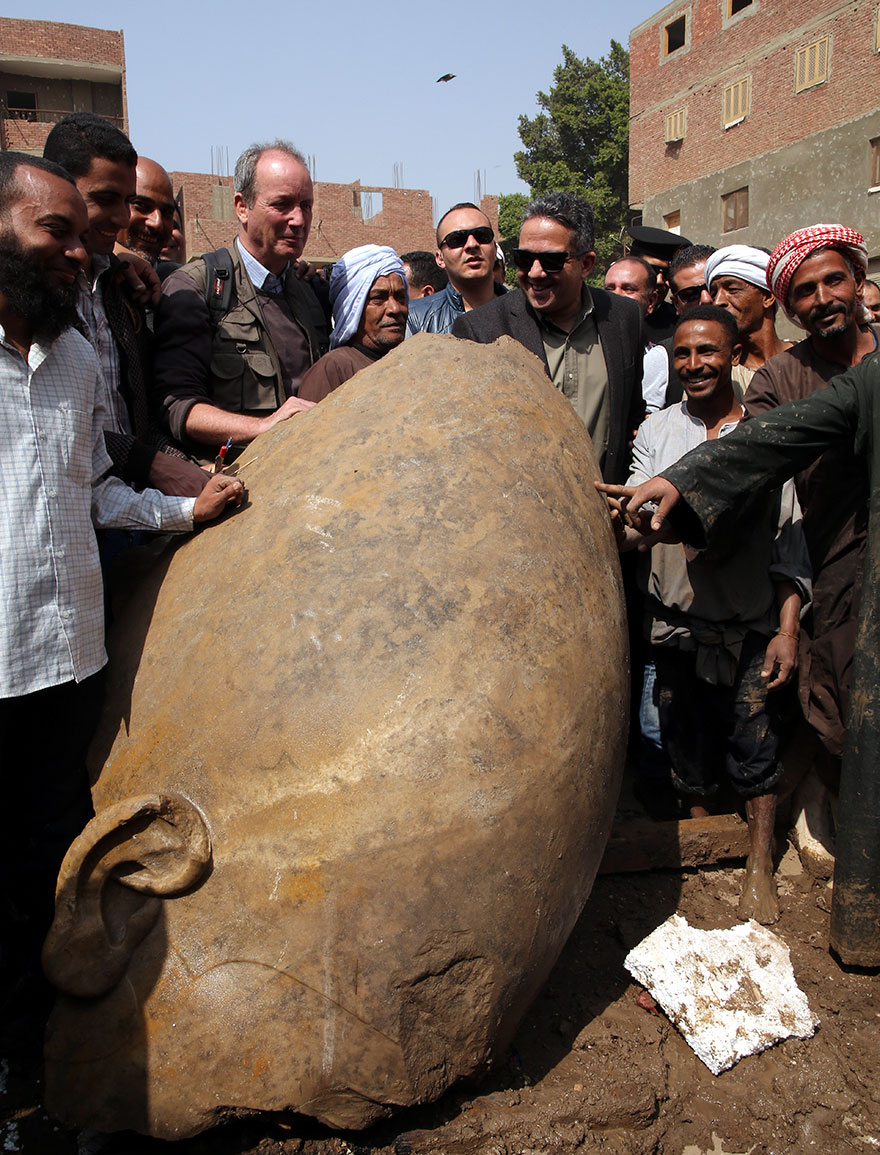 
Locals were just as amazed by the artifacts as those who found them, and gathered around to take photos of them 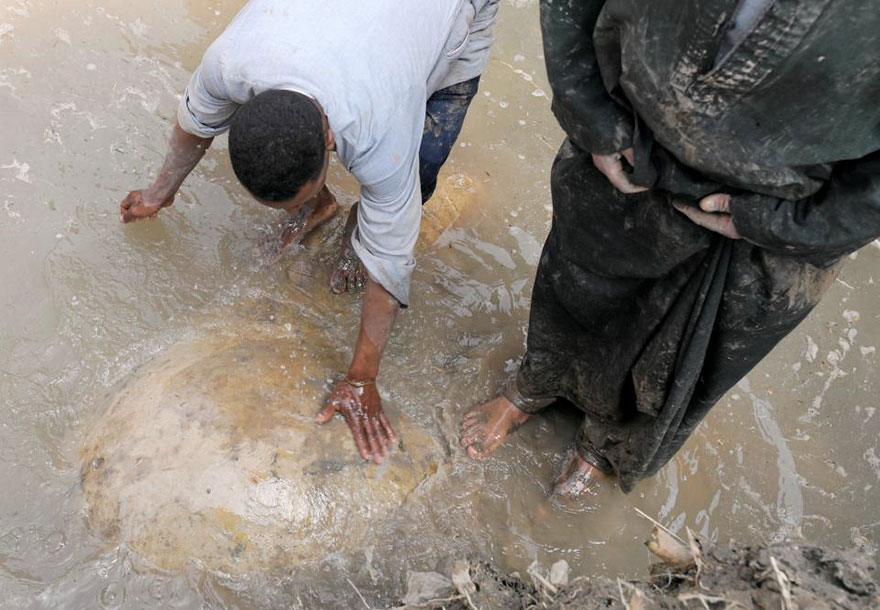 Once the statues are ready, they will be displayed in the Grand Egyptian Museum in Cairo, set to open in 2018 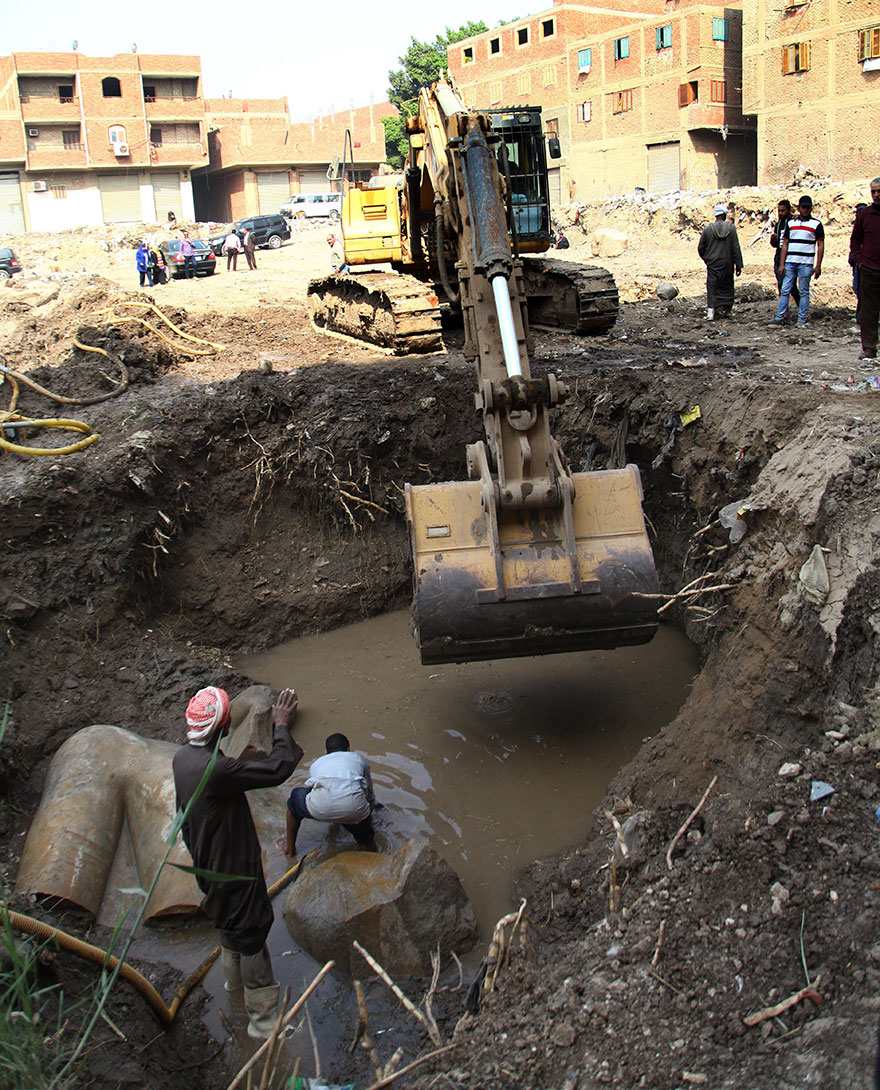 This could help to jump-start Egyptian tourism, which has suffered over the last 6 years due to political unrest and terrorist attacks 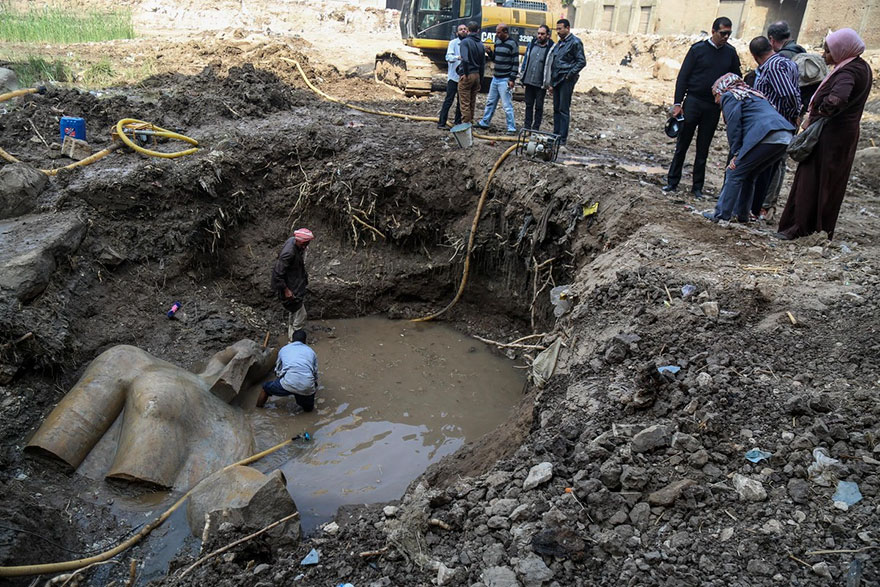 Matariya is believed to be the site of the Ancient Egyptian sun temples, which were built to worship Ra, the god of sun 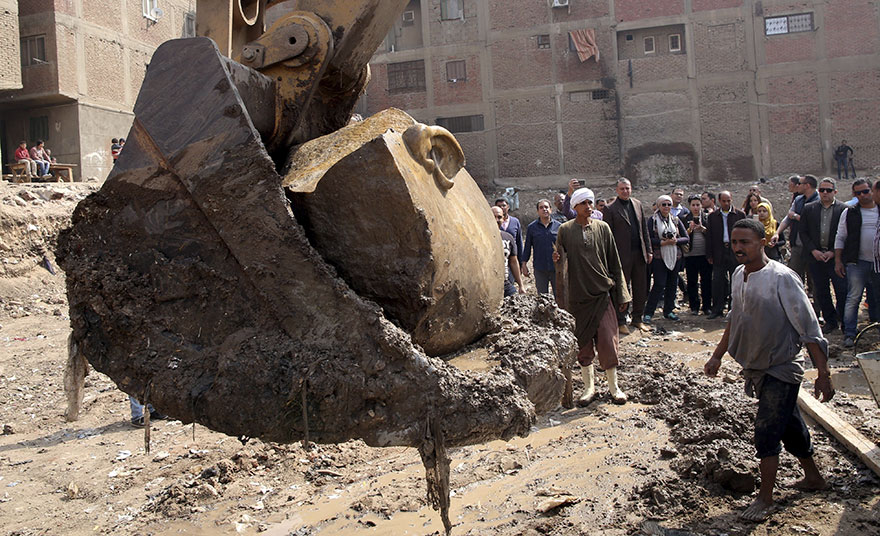 Other ruins of Heliopolis were previously found in the Northern regions of Cairo, making this statue extremely likely to be Ramses II 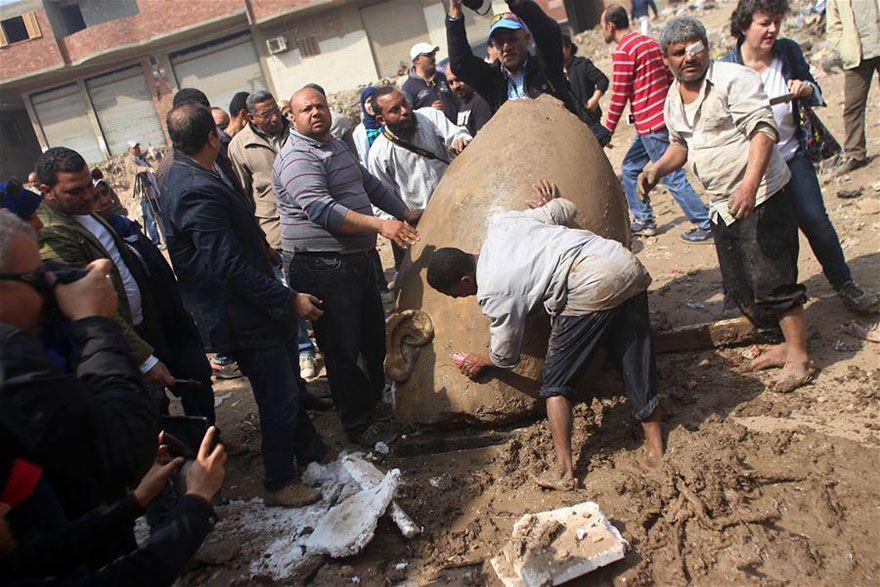 The sun temples were purportedly double the size of Luxor’s Karnak, but were destroyed during Greco-Roman times 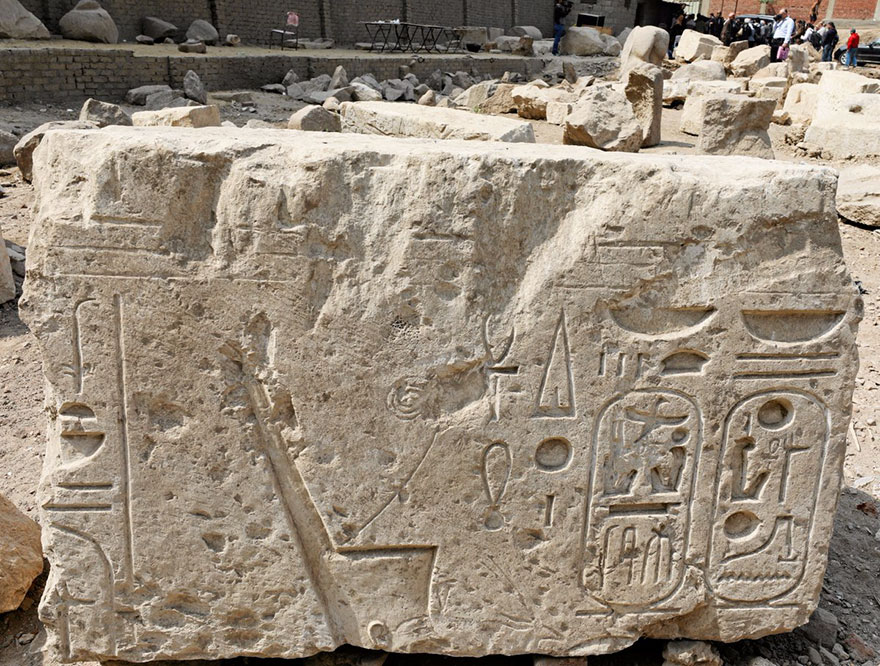 The unearthing of these statues will hopefully tell us even more about the life of Ancient Egyptian Pharaohs, including Ramses the Great 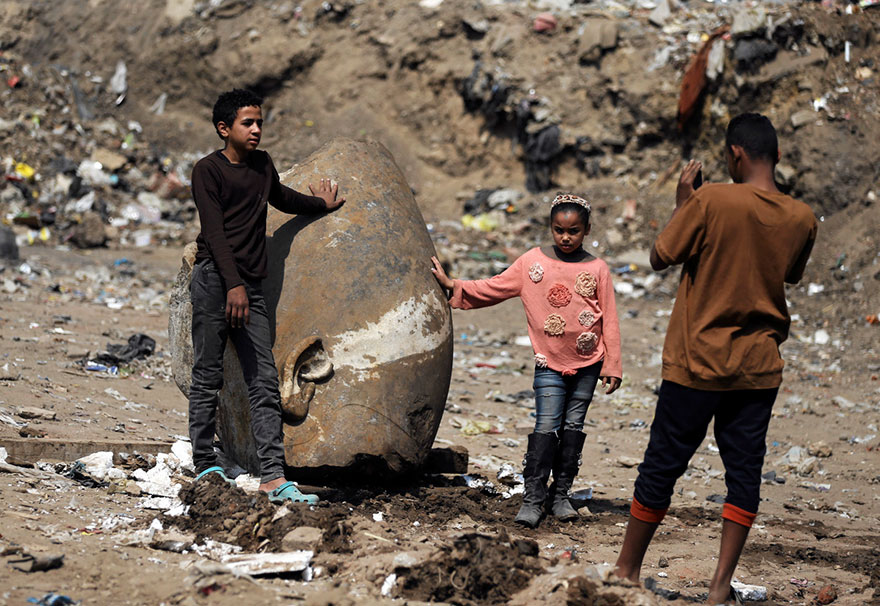 Watch this incredible footage of the excavation from The Guardian: