German may be the most widely spoken language in the European Union, but let’s be honest – it’s just downright funny sometimes. We roasted French last month, so now it’s time for Deutsch to have its turn.

Language learners around the world have long struggled with German’s fearsome grammar, in which multiple words are stuck together to make more descriptive terms. This leads to things like long, aggressive store names and job titles, as well as migraines for tourists and expats in Germany. Spelling is an even more sensitive subject.

Since German is an ancestor to English, a lot of words were passed down to us, but changed in spelling over time. The original German forms of these words now have… Well, ‘interesting’ connotations. See for yourself below. 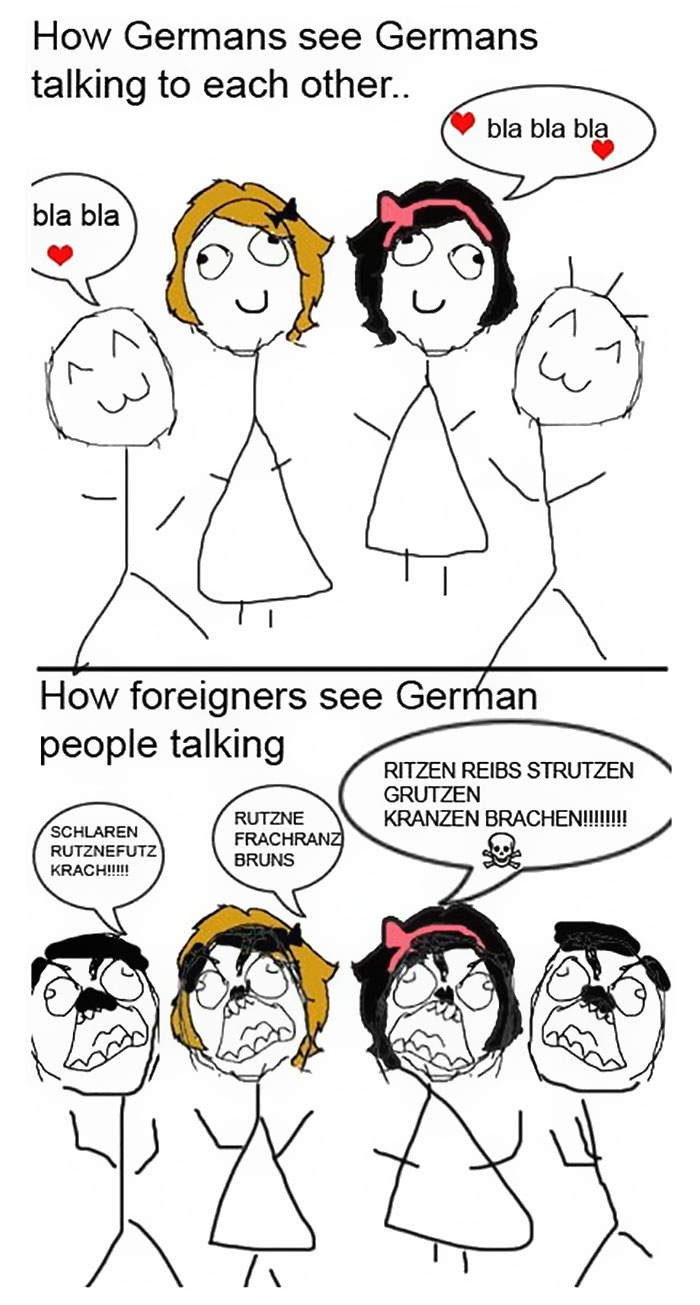 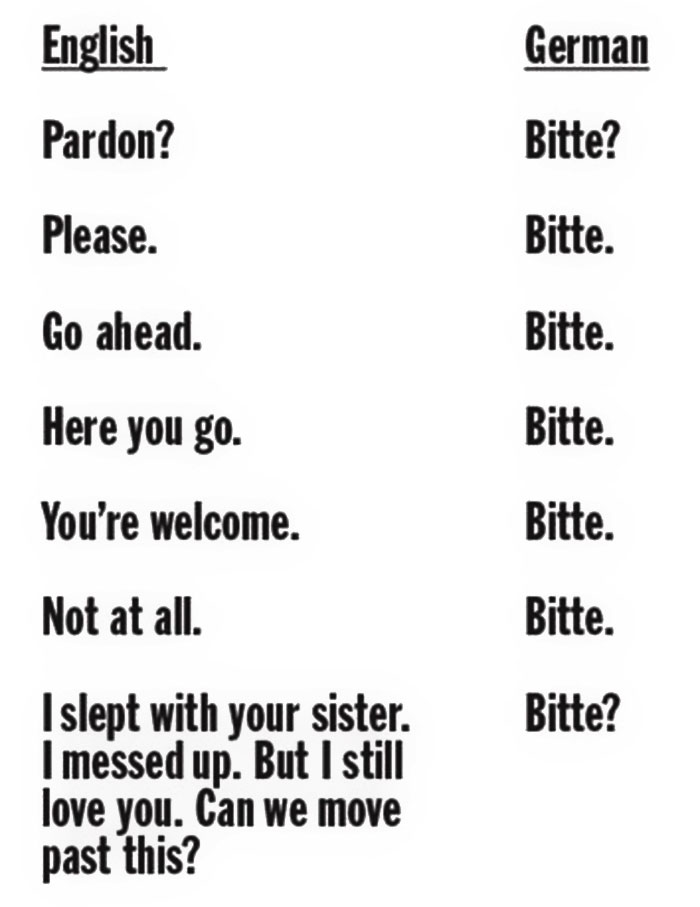 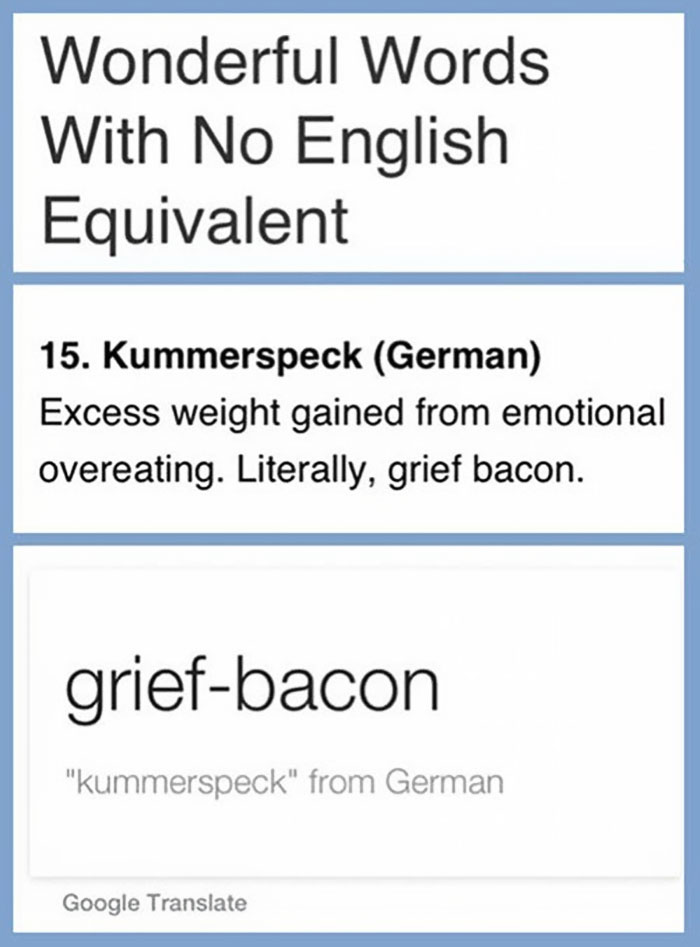 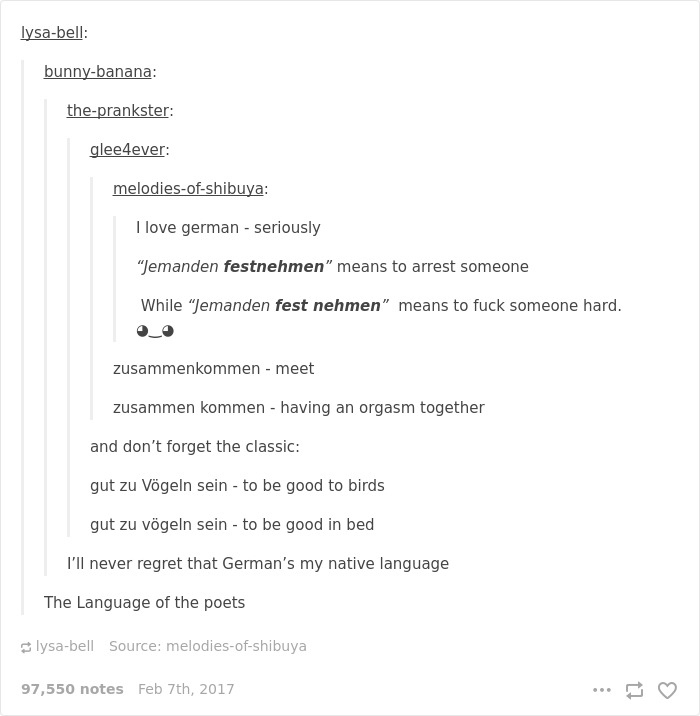 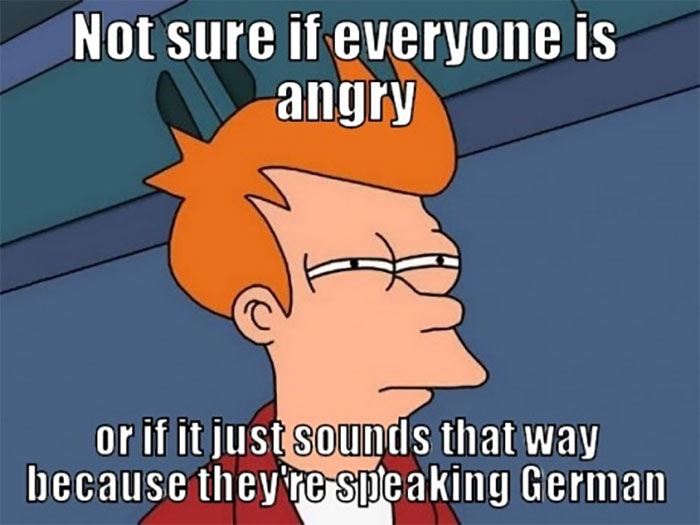 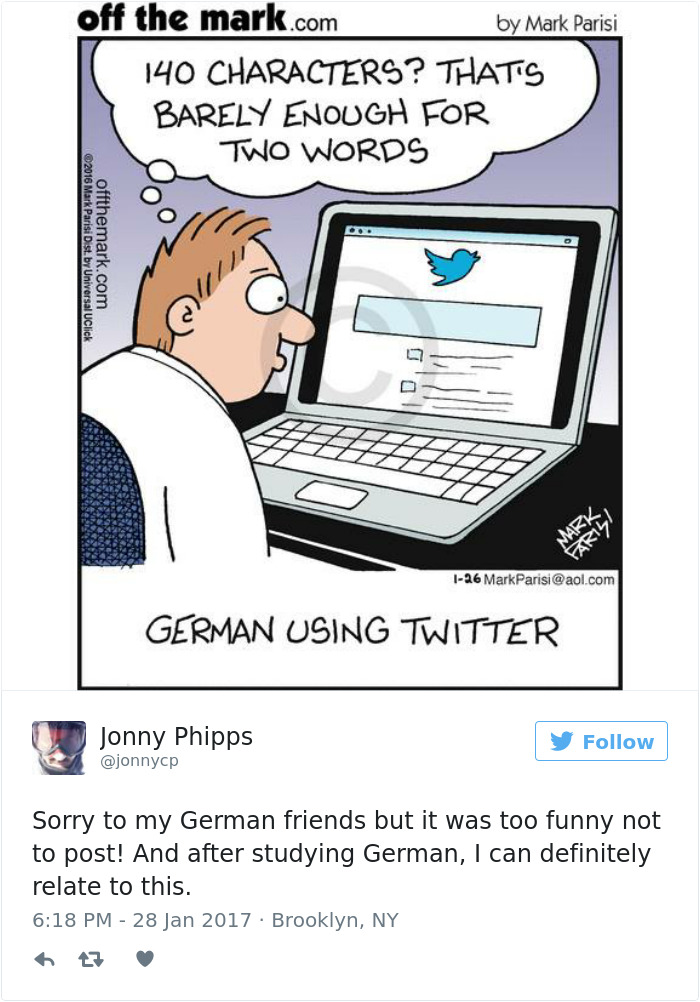 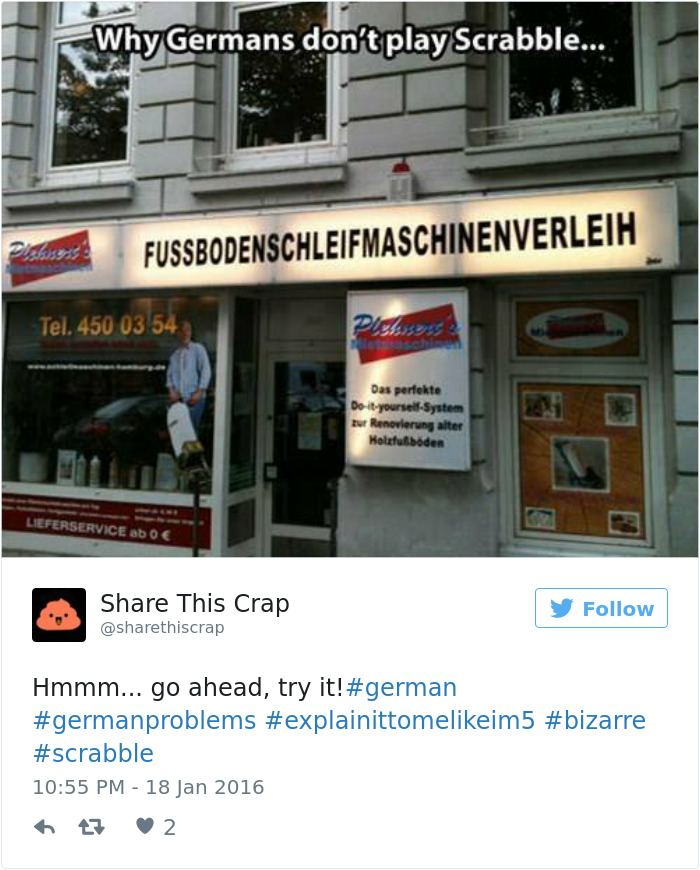 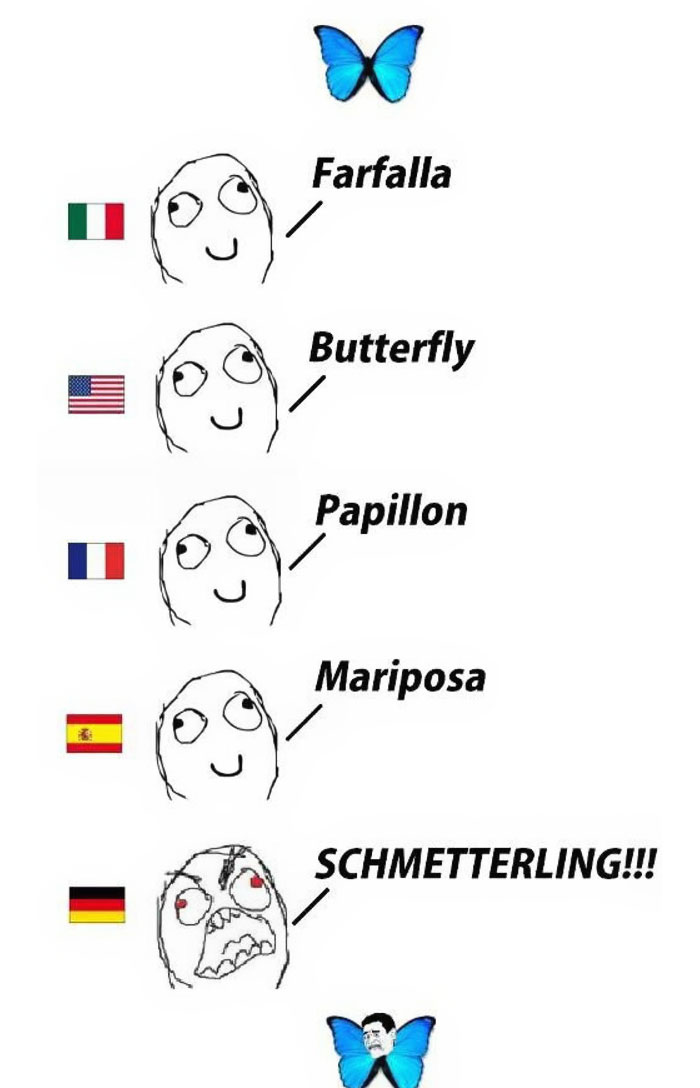