You might not have heard of the quokka before, but there’s a good chance you’ve seen pictures of them floating around the internet. They’re distinctive because of their cheeky little grins, and it’s no surprise that they’re often referred to as the happiest animals in the world.

Quokkas come from the same family as the kangaroo (called Macropodidae) and they live on a handful of small Australian islands such as Rottnest Island and Bald Island. They can live for up to ten years, and just like other Macropods, the quokka is herbivorous and mainly nocturnal. Unlike many other animals however, the quokka, which has a “vulnerable” conservation status, isn’t very scared of humans.

They don’t seem to be scared of selfies either, and there was even a craze a few years ago that saw people taking pictures with the smiling little animals. It might seem like a fun thing to do, but remember that anybody caught handling or feeding them can be issued with a fine of up to A$300. It’s probably best to just leave them alone and enjoy this list instead. And no, before you ask, you cannot keep quokkas as pets!

Smiling Even When Asleep 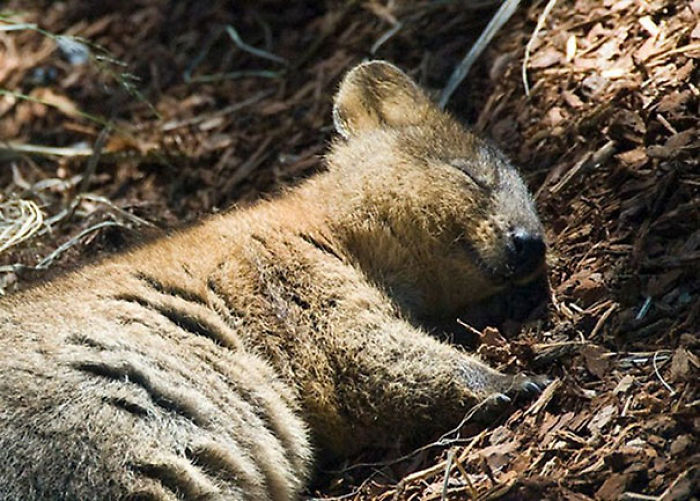 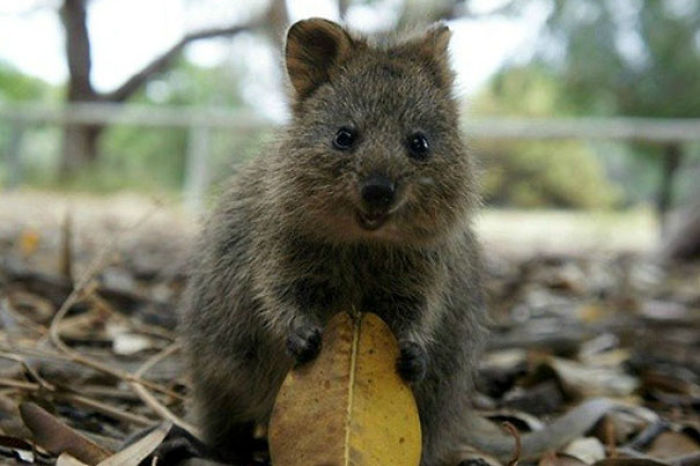 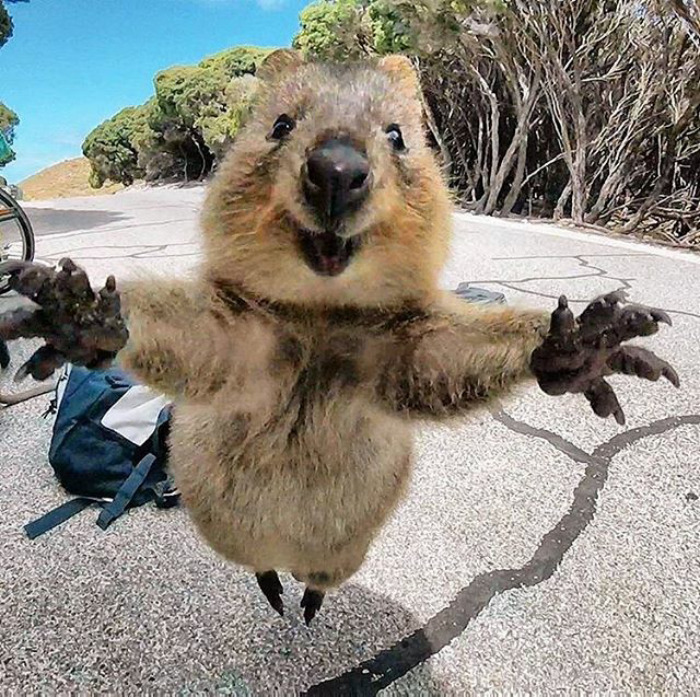 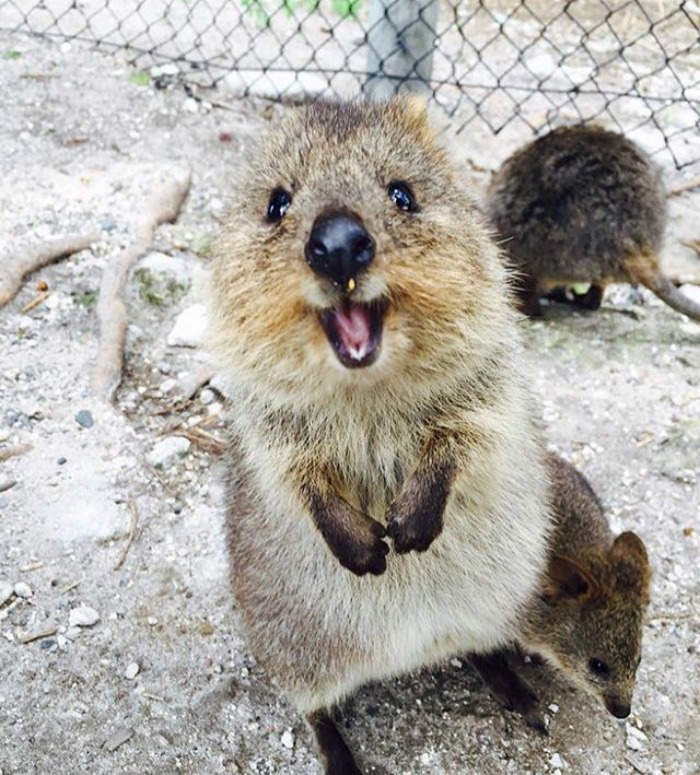 Smiling To The Camera 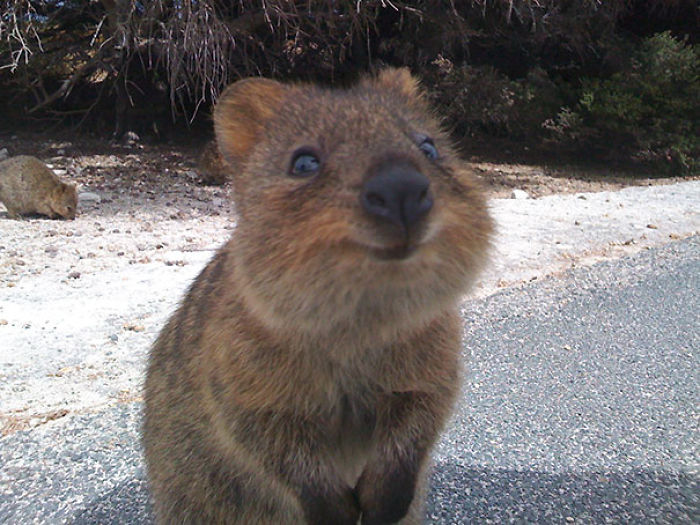 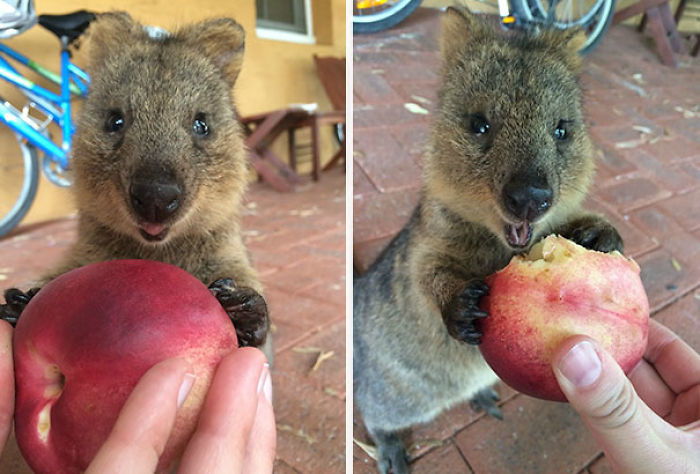 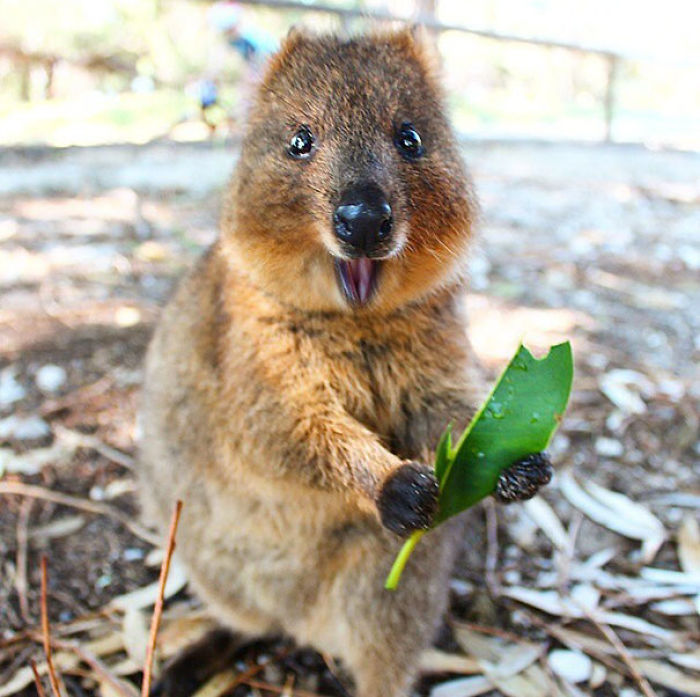 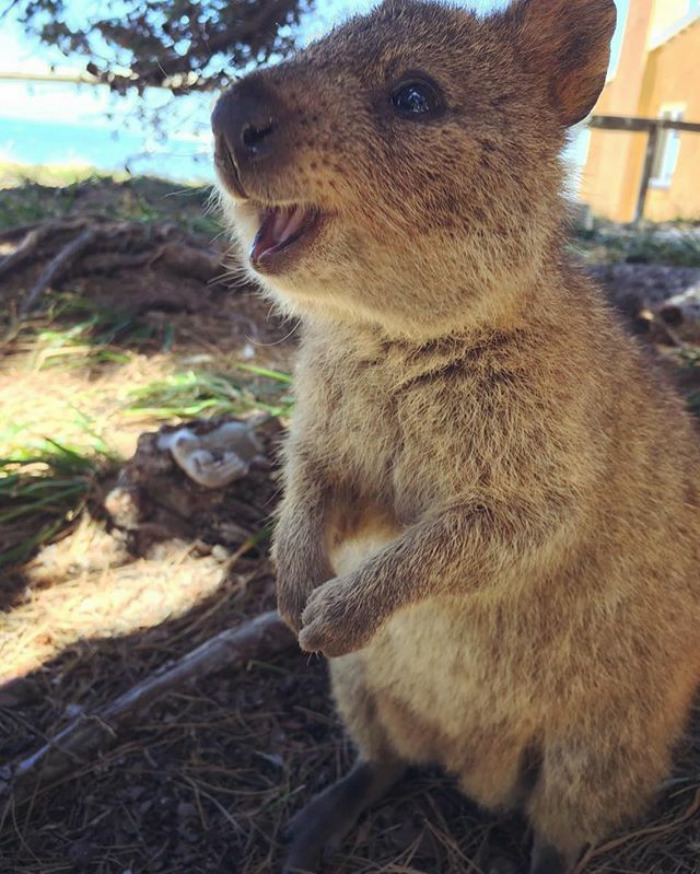 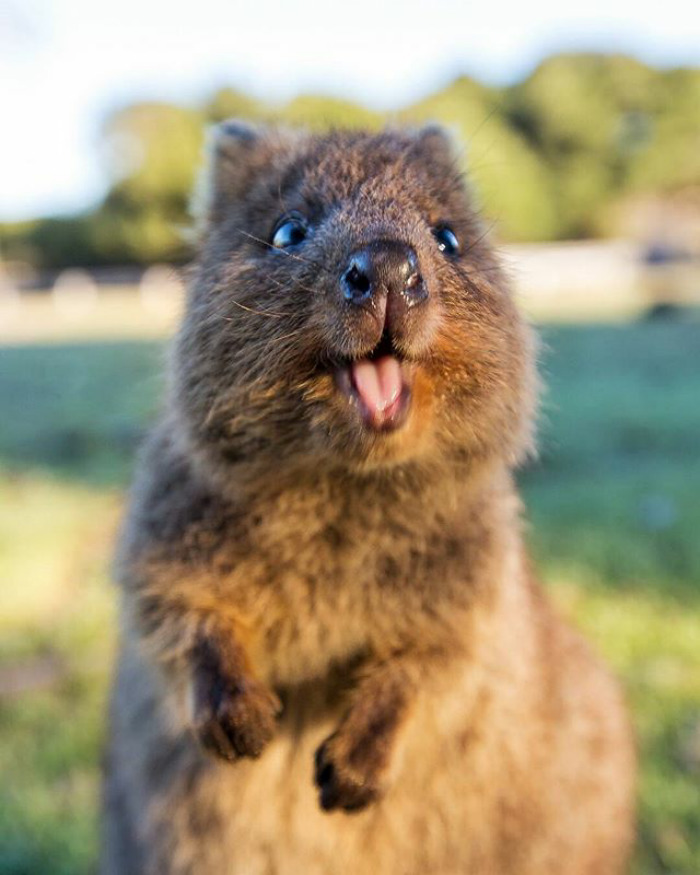 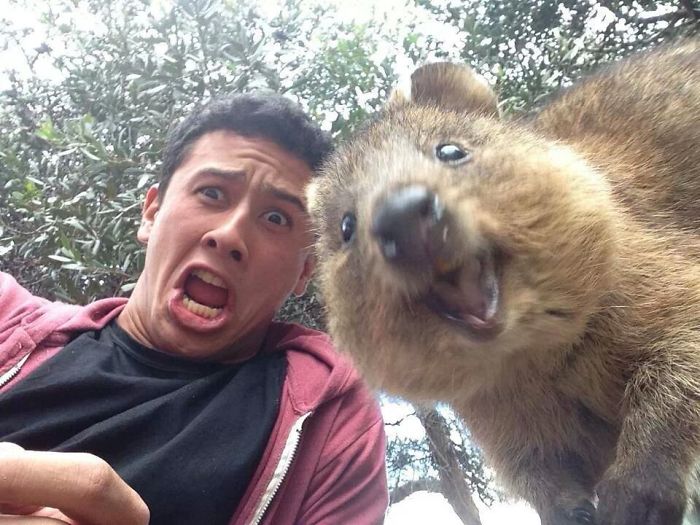