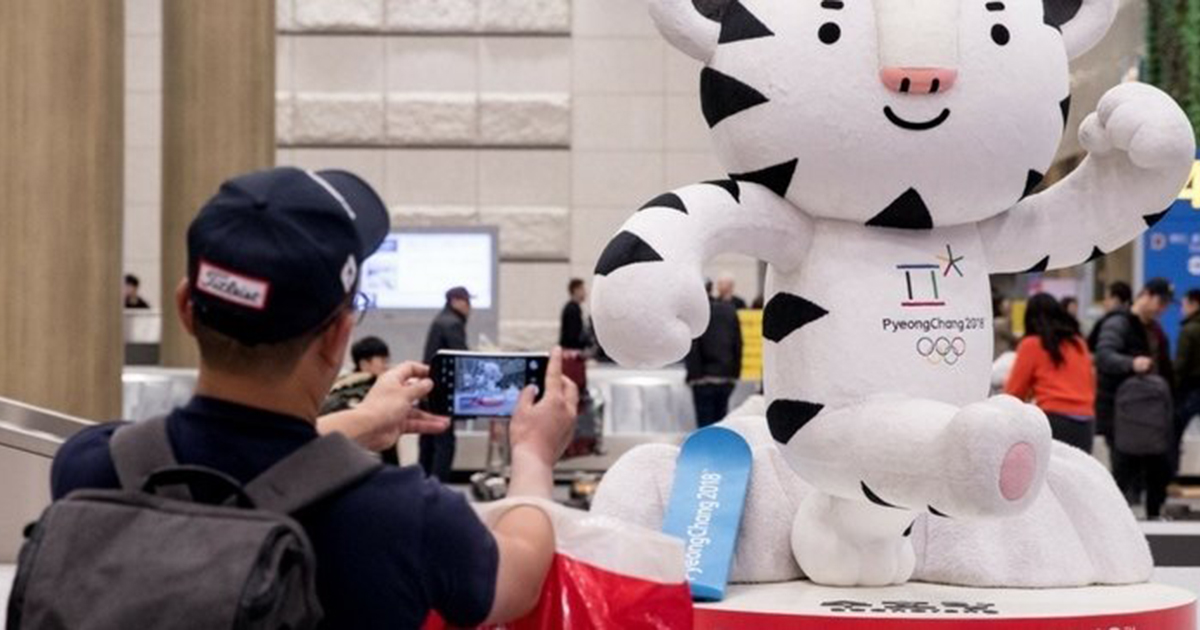 Host city PyeongChang, South Korea, has been busy in preparation for the 2018 Winter Olympics, which begin next week. It will be Korea’s first time to host the winter games since the Seoul Olympic Games 30 years ago in 1988.

Arriving teams and media personnel captured all the excitement around the city and shared their excitement on social media.

American skeleton racer Matt Antoine praised the Olympic Village lodgings, which is expected to host 2,925 athletes representing 90 nations. The village provides all the comforts of home, including shops, post offices, and various places for worship.

All checked into the @Olympics village! Room is nice, food is good, volunteers are awesome, and the weather is cold. Ready for these Games! #PyeongChang2018 #TeamUSA pic.twitter.com/G1r10MS37V

Our home for the next 23 Days. @KSL5TV #PyeongChang2018 pic.twitter.com/BTTBWJ3Eb0

The speed skating venue is quiet now, but it’s ready for some serious action next week.

Gangneung Science Oval it is pic.twitter.com/Dj0NkIjGDT

#Family on the wall #Ghana flag on the wall. My #Olympic home for the next 3 weeks! #Ghanaskeleton🇬🇭 pic.twitter.com/DlgUQ603Mc

She posted “Some of what we’ve seen on our first day in Pyeongchang for the #Olympics.”

Some of what we’ve seen on our first day in Pyeongchang for the #Olympics. 1. freaky mechanical fish at the media center pic.twitter.com/3SXz9BNnkF

A robots gets a time-out.

2. Robot cleaner (out of service) pic.twitter.com/KIgltRkZGb

In December 2017, the International Olympic Committee (IOC) announced that qualifying Russian athletes who’ve complied with the IOC’s doping regulations will be competing as “Olympic Athletes from Russia.”

The enforcement came after the Russian doping controversy, in which 42 Olympic medals were revoked due to doping violations 2014 Sochi Winter Games.

However, on Thursday, the Court of Arbitration for Sport (CAS) overturned lifetime Olympic bans from doping violations on 28 Russian athletes, citing lack of sufficient evidence.

Block observed how this room was particularly quiet.

It’s obvious who the sponsors are for the winter Olympics. But the Korean toothpaste brand was definitely not a sponsor.

4. Bath products in room: Pantene and Olay, are P&G, an Olympic sponsor. Korean toothpaste: not a sponsor. So they covered up the brand name with a white label. Because Olympics. pic.twitter.com/mnglOiRKx2

The small, white sticker was a poor attempt at concealing the Korean toothpaste to begin with.

5. (I took the label off:) pic.twitter.com/Vc2tFlYQDq

Not the peel-off label😂Hotel staff is snickering in the kitchen like yeah we ‘fixed it!’ #MarketingStrategy

Several nations were represented in the library.

7. I borrowed a book of poetry by Do Jong-Hwan: pic.twitter.com/isPA4Cf1oe

8. A broken door. And a promise. pic.twitter.com/VhlRyyisD9

They even had a party bus for the media.

On the road to Pyeongchang Olympics. Piste in the distance. pic.twitter.com/trI6FH4G0z

Chief writer and journalist for United Press International, Elizabeth Shim, filmed a sight that was in step with all of the excitement.

So many positive vibes headed your way @BrianTHansen . Take some time to enjoy every moment.

Sports broadcaster, Eilidh Barbour, may be freezing, but the majestic view can’t be beat.

Two-time Canadian gold medalist, Catriona Le May Doan, catches up on some R&R before the competition.

Made it to the Olympic Media Village in Gangneung. There are even these special embroidered towels #pyeongchang2018 pic.twitter.com/XXtUkNUkBx

The 2018 winter Olympic games start February 9 – 25. Best of luck to all the competitors.