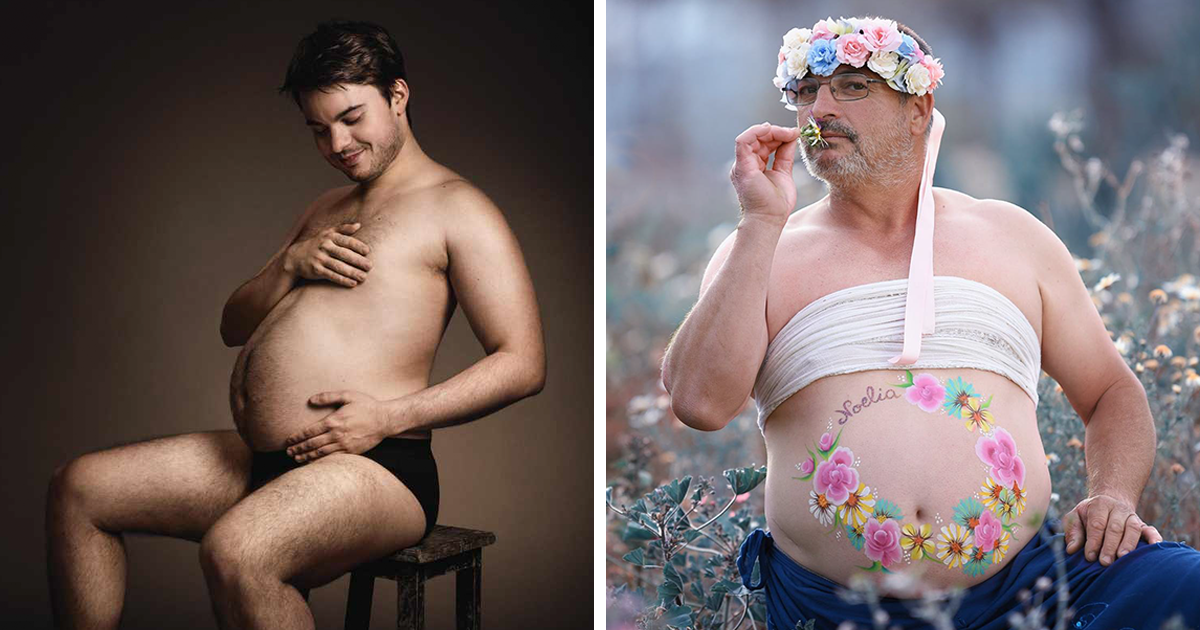 A couple expecting a baby is a beautiful thing. It is a time of excitement, high expectations and not a little nervousness.

The mother-to-be is rightly the focus during this period, she’s the one carrying the precious cargo after all, and she gets all the support and attention she needs. Baby-showers, compliments a-plenty, snacks on demand and a glowing, artistic maternity photoshoot. But what about the man? What if he wants a little attention too?

Turns out, he can go and get a maternity shoot of his own! Provided he has the right belly for it of course. In what’s being dubbed as a ‘man-ternity’ photoshoot, guys are delicately cradling their bulging beer guts in a hilarious parody of the real thing, and it has to be the ultimate celebration of the ‘dad-bod.’

German brewery Bergedorfer Bier brought the trend into the mainstream, and many guys have since tried it out for themselves. There are of course many people who balk at the glorification of excessive alcohol consumption, bad diet and general lack of fitness, and they probably do have a point. But for pure, tongue-in-cheek fun, these pics are hard to beat!

Scroll down below to check out some examples for yourself, and let us know what you think in the comments!