The young girl poses confidently and defiantly in stark opposition of her bovine counterpart, and is meant to represent the fight for gender equality in today’s workforce. By standing up to the ‘bull’ of male dominance, especially in the business world, she empowers women to do the same. A plaque fixed to the ground in front of her reads “know the power of women in leadership”.

State Street’s campaign is rolling out just in time for International Women’s Day, and in addition to the powerful statue which will stand in Bowling Green Park for a week, the powerful money manager has sent letters to 3500 companies asking them to add more women to their boards. They have vowed to vote against any that don’t comply, a hugely important step to be taken by such an influential corporation. 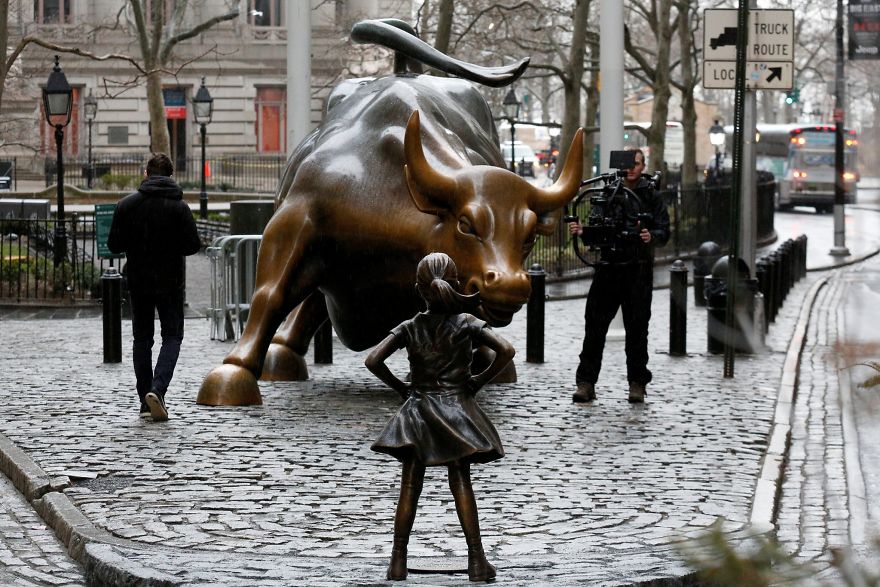 A symbol of the fight for gender equality in the business world, she is part of a State Street campaign to empower women 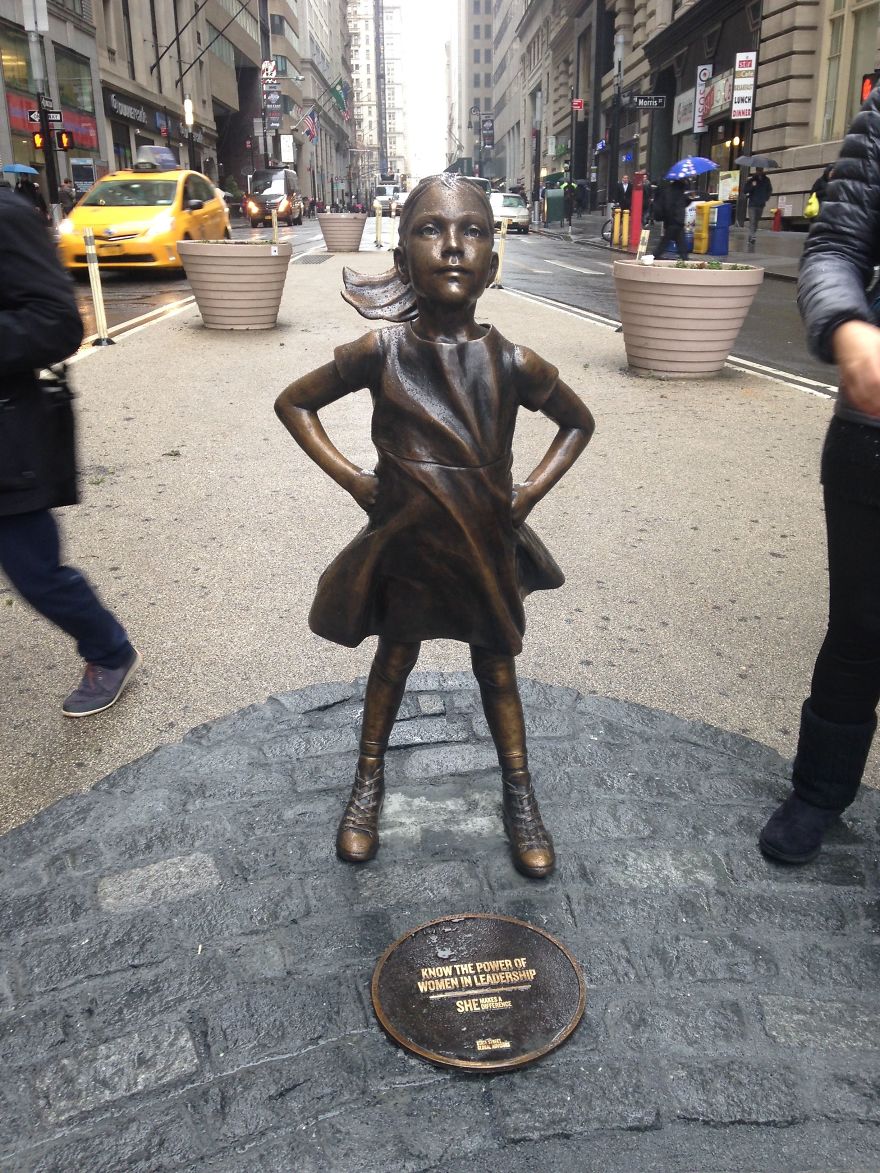