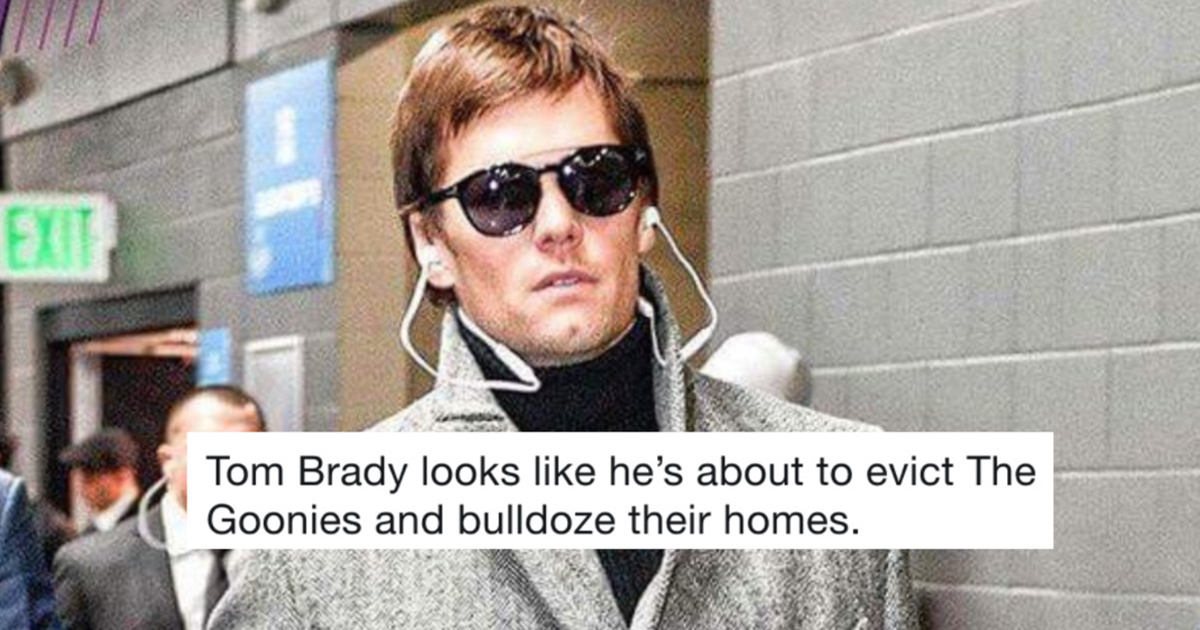 Tom Brady is a little bit more stylish than your average football player. For one, he’s extremely wealthy, so he can afford to buy “cool” clothes. Plus, he’s 40 now, which is well after a man should start dressing with some class and style (at least according to the editors of GQ). But really,  he’s married to supermodel Gisele Bundchen, so he’s got more access to high fashion than other NFL players might, and perhaps also a standard he’s expected to keep.

Which probably explains why Brady arrived at U.S. Bank stadium in Minneapolis for Super Bowl LII yesterday wearing this very chic grey-striped trench coat. While he’d ultimately lose with the Patriots later in the day, Twitter seized on Brady and his look. Was he an eleventy-time Super Bowl champion,  Communist-era East German spy, or something far more sinister?

brady looks like the overconfident european assassin who dies in the last twenty minutes of an action movie pic.twitter.com/dXvX47xtxS

Tom Brady looks like he’s about to evict The Goonies and bulldoze their homes. pic.twitter.com/G054A3wQRs

Tom Brady walking in like a character from Zoolander 5. #Eagles #SuperBowl #FlyEaglesFly pic.twitter.com/9EO5kqT1iV

The Derek Zoolander School for Kids Who Can't Play Football Good and Want to Do Other Stuff Good Too pic.twitter.com/5xTPXhTFuF

Tom Brady looks like he moved to Berlin to kick a cocaine habit and work with Brian Eno pic.twitter.com/xI5lkrAMW8

Tom Brady needs your clothes, your boots and your motorcycle. pic.twitter.com/5xxhVBsyL7