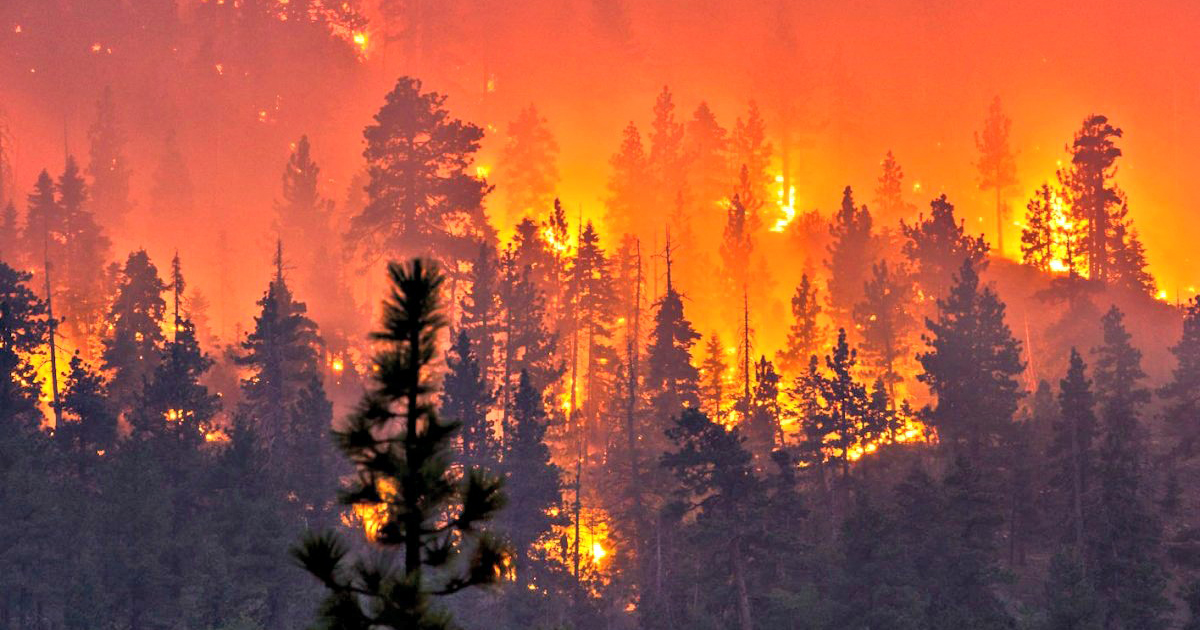 The Northern California wildfires are fast-moving, unpredictable, and for some, unsurvivable. The videos below will show you what it’s really like, trying to survive an ever-changing inferno…and why you shouldn’t wait for the official evacuation order.

A lot of folks have been critical, saying blithely, “They knew there was a fire. They should have evacuated.” It’s important to understand that it doesn’t always work like that with wildfires. Armchair quarterbacking is easy. Fleeing when the car your driving literally catches on fire and the smoke is blinding you is not easy.

First of all, fires move rapidly. You can be in no danger whatsoever and just see a fire on the distant horizon, and then minutes later, it’s at your back door. Secondly, they change courses. Many times, the fire gets ahold of some new fuel – like a home, tall grass, or trees, and the course veers in that direction. Finally, high winds have propelled these fires rapidly and fanned them to new heights. Every fall, California has something called the “Diablo Winds.” These are seasonal gusts that can reach as high as 80 mph and cause extremely high fire danger. When coupled with existing fires, it’s nothing less than the perfect storm.

October is often the worst month of the year for wildfires in California. Not only is it the time when the Diablo winds (or Santa Ana winds in Southern California) kick up, but it’s also the driest month. California has a long dry season. It isn’t unusual to go without a single drop of rain from May through the end of October. Because of this, all the lush grass that grows during the spring rainy season is dried, crisp, and tragically perfect fuel.

In situations like this, there is often little to no warning before the fire is roaring through your property. The fire may be miles away and heading in the opposite direction one minute, then turn on a dime. Then suddenly, you find yourself directly in the path of an inferno. If you’re lucky, you escape unscathed with your life but lose all your worldly possessions. Many people have not been lucky.


15 large wildfires are blazing through Northern California’s wine country. 40 people are confirmed dead, hundreds are missing, more than a 100,000 have evacuated, and nearly 6000 homes and businesses have been completely burned to the ground. Thus far, the damage estimate is more than 3 billion dollars.

The following video and stories show you what the Northern California wildfires are really like.
This video is shot from a fire engine from Berkeley, California on the day Santa Rosa burned. It gives you the firefighters’ firsthand view of the destruction and the speed with which it was wrought.

This video shows the utter devastation from the wildfires and includes clips of people escaping with only their lives.

These two roommates left with their dogs as the fire jumped the hill behind their home, narrowly escaping death. (Strong language)