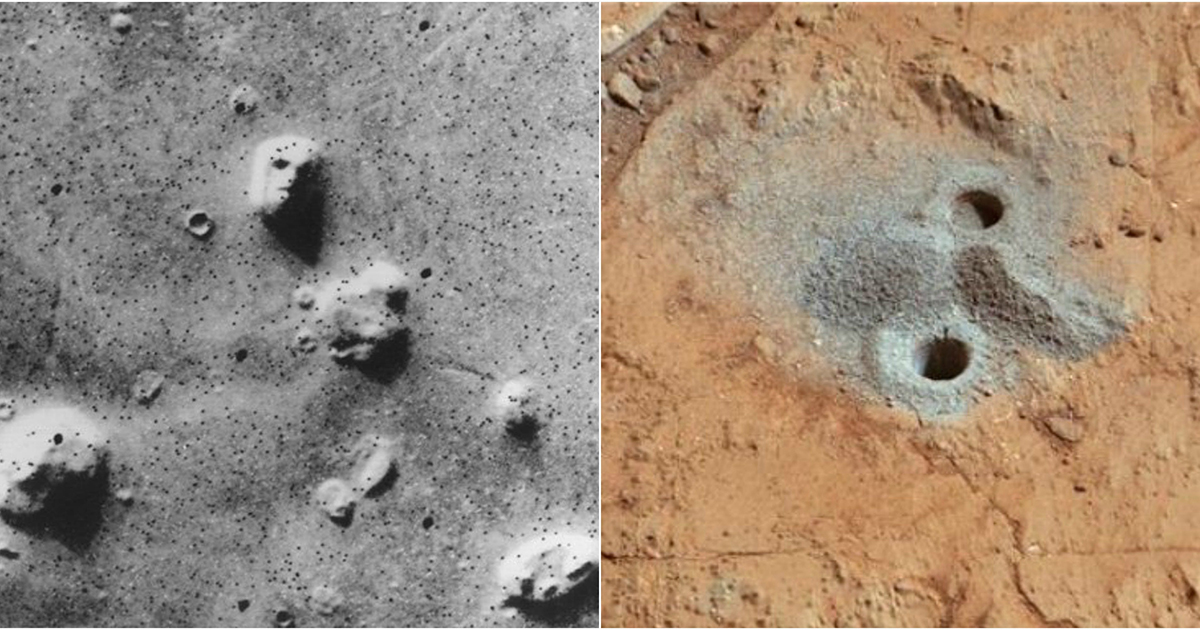 You know what’s so great about living in the modern era? It’s that magic and superstition are no longer the go-to explanations of various weird phenomena that we cannot explain. We don’t look at something we don’t understand and then immediately drop to our knees and start praying, or sacrifice a goat, or burn some poor hapless lady in order to please some deity somewhere. We have science on our side, and if science doesn’t have the answer, we can simply rest assured that science will eventually find the answer.

Sometimes, of course, the things that confuse us and go unexplained can sometimes not only defy the attempts of any scientist, but defy even all the rules of nature and logic that any human being could ever conceive. Some of these phenomena sound like they’re from a really, really bad horror or sci-fi story. When hack writers end up making stuff up that not only appear in real life, but are even stranger than any fiction writer, you know you have a really scary situation on your hands.

Thankfully, none of these incidences are on par with Stranger Things or whatever other horror TV show is going on at the moment (which kind of stinks, because I think having scary monsters to shoot at might be exciting, as long as I’m the grizzled Snake Plisskenesque hero with his array of fully-automatic weaponry. It would be terrible to be a random stooge who needs to die to show how tough the monster is)

So let’s have a look at these phenomena. Here are the 15 strangest phenomena of the last decade that have managed to baffle all scientists so far.

Hit on the head = instant genius

Jason Padgett was a college dropout who hated math the same way many kids in grade school hate it. So far he seems like a totally normal person, until he suffered a rather serious head injury. Now under normal circumstances this usually results in a loss of cognitive function, memory loss, and the general incapacity to do fun things they normally enjoy, like doing math. Did I say he used to enjoy math? NO, I mean he started to enjoy it AFTER he had this head injury. The injury he suffered not only kept his regular brain functions, he also became a math genius as a direct result. He has something called ‘Acquired Savant Syndrome’ which is an extremely rare condition that only 40 known people have. Basically it’s when you get hit in the head, and then go on to write music or paint beautiful paintings even though you never cared for music and never picked up a brush in your life.

No one knows how it works. But if they ever found out, someone is going to invent a head-knocking machine to take advantage of it, mark my words!

Florida is a land of beaches and sunshine, the California of the East Coast basically. Other than the scenic wonders, it also has snakes, alligators, and turtles. One of those things is not like the others, one of them is not the same, and one of those things has had researchers and people baffled to their wits end, especially at Keystone Heights. In 2012, residents of the Heights noticed that a few dozen turtles all seemed to have died in a bizarre line-up, and no one could ever find out why. The only thing they ever found was that it was not a ‘traumatic’ death that caused it, meaning no one poisoned them or used physical force against them. Were they all part of a turtle death cult that decided they all must die at that spot to go to turtle heaven or what?

Dracula during the day?

In 2013, in the nice land of Chile in South America, someone who was walking through the beautiful Bustamante Park near the Chilean capital of Santiago, Chile was taking in the sights, seeing the birds and the trees and the giant man-bat creature flying across them. Wait, that doesn’t sound right. But the crazy thing is the guy wasn’t lying. Just what manner of monstrosity is this thing? And more importantly, can we recruit it so that Disney can turn its life story as a jungle vigilante into something that’ll rival the Batman franchise. After all, what is better than Batman aside from an actual bat-man?

Reincarnation stories happen all the time…

Reincarnation is something that is a part of several major religions, both past and present. Hinduism is a reincarnationist religion, and the Ancient Egyptians were huge on that. But does it exist? All we know are anecdotes and that’s it. Yes, there ARE anecdotes of people having lived past lives that actually make too much sense. I won’t get into the older case of the boy the late ’90s (and I wonder where he is now). But a few years ago another similar case popped up that is just as baffling. A 3 year old boy in Israel claimed that he was murdered in a previous life with an axe. So far it is nothing more than a disturbing story told by a very young child. Except that he did point out the location where his old body was buried, and it turned out that he was right on the money.


The police discovered a dead body that was a victim of an axe attack with the exact description of the injuries. They did not know about the body and it was the first ever time anyone heard of this incident. The only way the kid could have found it was by being the previous person.

In 2014, the year of the Mars Rover that took only a small percentage of the 2014 summer Olympics to put on Mars (where are our priorities, humanity?) and it has discovered some rather interesting things, and the most interesting so far is a bunch of rocks that look suspiciously like human bones. We know that when bones fossilize, they can give the appearance of rocks. So what are they? Just rocks that happen to look like bones, or are they the other way around? With conspiracies of an already existing Mars colony that has been hidden away from the public for decades, it’s getting harder to tell.

The man stuck in déjà vu

Déjà vu is an interesting condition that happens when you start to do something you’ve never done before, or go into a place that you’ve been to before, and then you have this damning sensation that you’ve been there, done that, and you have no idea why. Some say it is a sign that you’ve done this in a previous life, or something of that sort. But either way, it isn’t something that happens every day. That is, unless you are a certain young man who’s identity has been hidden from the public due to medical non-disclosure clauses. He has suffered from déjà vu for literally every single day ever since he had an unfortunate accident, and the confusion that resulted from it has almost completely ruined his life. He dropped out of school, and he can barely even handle his daily life.

The craziest thing is that no one knows why the injury caused it, and how he can be cured. It is the first ever instance of psychogenic déjà vu that is triggered by anxiety.

Spontaneous combustion, and the survivors…

Have you ever had one of those days where you were walking down the street, minding your own business, and then suddenly you find yourself on fire? I’m telling you, those are the absolute worst days ever. Spontaneous combustion is a phenomenon that has baffled many scientists for years. Sometimes it can be explained by things like smokers who were having a bedtime cigarette and fell asleep with their burning cigarettes in their mouth and set their bed on fire. But most cases are unexplained with nothing but pure speculation, like the case of a 21 year old boy in Edmonton, Canada, in 2014 who wasn’t smoking, but still woke up when he was on fire. His entire body was treated for 2nd degree burns, and the doctors who helped had absolutely no idea what happened. On a positive note, the young man is still alive, thankfully.

Lake Michigan is one the three Great Lakes of North America, the largest bodies of freshwater in the world. It is also the only Great Lake that is situated entirely within the United States. Where there is water, there are boats to sail on it, and where there are boats, there are shipwrecks. This isn’t a ‘which came first, chicken or egg’ question. The boat or ship came first – that is beyond question.

Except for maybe this one. In 2011, two American treasure hunters were searching for gold in Lake Michigan. What gave them that idea that there was gold there, I don’t know. But what they did find was the remains of a 17th century ship that they believed was called the Griffin, that belonged to a French explorer called Robert de la Salle in 1679. Of course they actually didn’t know that, because no such record exists of any ship during that era, and how did such a ship end up in Lake Michigan at that time and place is an even bigger puzzle. Did it warp there from the Bermuda triangle or what?