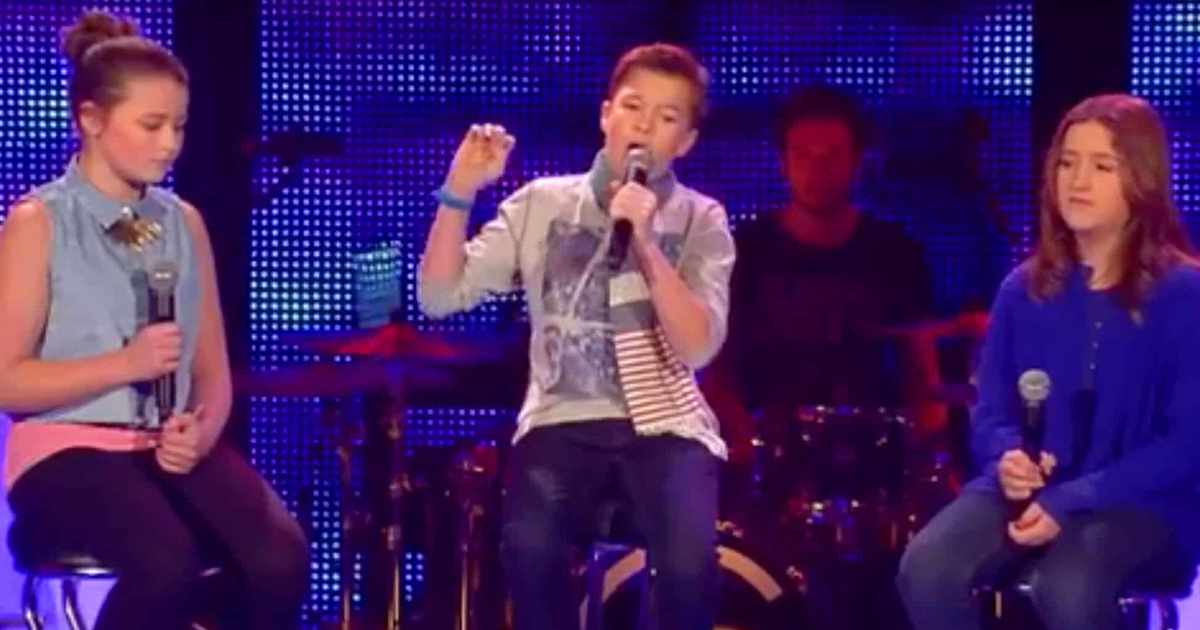 The Christmas period gives us many magical things; snow, time to bond with family and seasonal music. And though this specific song does get heard throughout the year, Hallelujah has some additional significance during winter.

The Leonard Cohen classic has been performed by a countless amount of people in different languages and styles all over the world.

But there’s a version that is hauntingly beautiful, with such powerful vocals and stunning harmonies. And it’s sung by 3 pre-teens.

That’s right, on Germany’s version of The Voice Kids, 3 youths were facing off in the battle round. 12-year-old Patrizia, 11-year-old Helen and 12-year-old Simon were fighting for their place in the next round.

But this battle was something quite spectacular, rather than the trio fighting for vocal dominance, they actually performed such a beautiful rendition as their voices melted together to create the most angelic of sounds.

The judges (and the audience) were thoroughly impressed with the performance. And I’m sure you will be too!


We love hearing from you. So watch below and let us know what you think in the comment section.