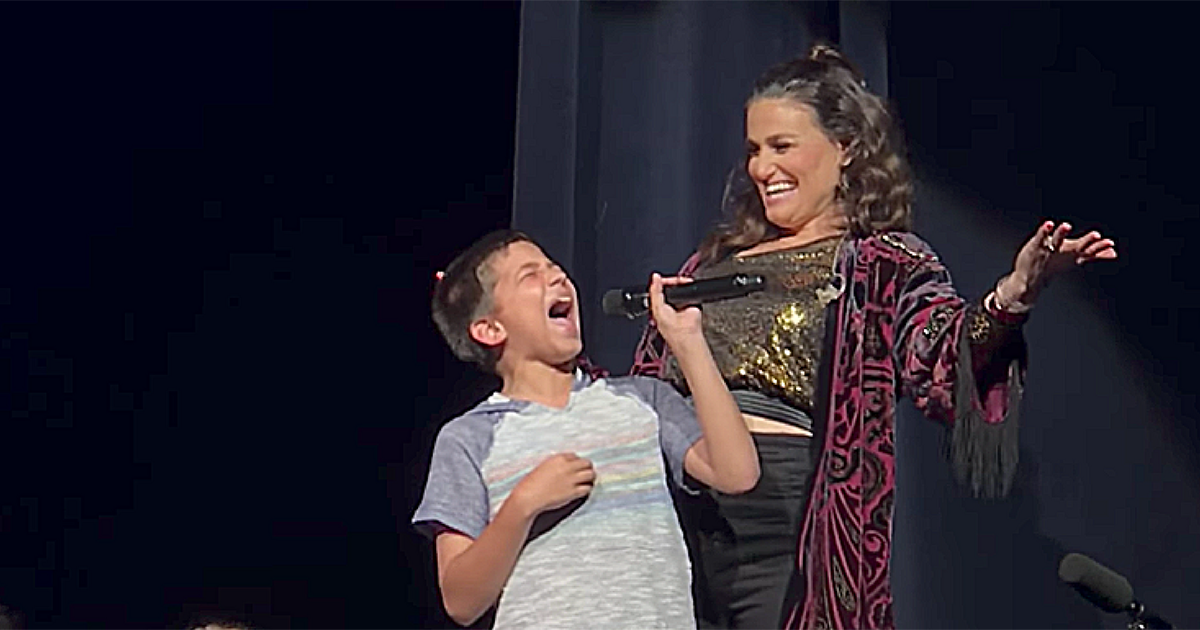 An 11-year-old from Texas wowed the crowd—and Idina Menzel—during her July 30 concert when the Frozen singer and actress asked for volunteers to sing with her.

In a YouTube video capturing the magic, Luke, the preteen with impressive pipes, is seen immediately called upon by Menzel and is clearly the only boy in a crowd of girls.

Though Menzel said boys usually tell her they don’t like “Let It Go” and prefer Justin Timberlake’s track from the movie Trolls, Luke couldn’t have been more in opposition.

“Heck to the no,” he replied, shaking his head in disbelief. “I’m offended.”

When it came time to sing the song, it only took a few bars for Menzel and the crowd to realize that he wasn’t just a fan but a full-fledged musician himself.

Menzel offered to let Luke sing a different song since the crowd cheered through his first performance, but he chose to sing through the chorus again, adding in extra frills that even the most shameless of shower singers would be embarrassed to try aloud. Luke even got to wrap up the segment with Menzel, all by himself.

“I can’t sing it like that,” Menzel told the girls on the stage. “I’m gonna try tomorrow, I’m so inspired.”


Luke told news station WFAA 8 that he’d never received a standing ovation before, but he’s already ready for his next performance.