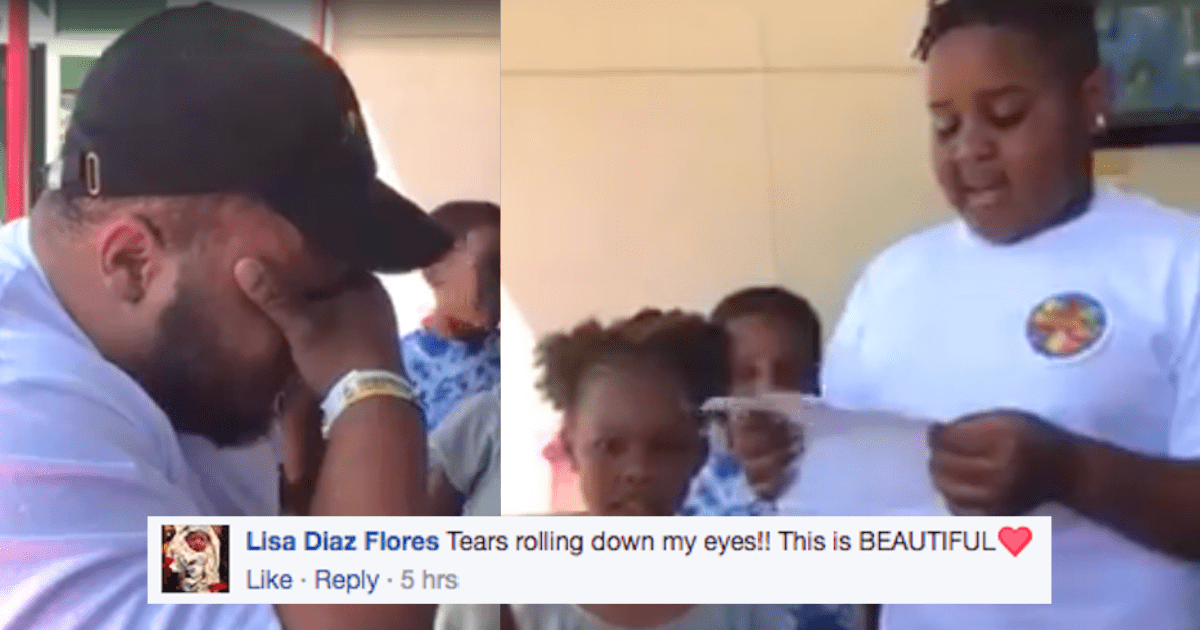 Family is one of the most important things in life, and that couldn’t be truer for Kalani Watson from South LA, who had a very special request for his 10th birthday.

On his big day he handed his stepdad, Brandon Williamson a box which contained official adoption papers, and luckily his mom, Porche captured the whole thing on camera and since being posted to Facebook has received over 3 million views.

But it’s Williamson’s response to his stepson which will really bring on the tears. Of course, he accepted the request and his mom later posted on Facebook:

“My son asked my husband if he can adopt him!! I swear this was one of the best moments since we’ve been together. Thanks for always loving him unconditionally and treating him has yours from the beginning. Us against the world!! Forever and always!! Let’s make it official!!”

You can watch the emotional video below, but be sure to have some tissues at hand as I really couldn’t hold back the tears when watching.