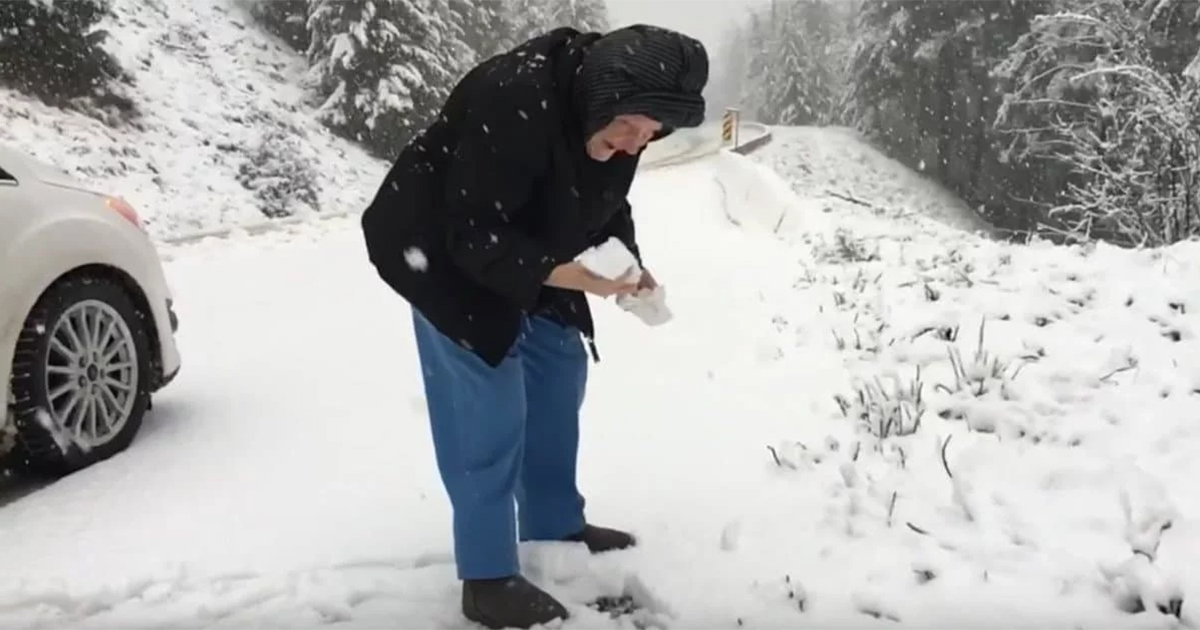 Living to be 101-years-old is a pretty impressive achievement; a lot of people don’t get to be anywhere near to that age. So it’s amazing to see, that even at such an old age, this elderly lady still manages to be as excited as a child when it comes to seeing snow.

When your family member is 101-years-old, it’s important to treasure every moment because you never know how much more time you will be lucky enough to have with them. So when Armand’s mother hopped out of the car, after seeing the beautiful layers of snow around them, he had to record the magical moment to keep as a memory forever.

Armand and his mother had been driving in the snow, when they had taken a wrong turn and had to turn the car around. Before Armand could drive on, his mother’s car door flung open and she hopped out of the car to admire the crisp, white snowy landscape.

Rediscovering her inner child, his mother collected a pile of snow in her hands and immediately began to mould a perfect round snowball. Once she had admired her handiwork, she threw the snowball out into the trees and giggled in delight as it shattered into a hundred specks of ice.

When you have a mother that’s 101 years old, it’s a good idea to keep the camera nearby for those special moments. This is one of those.

It’s impossible to watch the video without a big smile plastered across your face as you watch her pure joy at playing in the beautiful snow. It just goes to show that you’re never too old to enjoy the wonders of life, as simple as a snowy day.

If you loved this wonderful video as much as we did, be sure to leave your thoughts in the comments below and share with your friends.